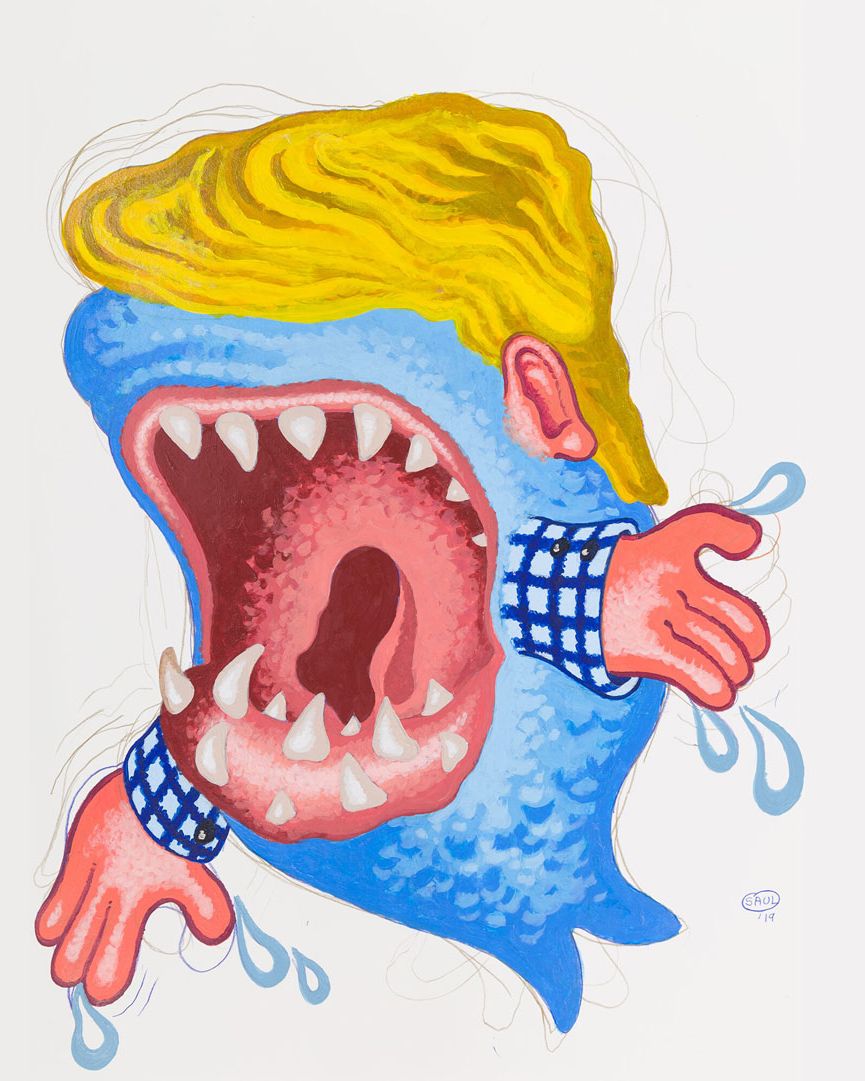 The message of massive electoral fraud was repeated ad nauseam by the president, then taken up in chorus by his supporters, like a religious chant, until the day after the vote, always in total contradiction of the facts.

In the aftermath of the American presidential election last Nov 3., a columnist for The Washington Post, Max Boot, a specialist in national security, has publicly thanked the good Lord for the great incompetence of Donald Trump, who, fortunately, “can’t even organize a coup d’état properly.”

All year long, and long before the ballot boxes had their say, the outgoing president sought to lay claim, by any means and by any lies, to the result of the vote that overwhelmingly went for his opponent, Democrat Joe Biden. “But, mercifully, that is not happening,” Boot wrote.

The year when the American president’s attempted coup d’état didn’t work: this is the memory that 2020, which is coming to an end, could finally leave in people’s minds, as the unpredictable gesture has also proved to be as inadequate as it was unprecedented.

“We have been confronted by a behavior unique in the history of the United States,” David Karol, political specialist at the University of Maryland, commented in an interview with Le Devoir. “Other presidents before Donald Trump have lost elections, sometimes not by very much, but they never questioned the legitimacy of the result, and much less sought to undermine the credibility of the electoral system.”

“This is the kind of thing you expect to hear from Robert Mugabe (former president of Zimbabwe), Alexander Lukashenko (president of Belarus) or Nicolás Maduro (president of Venezuela)— not from the leader of a constitutional republic,” Boot wrote in the Washington newspaper last Nov. 6. “No president in our history has mounted such a blatant assault on our democracy.”

The plan had been carefully prepared, with the first strike against mail-in voting deliberately launched by the president on April 8. At that time, Trump described this process, which the coronavirus pandemic was preparing to expand, as an obvious source of fraud. Without giving any proof.

The message of massive electoral fraud was repeated ad nauseam by the president, then taken up in chorus by his supporters, like a religious chant, until the day after the vote, always in total contradiction of the facts. No study, no election specialist, no public inquiry, in the past, has shown links between mail-in votes and electoral fraud.

Unsurprisingly, after having falsely declared his victory on the night of the vote, even though the count was far from over, Trump went to court in the states where he lost to try and overturn the vote, to favor him. In total, he issued nearly 60 requests for recounts, notably in Michigan, Pennsylvania, Wisconsin, Georgia and Arizona, contesting the validity of the mail-in votes cast for the Democrats. In vain.

In the states won by the Republicans, the mail-in vote never came under question, thereby confirming that for Trump, a fraudulent vote is in fact any vote for Biden. In Wisconsin, the second count demanded by the Republicans did indeed make it possible to find 87 lost votes … but for the Democrats.

“Trump has failed in part because the judges, including several that he nominated, have rejected his unsubstantiated claims by an overwhelming majority,” Karol summarized. “It’s the same for representatives in the Republican states, governors, secretaries of state and legislators, who have followed the law and certified the results of the election, while refusing to assign their electors without taking into account the votes cast by the electorate.” And this isn’t for lack of pressure, both publicly and privately, by Trump to do so.

At the start of the month, the president’s cries of indignation of electoral theft and fraud were dismissed by federal judge Linda Parker as simply “speculation and conjecture.” She then rejected the president’s legal team’s demand to invalidate Biden’s victory in Michigan. “The people have spoken,” she said, putting an end to it.

In Georgia, Lt. Gov. Geoff Duncan, a Republican, even expressed his impatience with the repeated baseless accusations of fraud against the electoral system by speaking of “mountains of misinformation” which take less than 10 seconds to disprove.

Elected Republicans were, however, less likely to call the president’s false claims of electoral fraud into question. Worse still, on Dec. 11, 106 of the party’s newly elected members of Congress joined the president in denouncing a fabricated stolen election and, above all, called for the reversal of the results in the November election. Around them, however, the justice system was in the process of bringing down the cases brought forward by Trump’s legal team — like a house of cards.

“Many members of the Republican Party in Congress were afraid that their political careers would prematurely come to an end if they were openly overly critical of Trump,” Karol explained in order to justify the irrationality of the gesture. “At the start of the billionaire’s presidency, two Republican senators, Jeff Flake and Bob Corker, are remembered for having strongly contested Trump’s power. Then, their political support ran dry very quickly, and they retired soon after losing their campaigns for reelection. The public has forgotten that. But not the members of Congress.”

On Dec. 14, the Electoral College confirmed the election of Biden, according to procedure. The latter takes office on Jan. 20. The New York Times has revealed that during a meeting in the Oval Office, in the days following the symbolic vote by the Electoral College, Trump seriously discussed with his inner circle the possibility of invoking martial law in order to prevent Biden from taking his place. The top brass in the White House, however, prevented his delirium from once again spilling over.

“It’s hard to say to exactly how much Trump thought his chances of success were realistic,” Karol said. “But in some ways, his coup was successful, since he has received $200 million since the election (through campaigns calling for his supporters to aid him in the fight against the electoral fraud that he alleges, and the stolen election that he was the victim of). If he had accepted the results quicker, he would never have received as much.”

An already failed coup d’état, but incredibly opportunistic? Maybe that is what just happened in the U.S., where “the array of laws and norms” that arose in the wake of Watergate and the Vietnam War to combat abuses of power now require a major overhaul, according to Bob Bauer, ex-adviser to Barack Obama, and Jack Goldsmith, assistant to the attorney general of the United States under George Bush, in their opinion piece published in The New York Times Dec. 18. “Now that Donald Trump’s time in the White House is ending, an urgent task is the reform of the presidency that for four years he sought to shape in his image and to run in his personal and political self-interest,” they wrote.

A way to call for the prevention of a future coup d’état. Or to assure that, like this one, those that follow always fail.