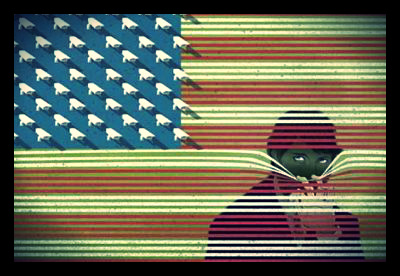 In recent years, anti-China forces in the U.S. have overlooked the reality of Xinjiang’s social stability, economic development, ethnic and religious unity, and improved quality of life. So much hype has been created within the international community around Xinjiang-related issues in repeated attempts to slander China and its governing of the province. Spreading absurd lies, they claim that Uighurs are mandated to attend reeducation camps, forced into physical labor and even face genocide. Recently the U.S. Embassy in China, which should serve as a bridge between the two nations and its peoples, forgot its original mandate and instead has become a vanguard for the spread of false information that tarnishes China’s name. However, anyone who is somewhat familiar with the U.S.’s history of development and foreign policies knows full well its efforts to interfere in Xinjiang and discredit China are really just cheap tricks to distract the world from the truth.

It’s common knowledge that for the longest time, the U.S. has flaunted itself as a “model civilization” and a “shining city on a hill.” Because it has considered itself “fit” to maintain moral order and protect human rights around the globe, it interferes in other countries’ affairs under the pretense of fighting for “human rights” and “religious freedom.” Such charades have actually worked in convincing those who believe the U.S. could do no wrong. They have taken its guiding principles as their own, and believed every fabrication to be true.

In reality, the facts speak for themselves, and a lie repeated 10,000 times is still a lie. With regard to human rights, the U.S. is quick to criticize other countries’ mishandling of human rights issues, yet the U.S. itself is notorious for such misdeeds.

The U.S.’s history of development, especially the westward expansion, is really just another name for what Native Americans and other Indigenous people remember to be a history burdened with the blood and tears of their ancestors. From the arrival of European explorers in the 15th century to the beginning of the 20th century, the population of Native Americans in the U.S. has drastically declined, from approximately 5 million to 250,000. This was due to the implementation of policies by the U.S. government as well as British, French, Portuguese and Spanish settlers, such as policies regarding “bison” and “scalping,”* and a westward expansion that contributed to the slaughter of millions of American Indians that lasted for centuries. According to statistics, in just the 19th century alone, the U.S. government launched more than 200 raids and sweeps on Native Americans, driving them further west to barren deserts and reservations scattered among different states. One might call this a clear case of genocide.

Nowadays, although the U.S. has abolished slavery and its government no longer carries out the systematic genocide of Native Americans, an abnormal amount of discrimination still remains. In a report released by the FBI in November 2019, it was revealed that 57.5% of the 7,036 single-bias hate crimes reported by law enforcement in 2018 were related to racial identity; additionally, 46.9% of these hate crimes were directed toward those of African descent. Of the 5,155 victims of racial hate crimes, 47.1% were of African descent.

The United Nations Special Rapporteur on contemporary forms of racism, racial discrimination, xenophobia and other forms of related intolerance pointed out that at the law enforcement level, the number of African Americans who experience abuse and/or are murdered at the hands of law enforcement in the U.S. is still staggering and rarely investigated; African Americans are 5.9 times more likely to be imprisoned than white Americans. Such high levels of incarceration are a remnant of slavery and segregation; African Americans are also more likely to be identified as criminals by police officers and subjected to cruel treatment.

With respect to issues involving freedom of the press, on one hand, the U.S. is eager to discuss the topic and criticize other countries, yet, on the other hand, willing to turn a blind eye to its own problems within this area. According to data released by the U.S. Press Freedom Tracker Dec. 19, 2019, a total of 38 American journalists were attacked, 28 were denied not allowed to cover public government activities, and nine were either been taken into custody or faced criminal charges. Since 2017, at least 54 journalists have been subpoenaed or had their notes confiscated, and 36 journalists were arrested while reporting on protests. Suppression happens even at White House press conferences. In recent years, reporters have been repeatedly reprimanded for raising questions that have made U.S. leaders “unhappy,” personally attacked, and reporters have had their White House press cards revoked.

With regard to religious freedom, although the U.S. claims that “promoting religious freedom [is] a core objective of U.S. foreign policy” and frequently accuses other countries of “restricting religious freedoms,” it too struggles with issues in this area. A survey conducted in March 2019 by the Pew Research Center, an American polling agency, showed that the vast majority of American respondents believe that there is religious discrimination in the United States, especially against Muslims. Some 82% of respondents believe that Muslims face at least some level of discrimination, while 56% believe they face high levels of discrimination. Some 63% of participants believe identifying as a Muslim will, to some extent, negatively affect one’s chances of finding opportunities in the U.S., while 31% believe it will severely affect one’s opportunities.

On the topic of diplomacy, while the U.S. often talks about its “friendship” with Muslim nations and tries to use Xinjiang-related matters to create tension between China and the Islamic world, the U.S. often commits deplorable acts that show disregard for Muslims around the world. This would include the indiscriminate bombing of Afghans, Iraqis and Syrians during wartime, wanton abuse of Iraqi prisoners, and imposing a travel ban that specifically targeted Muslim countries.

It doesn’t stop there, however. The U.S. still continues to cover up its own crimes through acts such as pardoning American soldiers accused of committing war crimes and obstructing investigations into crimes committed by U.S. military intelligence personnel in Afghanistan, even going so far as to impose sanctions on officers of the International Criminal Court.

From this perspective, the U.S. is in no way a “model civilization” nor the “defender of human rights.” It is a wolf in sheep’s clothing, adept at disguising itself and disseminating false propaganda. It criticizes other countries’ handling of human rights issues while at the same time turning a blind eye to its own shoddy track record. We can only say that all of this is an attempt to divert attention away from itself. These kinds of tricks will only delude you and others; they will only expose the U.S. as a hypocrite in front of the entire world. They won’t prove the U.S. to be a righteous nation, and most definitely won’t “make America great again.”

Jia Chunyang, Ph.D., is an assistant research fellow with the Institute of American Studies, Chinese Institutes of Contemporary International Relations.

*Editor’s Note: The precise policies the author is referring to here are unclear.