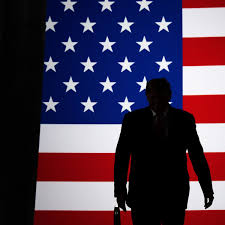 Americans should have been able to talk about — and celebrate — the historic election of Raphael Warnock, the first African American to represent Georgia in the Senate. Instead, Donald Trump rewarded Americans with a haunting, violent demonstration by his loyal supporters filled with harebrained ideas invading the corridors of the Capitol by the hundreds.

This is all the climax of an unhinged presidency! For the past four years, the world has said this man cannot do anything worse tomorrow than he did the night before. Less the president of the United States than ever, he became the leader of a gang on Wednesday, Jan. 6, and let the dogs out in the name of his fight for the “people.”

On the morning of Thursday, Jan.7, still refusing to accept that he lost the presidential election, and with a straight face, Trump promised an “orderly transition” after Congress, in the wee hours, finally confirmed Joe Biden’s victory in the presidential election last Nov. 3. And this happened as Washington murmured about the somewhat improbable removal of Trump immediately from office for inciting violence and insurrection.

While many of us have to pinch ourselves to believe it, the fact remains that what happened in the seat of Congress, against the background of lax response by the police this time compared with their repressive response to antiracism protesters in the wake of George Floyd’s murder, is only, in the end, the logical conclusion of a presidency that was built, on the negation and manipulation of the rule of law with the indecent complicity of a majority of elected Republicans. The American political class is in turmoil, and rightly so, but it is especially shocking to see these submissive Republicans shed crocodile tears over the “desecration of our temple of democracy.” Because they defended all of Trump’s insanity up until the last minute, Republican Senate Majority Leader Mitch McConnell and his gang are just as guilty as the president of the Jan. 6 desecration. McConnell’s acknowledgment of Biden’s victory really came too late.

Similarly, an obsequious Vice President Mike Pence took his time before standing up to his boss and defending democratic norms. Was this a salutary realization? No. It was nothing but a self-interested display of electioneering coming from a man who hopes to become president in 2024.

In fact, the extraordinary events of Jan. 6 did not discourage eight senators (Ted Cruz of Texas and Josh Hawley of Missouri, primarily) and more than half of the Republicans in the House to object that evening to Biden’s election, complicit with Trump’s lie that there was massive election fraud and that the election was “stolen.”

This movement will not go away on Jan. 20 when Biden is sworn in, because as we have frequently heard, the incendiary Trump is the symptom and the cause of a democratic malaise that is calling out the political class, regardless of a member’s partisan leaning. And under Trump’s presidency, it took on monstrously populist dimensions, with the disease and the symptoms now one and the same.

The chaos that showed up on Congress’s doorstep is not the sign of a fringe phenomenon. A poll released in December — and here again, you have to pinch yourself to believe it — showed that no fewer than 77% of Republicans believed, against all evidence, the conspiracy theory that the Nov. 3 election was fraudulent. This is a reality that experts call mass radicalization, where peoples’ confidence in the government, Congress, science and the mainstream media unravels under the recriminations of a nebula on the extreme right. It is a style that influential young “Retrumplican” wolves are exploiting, moving forward unmasked, young Retrumplican wolves like Hawley, 41, an outspoken critic of urban, coastal elites (read: Democrats) who is skilled at using a national populist discourse to defend the (white) working class.

That said, we forget, or nearly forget, that as a counterweight to the troubles on Jan. 6, Democrats gained control of the Senate thanks to the election of two senators in Georgia: Jon Ossoff, a young, 33-year-old documentary filmmaker, and Raphael Warnock, 51, a disciple of Martin Luther King Jr., two openly progressive candidates who beat two openly pro-Trump candidates. And their election, while narrow, is the sign of a promising sociodemographic evolution in Georgia. For Democrats, this is a major feat in a traditionally Republican state well-versed in strategies for suppressing minority voting rights. That is the real fraud. It is all a rebuke of Trumpism that comes at just the right moment.