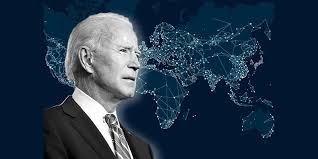 This is a good time to begin sorting through and aligning expectations. The diplomatic reset proposed by Joe Biden is being welcomed in Europe, but no one is in a position to act as if the last four years had never happened. Let’s start with Germany. The recent European Council on Foreign Relations survey of 15,000 Europeans in 11 countries reveals that Germans are the most anxious: distrust of the United States has grown, it sees China’s predominance as inevitable, considers the American system to be broken, and there is an increased desire to develop more independent geopolitical strategies. Or, as those in the German foreign policy community might say, the idea of “European sovereignty” is stronger and more relevant than ever.

Add to this idea two variables that demonstrate just how significant the relationship between Washington and Berlin will be for the new administration. The first variable suggests that the mainstream political establishment in Germany (Christian Democrats, Social Democrats, even the Greens) is taking seriously the possibility that Biden’s normalcy is no more than a temporary break from a deeper structural thread of American unpredictability. In other words, what happened in the Donald Trump years is too deeply etched to be simply wiped clean from one day to the next, and could very well reemerge in the 2022 midterms or 2024 presidential election. In portraying the European Union as an enemy, favoring a “hard” Brexit, befriending authoritarian leaders, characterizing the press and truth as enemies, unilaterally imposing sanctions, constant bullying of allies, or even moving troops without consultation, the Trump administration forged too harsh a divergent path for it to just be swept away by a fresh breath of optimism. It is true that the welcoming gestures toward Biden are genuine, and that, at all levels, the new faces in the administration bring with them an authentic appreciation of historic trans-Atlantic ties and are interested in working with the Europeans, joining together to confront common challenges, with China at the top of the list. But it so happens this second variable is far more complex than many had hoped.

The challenge of creating a unified European-American policy toward China was made starkly clear even before Biden took the oath of office. Berlin found it was imperative to quickly wrap up seven years of negotiations with Beijing and send a signal about the leading German role in post-Brexit European decision-making, in the process establishing its independence from any policy direction Washington might choose to develop with regard to China. Jake Sullivan, president Biden’s new national security advisor, publicly stated he wished he had been consulted before the trade and investment agreement between the EU and China was struck, an observation that seemed to ignore all that Trump had done to Europe with his many unilateral trade decisions regarding China. The notion that Beijing is a bipartisan priority in America, and that, stylistic changes aside, little or nothing will change strategically in the shift from a Trump to a Biden administration, carries some significant weight in the thinking of German decision-makers, and this pragmatic continuity has already been acknowledged by incoming Secretary of State Antony Blinken in his Senate confirmation hearing this week.

In the meantime, Berlin and other European capitals feel that the methods and goals of an evolving relationship with China must have a more pronounced European mark and be distinguishable from the American model. Among other things, this involves accommodating Chinese ascendancy in the least confrontational manner possible and Europeanizing negotiations based on the principle that the EU’s regulatory and normative influence is a geopolitical force capable of shaping China’s domestic and foreign behavior over time. This is a valid idea when it comes to the climate front, free trade, entrepreneurial reciprocity, taking responsibility for the efficiency of international organizations, reforming the World Trade Organization, or the stability of financial markets. But one also must recognize that this is an overly optimistic position, and that the past 20 years have produced more disappointment than victory, a trend that Xi Jinping’s imperial hegemony is unlikely to change. Nonetheless, it is a legitimate path, one that does not face particularly strident opposition from European leaders, and one that is obviously favored by the German leadership. It is surely no accident that Angela Merkel has chosen to visit China in practically each of the 15 years she has been in power.

In Washington, the approach is a distinctive one, less cynical and more unvarnished. It was that way under Trump, and will be again with Biden, aside from expected changes in form. Blinken has already spoken in the Senate about genocide in Xinjiang, agreed with trade boycotts and sanctions, proposed toughness in the relationship, and generally offered a totally distinctive political model intent on not losing any more ground to the international advance of authoritarianism and state capitalism. Accelerating Taiwan’s inclusion in international forums is another goal, reinforced by the decision to invite Taiwan’s diplomatic representative to the inauguration, a first in American history. These two distinctive European and American approaches lead to one conclusion: maximizing influence on China will require narrowing the gap between the two, with the European model becoming less cynical or pragmatic and the American one less aggressive and less focused on isolating China.

Objectively, it’s difficult to say whether the conditions even exist for any sort of common ground in the first few months of a Biden administration. It might be preferable not to fixate on policy positions or hold ourselves hostage to the fulfillment of grand trans-Atlantic initiatives and instead focus on those points of convergence where there might be some practical agreement: cooperation on mass production of the [COVID-19] vaccine, more ambitious goals for the climate conference coming up in November, concrete steps to reform the World Trade Organization and the World Health Organization, working on a trans-Atlantic trade and investment partnership agreement, guaranteeing the reelection of the U.N. secretary-general, or even taking up the Chinese challenge in NATO’s internal discussions by creating, as I have defended, a China-NATO Council.

The trans-Atlantic agenda is vital to European cohesion and overcoming the many challenges of globalization. It would also be valuable to the Biden administration, which, weighed down by the efforts to heal a wounded nation, needs more than ever for alliances to work well, and fast. The choices that Portugal makes on these various fronts will determine not only its place in the indispensable relationship with Washington, thrown wide open by Brexit and the consequent greater relevance of the rest of the continent, but also its political space in the European Union and its geopolitical relevance in a decade marked by Chinese-American tensions, European divergences, and African potential. We need to be prepared to debate all of this with the level of responsibility this historic moment demands.