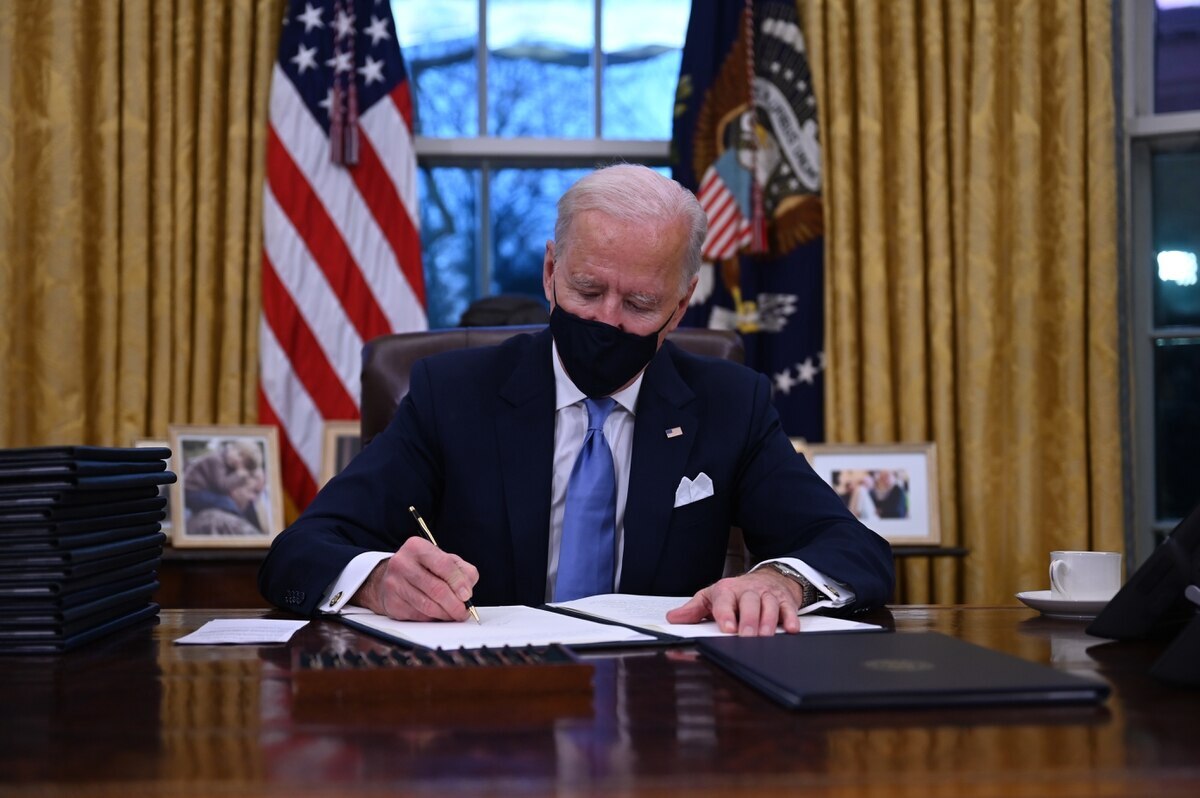 After the damage from Trump, the challenges are enormous, but a period of hope and better government has opened.

With the inauguration of Joseph Biden as president and Kamala Harris as vice president of the United States, democracy for this powerful friend begins a new and hopeful era, which, however, will be plagued by monumental challenges.

The significance of the ceremony, on a cold, sunny morning, was intense: a reaffirmation of the institutionality and continuity of the republic on the same site — the Capitol — that was assaulted by a violent mob two weeks ago. This was instigated by now-former President Donald Trump, in order to block the final certification of the electoral win by the new leader and his running mate. This symbolism was joined by one of a different, but no less transcendent, kind. Harris became the first woman — and person of mixed ethnicity — to occupy the vice presidency. She was sworn in by Sonia Sotomayor, the first American of Hispanic heritage to become a U.S. Supreme Court justice.

After taking his constitutional oath before Chief Justice John Roberts, Biden gave a brief and inspiring speech focused on unity, the most necessary value if the country is to recover, at least partially, from some of the serious blows inflicted by his predecessor. From this union, tolerance and empathy, as well as from determination, competence and adherence to the Constitution and the law, the 46th president of the U.S. promised to work toward healing political and social wounds, overcoming the effects of the uncontrolled pandemic caused by COVID-19, reviving the economy in harmony with the environment, combating systemic racism and inequality and restoring U.S. alliances and leadership in the world, not only from “the example of our power,” he said, but also “from the power of our example.”

Moving down these paths will be difficult. The road will be paved with the enormous damage to democracy that Trump left behind. This includes his systematic lack of respect for political decency and his deliberate erosion of the legitimacy of the electoral process, an indispensable foundation of representative government.

The four-year term that ended yesterday defines him, without any hyperbole, as the most detrimental president in U.S. history. Historians have debated for decades over who could be assigned to this ignoble category. Names such as Franklin Pierce (1853-1857), James Buchanan (1857-1861) and Andrew Johnson (1865-1869) traditionally top the list. However, Trump broke the scales. It was his ignorant egocentrism; his irresponsible, incompetent and inhumane management of the pandemic; his erratic economic and trade policy; his mixing of the public and private; his disdain and even aggression toward the environment; his erosion of alliances and international institutions that were valuable to the U.S. and the world; his encouragement of intolerance and the normalization of verbal aggression, the lies and “alternative facts” (another form of lying) as the basis of public debate.

However, above all, the most serious trademark of his presidency, one that will leave the deepest and most destructive footprints on the integrity of the American union was his determination, together with multiple accomplices, to disrespect, manipulate and distort the institutions, norms and basic customs of democracy in order to gain power and further his wishes for keeping it and for autocracy. This drive formed part of his brutal and fraudulent attack against the integrity of the vote, the credibility of the electoral system and the legitimacy of a freely and honestly elected successor. Although thwarted by the institutions that he tried to use and by honest officials that he could not defeat, he has left a corrosive mark among millions of citizens who, even today and against all logic and evidence, consider, as an article of faith, that the election was stolen.

The difficulty in overcoming this damage to the foundations of American democracy are not only due to the depth of the impact that Trump’s lies achieved, but also because many of his more influential and effective enablers remain as legislators, governors and leaders of the Republican Party. Clearing this and other hurdles to recharge democratic vitality and inspire the unity that Biden touted in his speech will be a mission that is both urgent and long term. It should be joined by his Democratic Party and the political, media, labor union, academic and business sectors of the U.S., including various conservative groups that never became Trump hostages, or Republican leaders that turned their backs on him at the last minute.

At the same time, the new administration will have to act rapidly, methodically, with perseverance and intelligence to confront the challenges regarding health, economy, the environment, race, society and foreign policy, which the new president quickly mentioned in his speech.

Yesterday, he signed 17 executive orders, proclamations and memorandums directed at reversing some of the more destructive measures of his predecessor. The list includes the decision to rejoin the Paris Agreement on climate change, halt the exit from the World Health Organization, restore environmental regulations that had been eliminated, suspend permits for oil exploration in the Arctic National Wildlife Refuge, restore the Directorate of Global Health Security and Biodefense in the National Security Council, require the use of masks in all federal buildings, reinstate the count of all the inhabitants of the country (not just citizens) in the national census and cease the construction of the wall on the border with Mexico. In addition, he sent bills to Congress for immigration reform and a $1.9 trillion economic aid package to mitigate the effects of the pandemic. Both will require support from the Senate and the House of Representatives.

One the one hand, he bets on unity, on the other hand, strategic clarity and a demonstration of determination to confront the possibly enormous national and global challenges with the maximum speed and depth. It is a good mix, accompanied by a solid team of collaborators and an insistence on decency and tolerance to achieve a political and social synthesis.

A new era opens. Its success is not guaranteed. There will be mistakes along the way. To be sure, the Republicans will try to slow down the initiatives as much as possible. All of this is part of the dynamics of democracy. But knowing that at least for now its integrity is guaranteed is an excellent start.