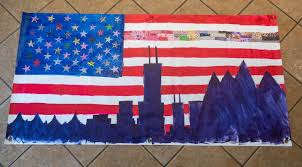 I listened to Joe Biden’s unifying speech and I thought of the name of the country whose presidency he assumed on Jan. 20: the United States … of America. The name is in itself a proclamation that preceded the Declaration of Independence on July 4, 1776 by a few months and that was made official in the same year, while the success of the 13 colonies’ fight against the British crown was still uncertain. This fight brought together rebels from societies that had little in common apart from their colonizer (and some geographical proximity). Let’s look at Massachusetts and Virginia, for example; the former oriented toward Atlantic trade and the latter based on the plantation economy. The former was an early abolitionist state in the 18th century; the latter fiercely pro-slavery, with Richmond serving as the capital of the Confederacy in the Civil War.

George Washington, the first president, was from Virginia and released his slaves only when he died, through his will. John Adams, his vice president, was from Massachusetts and took pride in never having owned anyone. Nevertheless, Washington and Adams worked to consolidate the first modern republic. They made compromises in the name of that union, which was saved by Abraham Lincoln’s determination when the Confederacy jeopardized it.

The United States went from 13 to 50 in those nearly 250 years; if Massachusetts and Virginia remained different, imagine what separates Maine and Florida, New York and Texas or the most recent two, Alaska and Hawaii. It’s not just about geography, but also about culture. Someone watching “Fargo,” set in Minnesota, could think that it was filmed in Scandinavia because of the snow and the characters’ last names. New York has more Jews than Tel Aviv or Jerusalem. Half of New Mexico’s residents are Hispanic; in San Diego, there is a Portuguese neighborhood where the children and grandchildren of the Portuguese tuna fishermen live. I can testify about this last group, that even those who wear the #7 jersey of the Portuguese soccer team feel moved with they hear “The Star-Spangled Banner” and are grateful to live in the land of opportunities. They are not a unique case.

The descendant of Irish immigrants and the second Catholic president of the U.S., Biden is very familiar with the plurality that makes up America. Coming from a working-class Pennsylvania family, he also knows the inequalities that plague the country and make it more unjust than Europe or neighboring Canada. Having been the vice president of Barack Obama, the first Black president, and having as his own vice president Kamala Harris, daughter of a Jamaican father and Indian mother, he is likewise aware of racial tensions. And despite being in his 70s, he has grandchildren between 7 months and 26 years old, which forces him to be aware of the concerns of young people who tend, from even before the Trump era, to doubt that the American dream exists.

His successful but tragic life and a career filled with various positions prepared Biden for this difficult mission of trying to unite Americans. We hope that he achieves it. We have been accustomed to looking to the U.S. as a model for a long time. If they manage to be successful as a society, despite so many divisions, what excuse will we have not to be?