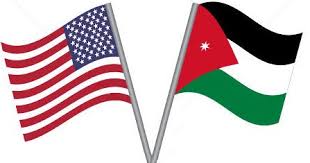 The Jordanian-American relationship stretches back nearly 71 years, beginning on Feb. 24, 1949, when the United States recognized the kingdom’s independence. Since then, the bilateral relationship has been characterized by stability and understanding. However, despite these understandings, despite the harmony in the two countries’ respective positions on many international issues and despite all the economic and military assistance the United States has offered and continues to offer the kingdom, the bilateral relationship is not, as many think it is, a relationship of leader to follower, or as the popular saying has it, one that goes together like butter and honey. Rather, it is the opposite.

On many occasions, there have been differences in positions and attitudes on both sides on many international issues, particularly as it relates to U.S. resolutions and policy regarding Palestine, which is fundamental to Jordan and the Arab world. That was the case as well with the invasion of Iraq the the early 1990s, when Jordan refused to join the international coalition against Iraq. Jordan also took a firm and independent stance during the Syrian crisis. One of the most important positions taken by His Majesty King Abdullah II related to the recent “Deal of the Century” during the Donald Trump administration, in upholding what is known as “the three nos:” no peace with Israel, no recognition of Israel and no negotiations with Israel. There is not enough space here to discuss the numerous other situations in which Jordan expressed its national policy, whether during the reign of the late great King Hussein bin Talal (may God have mercy on him) or that of His Majesty King Abdullah II. (May God protect him.)

Despite the several occasions when these two countries have disagreed, the United States considers Jordan a strategic and trusted ally, and has not applied any economic or political pressure as a result of differences. This is due to the Hashemite leadership’s ability to keep Jordan disciplined and balanced in its international relationships, with constructive positions on diverse international issues and mutual respect among all the countries of the world. Throughout history, the Hashemite leadership’s secondary ability has been its continuous and constructive communication in establishing friendly relations with all American forces across the political spectrum, including both Republicans and Democrats, as well as with influential American civic organizations.

There is great global respect for His Majesty King Abdullah II and widespread desire to listen to him as the figure most respected for expressing the positions of the Arab and the Islamic world, thanks to his moderate and rational language. During the Trump era, there were many decisions that had a significant impact on the region, such as recognizing Jerusalem as the capital of Israel and recognizing the Golan Heights as Israeli land. Despite the king’s opposition to these decisions, Jordan under his leadership continued to enjoy the same economic support, prestige and respect from the U.S. administration.

In view of the transition of power to the Democratic Party under Joe Biden and the new president’s announcement signaling his appreciation for the role played by Jordan and the king, the United States will seek more openness to, and understanding of, Jordan’s economic needs and its political positions, and will consider Jordan a strategic partner in the region. Accordingly, the king will work to reinvigorate the Jordanian and Arab positions on Arab issues, with the Palestinian issue first and foremost among them.