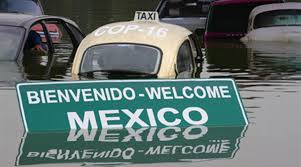 There are significant implications for our country. We can look forward to more attention being paid to the commitments outlined in the Paris climate agreement.

The fight against climate change is a priority issue that affects national security and a theme that runs throughout President Joe Biden’s agenda, accelerating the global market and technology trends toward an energy transition.

The United States’ return to the Paris climate agreement and the cancellation of the Keystone XL pipeline are just two of many executive actions already taken by Biden during his first few days in office that look to quickly reverse the more than 100 executive actions of his predecessor. His climate plan involves an investment of $2 trillion that aims to free the electrical network from fossil fuels by 2035 and achieve net-zero emissions by 2050.

The fight against climate change is now a priority for all areas of government. By declaring it an issue of national security, Biden could, for example, invoke the National Emergencies Act of 1976, to use funds from the Department of Defense in the development of renewable energy on military bases and to prohibit the export of petroleum.

Biden’s climate agenda is driven by social justice, another important topic. To serve the communities that have been affected by environmental pollution or by the energy transition, he has created a new Interagency Council in the White House, as well as specialized offices in the Justice Department and in health care agencies. The federal budget, for example, is looking to make $10 billion available to support the most vulnerable communities in the face of climate change disasters.

The implications of this climate policy are significant for Mexico. From a foreign policy point of view, we can look forward to more attention being paid to Mexican commitments in the Paris agreement. On his campaign trail, Biden highlighted the link between the impact of climate change and migration from a national security perspective, in relation to his plan for international cooperation in Central America. This is something Mexico cannot ignore.

Juan González, Biden’s advisor for the Western Hemisphere in the National Security Council, considers electrical interconnection as a way to integrate markets, mobilize investments and consolidate renewable energies. However, tensions cannot be overlooked as Mexican policy stands in stark contrast, questioning the liberalization of the energy sector and the rules of United States-Mexico-Canada Agreement, and ignoring the link between economic recuperation and social and environmental justice.