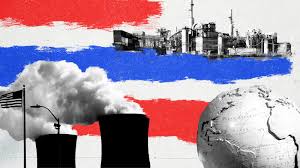 Two short paragraphs, separately written and signed by two of the most powerful men in the world, recently returned the United States to the 2015 Paris Agreement on climate change. On Jan. 20, Joe Biden, in Washington, and Antonio Guterres, in New York City, formalized America’s reengagement with the future, putting an end to the lamentable hiatus introduced by Donald Trump.

This moment was more important than it seemed at first, for the simple reason that the fight against climate change is not a symmetrical one. A systematic and concerted effort by everyone certainly matters, regardless of its dimension, but what will really move the dial is decisive action by the biggest polluters on the planet: China, India, the European Union and the United States, who together account for more than 55% of greenhouse gas emissions in the past decade.

The U.S. and the EU have an added responsibility. They have historically been leaders in establishing best practices in this area, and their domestic markets have the breadth and capacity to take fiscal steps that greatly limit the circulation of products with high carbon output. Faced with a China that appears to have entered a spiral of global hegemony, it is vital that a virtuous alignment that sets the tone for climate action be established on both sides of the Atlantic.

This will not be an easy path for the United States, even though parts of the country waged spirited and longstanding resistance to Trump’s policies. California, for one, never abandoned its leadership role on the road to an eventually carbon-free world, actively confronting the former president’s policies as shown by its agreement with Ford Motor Co., Honda Motor Co, BMW Group, Volkswagen AG and Volvo to reduce vehicle fuel mileage rates, and therefore, emissions, setting out far more ambitious goals than the federal government had proposed.

Biden has appointed White House staff who specialize in the area of climate change; his plan is to rescue the policies and environmental regulations from the Barack Obama era, while strengthening them at the same time. And this is where the challenge begins. Proposing policies that impact industry sectors like automobile production and the all-powerful world of oil, gas and coal extraction, including fracking, is like stirring a hornets’ nest.

In an America that is politically divided, only strict adherence to a party line vote in Congress would make viable actions that might have any trace of an impact on climate change. As it happens, though, several senators on both sides of the aisle made it known during their election campaigns that they were not keen on voting in favor of policies that might affect the fossil fuel industries in their states. This is the case with leading senators like Republican Minority Leader Mitch McConnell of Kentucky, and Joe Manchin, Democratic senator from West Virginia and chairman of the Energy Committee, both from states where the coal industry reigns.

Biden’s solution, then, might be to rely on issuing executive orders. The problem with this approach is that although these orders often have the power of law, they are not actually laws, and can be altered at any time by subsequent presidents. In order to avoid another reversal a few years from now, the new leader in the White House eventually needs to rely on one key argument: that his policy will be successful in polluting less and growing the economy at the same time.