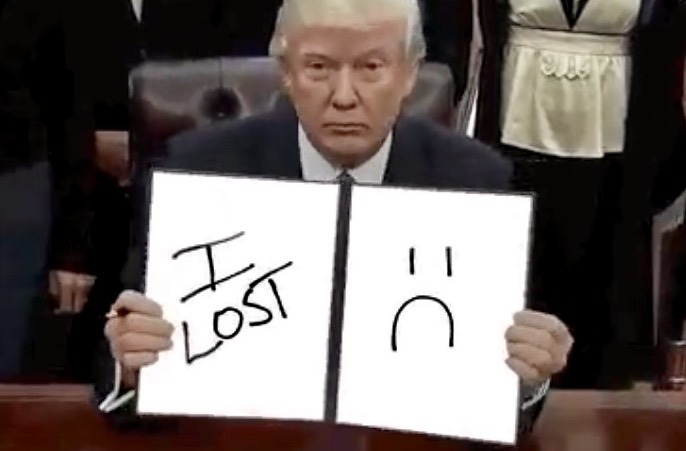 In recent days, the United States has shown the world what apparently only that unbelievable land knows how to do. In the language of the media, it’s called “split screen.” In one half of that display, divided for contrast, we saw Texas, the second most populous American state, flounder under the onslaught of winter.

The energy grid there collapsed; millions were left without power, heat or potable water, people burned furniture in their homes, and some even died in the freezing temperatures. Scenes from Roland Emmerich’s “The Day After Tomorrow,” as it were. Which is a complete quagmire — only that in Texas, where roughly 100 people died, it was reality.

On the other part of the screen, however, we saw the unmitigated triumph of American science and the undying will to conquer new frontiers. The present frontier is space, specifically Mars, where the marvelous interplanetary gadabout named Perseverance landed.

But to return to Earth: 500,000 people in the U.S. had died as of the beginning of this week. Half a million, in and of itself a gruesome figure, and in a wealthy, scientifically and technologically advanced country, moreover. We look to the same America that landed on Mars, and in disbelief we ask ourselves: How is that possible?

And in this case as well, it’s a split screen. We, here in the Bohemian Basin, have to realize and admit, when looking at the United States, that we are worse off when it comes to COVID-19. As a proportion of the population, the U.S. has roughly one-third fewer infections and one-third fewer deaths. We are certainly not the ones to be pointing the finger at America.

Trump Lost COVID-19, and Then the Election

The lens through which we view “America” as a monolith is to some extent understandable — everywhere people pay in dollars, everywhere they speak English and everywhere there are McDonald’s. But it’s still incorrect and misleading. The United States is one country, but it is also a continent, 330 million people between two oceans. A societal melting pot and also a permanent conflict between the federal government and the authorities of individual states. Which, moreover, fight domestically with towns, cities and regional governments.

From here in the Czech Republic, we saw how Donald Trump lost the election because his “macho” ego didn’t know how to deal with COVID-19. A year ago, he wrote on Twitter: “The Coronavirus is very much under control in the USA.” He tried to bluff his way through COVID-19, but in vain.

Trump had a lead over Joe Biden on economic matters in preelection polls, but the No. 1 issue was the pandemic. And that’s where he totally fell apart — voters in key states expressed their preference on the matter 3:1 in favor of Biden.

Trump never accepted the seriousness of the pandemic and its danger, never admitted it and held it back from the public. He lied about the coronavirus in his policy and in his public speeches. Whereas Biden was persistently clear and credible: it is a dangerous killer, let’s protect ourselves. And the state, of course, has an irreplaceable role.

America heeded Biden’s advice. Last August, two months before the election, only 36% of Americans trusted Trump’s approach, which was not even all of his voter base. And so he lost. Now 67% of Americans evaluate Biden’s measures against the pandemic positively, and that is one of the reasons why the U.S. truly sees the proverbial light at the end of the tunnel.

The number of infections and fatalities in the United States has been decreasing markedly in recent weeks, and the number of inoculations has been growing. In comparison with star pupils like Israel, that’s nothing glorious. But in comparison with the Czech Republic, Americans are three times better off as a proportion of the entire population, and additionally, we can assume that vaccinations in the U.S. will speed up considerably.

When America crossed the threshold of half a million dead at the beginning of the week, bells rang in the cathedral in Washington, flags were lowered to half staff, and Biden delivered an address in the evening, when he said, “I know what it’s like to not be there when it happens. I know what it’s like when you are there, holding their hands. There’s a look in your eye, and they slip away. That black hole in your chest, you feel like you’re being sucked into it. The survivor’s remorse. The anger. The questions of faith in your soul.”

How American in its pathos — and how important. And how we in the Czech Republic could use a leader who knew how to make a speech like that. And how we could use an administration which would accept responsibility, or at least tell the truth.

Whereas in the U.S. government, epidemiologist Anthony Fauci said clearly over the past week that societal divisiveness and policy errors “contributed significantly” to the devastating impacts of the pandemic, the Czech prime minister and his cabinet obfuscate and lie like big-leaguers. They are truly world champions at it. According to the under-secretary of the Czech ministry of health care, no one can be held responsible for anything, because it is simply a natural disaster.

Empathy is lacking in Andrej Babis’s DNA, he is a talented manipulator, and at the same time an amateur handyman of power; his internal constitution is like Trump’s. He has everything under his thumb, but he can’t personally guarantee anything. He appropriates the few things that are successful and washes his hands of the bad things.

Trump promised that he himself could fix everything, but then said that he bore no responsibility for the impact of the pandemic. Babis named himself chief of inoculations, but now the people around him are to blame for the wretched, fatally slow progress of vaccination. Shameful.

In Czechia we are the “worst in COVID.” In terms of the number of people infected, in terms of fatalities. Those are the numbers, that’s the reality. Babis’s red MAGA cap fit him like a pot on a lid. Just as Trump was in the U.S., so is Babis an accessory to unnecessary human suffering. There can be no more lying to cover it up.

On the parachute of Perseverance, which NASA successfully landed on Mars, was a coded message — the words of former President Theodore Roosevelt, “Dare mighty things.” In America, the battle with COVID-19 is still running on the main cinema screen, but out of the corner of its eye, the country is able to see a bright future.

Americans are continuously frenetic, but in the end result, rational. They elected Trump, and maybe they would elect him again. But in the COVID-19 pandemic, they saw that the emperor had no clothes. A windbag, a liar, a man who constantly makes up excuses, without compassion, a politician-egotist. And so he went.

Let’s be like Americans. Just as they gave Trump his report card, Babis deserves for us to throw him out in the next election with a swift kick in the rear.