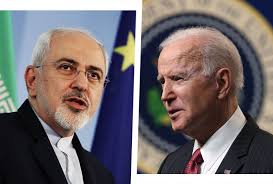 Israel has to act quickly with its Arab friends to clarify to Americans that the policy the president of the United States is pursuing is a danger to Israel’s own security and the security of its allies.

During a short visit to Tehran regarding Iran’s intention to bar surveyors from the International Atomic Energy Agency from conducting unannounced visits at declared nuclear sites, IAEA Director General Rafael Grossi, was reported to have reached an agreement in which IAEA monitors would remain in the country and supervision would continue on a limited basis. Despite the attempt to present this as a success, Grossi’s announcement is upsetting and worrying because the Iranian effort to apply pressure has achieved its goal of expediting a quick return to the agreement by the United States without any meaningful gains for Iran.

Iran’s decision to block unannounced visits by IAEA observers is the last in a string of provocations by Iran with respect to the nuclear program based on law passed by the Iranian parliament last December. The goal of the law is to put pressure on the West to cancel sanctions on Iran and to return to the nuclear agreement, which would make it possible for the country to progress quickly to building nuclear weapons within 10 years without fear of military action or economic pressure on the regime. Within the framework of these steps, Iran has begun to enrich uranium to a high level of 20%, which brings it closer to the enrichment levels needed for military use.

Since Joe Biden moved into the White House, the Iranians have been making great strides in order to cast doubt on the new administration’s assumption that it can reach a new and improved agreement between Iran and the superpowers. The Iranians, like merchants at a bazaar, have identified a weakness in the administration’s desire to return to the agreement, and so, despite their economic predicament and military inferiority, they do not intend to provide more for the same price, and are even asserting that its “inventory” is quickly running out in order to pressure the “customer.”

And so, amid the worry and warnings by the United States and Europe, Iranian Foreign Minister Mohammad Javad Zarif has clarified that Iran does not intend to make another Iranian nuclear deal. Moreover, Iran’s Supreme Leader Ali Khameini has said that Iran will be able to secure to nuclear weapons if it wishes to. Meanwhile, Iran recently fired rockets at the American Embassy in Baghdad following a rocket attack on Erbil in northern Iraq.

There is nothing preventing the new administration in Washington from sticking to its intention to return to the dangerous nuclear agreement and making some kind of gesture to Iran and its allies.

Starting with the complete removal of Iran’s allies in Yemen from the list of terrorist organizations (which are currently at the top of the list) and by removing limits on Iranian diplomats living in the United States, and then announcing it is ready to negotiate with Iran on a return to the nuclear agreement, the Biden administration is creating the impression that Iranian aggression will be answered by appeasement.

That train left the station long ago, and Israel has to act quickly and in concert with its Arab partners to make clear to the Americans the danger to Israel’s security and the security of its allies that is inherent in this policy in which the United States is easing its pressure on Iran before any possible negotiations.

Even if it means increasing sanctions, there has to be a way to force Iran to accept an agreement that will prevent it from actually achieving the ability to arm itself with nuclear weapons. The Bitachonistim movement recently released its recommendations on Iran to the new Biden administration. Maybe this is also the time to suggest to those making the decisions in Israel to look at the document, or at least to design a firm policy based on these developments.

The writer is a member of the Bitachonistim movement, head of the research division of the Israel Defense Force Military Intelligence division, and director general of the Israel Ministry of Strategic Affairs.