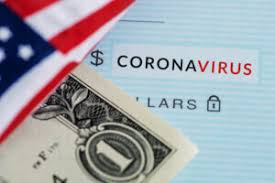 President Joe Biden gets majority for a coronavirus stimulus package of $1.9 trillion. That equates to six months of the Norwegian Oil Fund.

It costs a fortune to repair the damaging economic effects of the COVID-19 virus: $1.9 trillion, or well over 16 trillion kroner, is the price tag for the relief package that passed on Saturday, with 219 for it and 212 votes in opposition in the House of Representatives.

At the same time, Republicans and two Democrats voted against the bill. The package is sent now on to the Senate. It is expected to pass with a slim majority, but probably with many amendments, according to The New York Times.*

The Republicans think the package is too expensive, and that it includes measures that have nothing specifically to do with the COVID-19 pandemic. Included in the relief bill, among other things, is a doubling of the minimum wage to $15 per hour. But by Thursday, it was clear that this part of the relief package will be refused by the Senate on formal grounds: A wage reform will not be agreed to as part of a relief bill.

A large amount will be sent in direct cash payments to families: $1,400 per person. The action plan also includes support to restaurants and other small businesses that have been hit hard economically. Billions are transferred to local authorities in towns and counties.

“It takes care of Democrats’ political allies while it fails to deliver for American families,” Republican House Minority Leader Kevin McCarthy said. In an interview with Fox News, he said, “The amount of money that actually goes to defeating the virus is less than 9%.”

Biden is asking for a positive vote as soon as possible in the Senate. Each of the two parties have 50 representatives, but the Democrats have an assured majority with the vote of Vice President Kamala Harris.

Promoted Before the Assumption of Power

“We have no time to waste. If we act now, decisively, quickly and boldly, we can finally get ahead of this virus. We can finally get our economy moving again, and the people of this country have suffered far too much for too long,” he proclaimed in a statement from the White House.

Biden had already presented the main points in his plan on Jan. 15, five days before he was inaugurated as president. This follows on the heels of two big relief packages that were approved by Congress over the course of the last year.

*Editor’s Note: The Senate passed a modified version of the bill, which Biden signed into law on March 11.