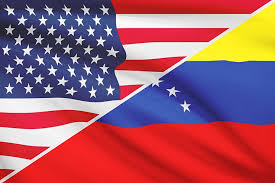 Joe Biden’s arrival to the White House brought with it the idea that he might alleviate pressure on the Nicolás Maduro regime and that the new administration would opt for a more European-style strategy than the one championed by Donald Trump. Many, including Maduro and his associates, expected the new administration to usher in a relaxation of pressure, reflected in the easing of sanctions.

So far, the news hasn’t been so good for the regime. It’s true that the option to resort to force or military intervention is no longer “on the table,” but Trump’s sanctions haven’t disappeared. What’s more, the North has said that sanctions would be lifted if the regime negotiated an electoral solution in accordance with international standards. In this aspect, nothing has changed.

One thing noted at the outset was that the European Union took the lead when it called a meeting of the International Contact Group, a group known for being less aligned with the regime than the Lima Group. The ICG meeting condemned the Dec. 6 election and called for a negotiation between parties; nothing new there. What was welcomed by Castro-Chavism and some of the opposition was that the Europeans stopped referring to Juan Guaidó as president of the National Assembly, although they consider him as a privileged interlocutor of the opposition. Be aware — the EU never recognised Guaidó as interim president. Once again, some complacency in Miraflores.

Many analysts also thought that negotiations were looming on the horizon. For example, a headline in El País (Spain): “The arrival of Biden and the turn of Europe lay the foundations for a new attempt at dialogue in Venezuela.”

This gave a boost to the opposition who see a way out via negotiation. Henrique Capriles took the lead and reinforced the need for a negotiated and peaceful solution to the serious crisis in Venezuela. He went even further, criticizing the previous position as failed and rhetorical, focusing on Guaidó particularly, who he advised to stop “playing at government.”

What was not anticipated is that the EU would impose sanctions on 19 new Maduro officials for their role in the fraudulent election on Dec. 6 last year, freezing their financial assets in Europe. The smile in Miraflores was quickly wiped away. It now includes such people as the chief of staff of the armed forces’ Strategic Operational Command, the governor of Zulia, three officials of the National Electoral Council and lawmaker José Brito, who once having been on the opposing side, has joined the ranks of Chavism. This provoked Venezuela to expel the EU’s ambassador and, in turn, the EU to expel Venezuela’s ambassador.

In these conditions the possibility of negotiation, which many viewed as a sure thing, especially with the anticipated regional elections this year, is now uncertain.

As for the easing of sanctions, this hasn’t happened yet. There is talk of the need to go back and approve crude for diesel swaps to allow the transport of food, and even “oil-for-food” swaps, which have already been tested by the United Nations, although there have been some problems.

What is certain is that no negotiation will be possible without the pressure of international sanctions, especially since the capacity for political mobilization in Venezuela has diminished thanks to the desperation caused by the multiple attempts, all of which have ended in failure, to end this nightmare. Although we must insist that the resistance is still alive, so much so that even after 21 years the regime still hasn’t turned us into a submissive society — quite the contrary, in fact, the rebellion in the streets lives on.

Sanctions, yes, but which ones? In their latest article, Hausmann and Martinez put their finger on the problem by saying, “If Joe Biden is to succeed, he will need a policy that makes life as burdensome as possible for the elite and as bearable and democratic as possible for ordinary Venezuelans.” That is the Gordian knot of sanctions. And this does seem to be the Biden administration’s idea, as a senior official stated: “The focus of sanctions should be to increase pressure on the [Maduro] regime, eliminate any sort of access to corrupt capital to sustain themselves but also not one that penalizes unnecessarily the Venezuelan people.” But, is that possible?

Unfortunately, the article doesn’t go into detail. But what is does suggest is two courses of action the international community could implement: Allow the use of frozen funds abroad to “transfer aid to Venezuela,” as they did with health professionals; and make it easier for the Guaidó government to issue and deliver identity documents to its citizens, which we assume would be accepted in many countries. There is still a long road ahead.

In short, Maduro must understand that although the use of force is not on the table, sanctions are, and they will be stronger and more internationally coordinated so that those sanctioned feel the pressure of coercion not only from the United States and Canada, but also from Europe and Latin America.

About Hannah Bowditch 91 Articles
Hi, my name is Hannah. I am originally from UK but currently residing in Montreal, Canada, working in a bakery and trying to brush up on my French! I hold a Masters degree in Translation from the University of Portsmouth and a BA in English Literature and Spanish. I love travel and languages and am very pleased to be a part of the Watching America team.