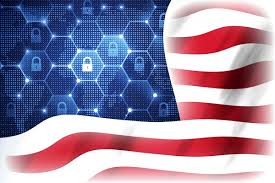 Donald Trump was unpredictable. Joe Biden, however, is proving to be unexpectedly determined in the crucial clash — with China. And, even more importantly for us, with Russia.

Nobody expected that the new U.S. president would agree with ABC TV journalist George Stephanopoulos, who asked him whether Vladimir Putin was a murderer. No one expected a heated exchange between the American administration and top Chinese diplomats in Alaska, either. Beijing and Moscow are certainly astounded. Especially the Russians, who specialize in surprise actions and statements that left the West flabbergasted as to how to react. Usually, that meant there was no reaction, after all, why harm business interests — where will we buy gas, or to whom we will sell a huge yacht or golden toilet paper holders?

Nobody expected Biden to threaten the Russians and the Chinese with counter cyberattacks in the first months of his term in the White House, either. That he would threaten to use a cyber bomb — that is not a professional term, but it certainly conveys the meaning — against those who are already using it and who threaten the democratic election process, as well as the operations of the most important firms and institutions. The results of Russian and Chinese attacks (and those conducted by others) are not visible — cyber bombs do not kill like other bombs, but they wreak havoc economically, politically and civilly. Hackers who hail from authoritarian countries are capable of deleting the documentation of a huge bank or breaking into the system of a nuclear power plant within a day.

America wants to take over the initiative in the cyber arms race that was started by others — those who are enemies of the West. It looks like this is the domain where America is the strongest, has the best specialists and has the most important IT companies working on its territory; it has more resources and extensive intelligence. Surprise is an important element in this clash. It’s crucial for the whole West. It is not certain, however, whether the West understands the importance of what Biden is doing. The greatest European allies also experienced hacker attacks on their key institutions, but they soon forgot about them. They lack the kind of determination that the U.S. president has unexpectedly demonstrated. And it is the attitude toward China, as well as Russia, unless it changes — although nothing seems to indicate that it will — that will decide about the West’s cohesion. For our region, this is an existential issue.