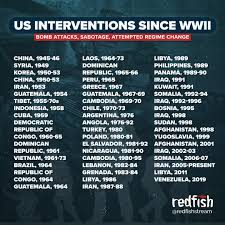 The study is by a leading American university. The Watson Institute for International and Public Affairs at Brown University, one of the world’s leading universities in what is known as the Ivy League in the United States, has been developing a project in recent years: “The Cost of War,” dedicated to the effects of “democratizing” wars led by the United States over the past two decades. What do the studies of this leading American university show? Over the past two decades, the United States has waged war in 85 countries around the world.

More than 801,000 people have died as a result of direct strikes with American bombs, missiles, bullets and drones; several more times as many have died indirectly.

Of those directly shot or killed by the detonation of American weapons, there are over 335,000 ordinary, innocent citizens: women, children, the elderly, etc.

The federal cost of these wars is $6.4 trillion.

Some of those expelled went to Europe, where a process of Islamization took place in a number of European countries, leading to the rise of right-wing, anti-immigrant, populist and racist movements and parties.

All this was done in the name of “democracy,” but in practice those wars have led to violations of human rights and freedoms in the countries where they took place.

The number of those driven out by the “democratizing” of the world by the United States is more than eight times today’s population of Bulgaria; 31 years ago it was 2 million more.