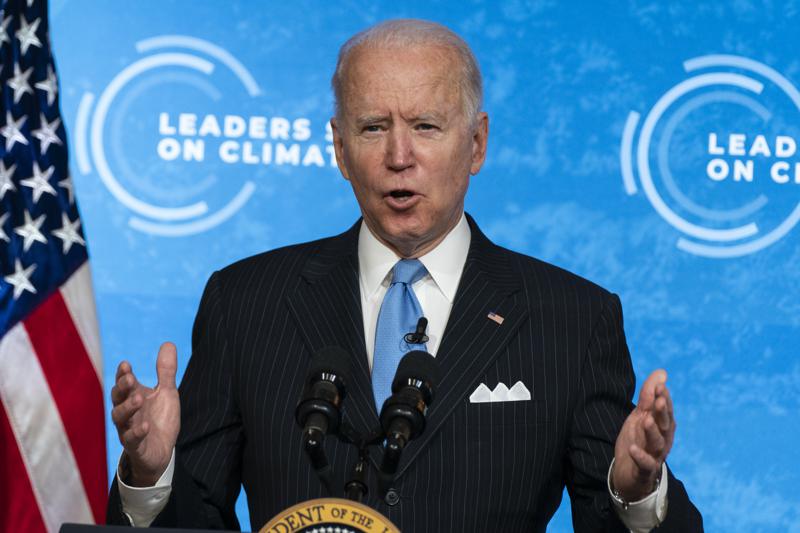 The world is upside down. Today it is the United States that deems Canada not ambitious enough when it comes to fighting climate change. The contrast between Donald Trump, ignorant and indifferent to the environmental threat, and Joe Biden, who has decided to put the United States’ formidable economic power behind the energy transition, is striking.

The ink was barely dry on Chrystia Freeland’s $17.6 billion ($14.3 billion U.S.) green plan, which calls for a 36% reduction in greenhouse gas emissions from 2005 levels by 2030, when Justin Trudeau, participating virtually on Earth Day in an international climate summit organized by the U.S. government, announced an increase in the target, to between 40% and 45%, in front of President Biden and 40-some political leaders, including Chinese President Xi Jinping, Russian President Vladimir Putin, Indian Prime Minister Narendra Modi, German Chancellor Angela Merkel and the president of the European Commission, Ursula von der Leyen. The United States pushed other countries, including Canada, to strengthen their commitments to reducing greenhouse gas emissions.

For the United States, this marks an important return to the group of countries participating in the fight against climate change after Trump’s withdrawal from the Paris Agreement. Biden announced the United States’ new goal of cutting emissions by 50% and 52% from 2005 levels by 2030. That means that the United States’ goals are now more ambitious than Canada’s, with Canada even seeming like a bad student. It is the only Group of Seven major industrial nation whose emissions have increased since the signing of the Paris Agreement six years ago.

Certainly, fossil fuels, especially carbon, support more than 70% of electricity production in the United States, as opposed to 8% in Canada. The U.S. thus has more wiggle room. That is one argument put forth by the minister of Canadian heritage, Steven Guilbeault, who takes the floor on behalf of the federal government when it comes time to discuss the environment in French.

The United States’ return to the camp of those countries worried about the planet’s future is crucial. In fact, Canada would have the most ambitious plan to fight climate change, with only an insignificant impact, if the United States were not making comparable efforts. The two countries’ economies are so intertwined, their production chains so interwoven, that this fight can only happen in concert.

Moreover, the Biden administration, along with the private sector, intends to devote colossal sums to the development of clean energy technologies. Canadian and Quebecois businesses are called to join the effort. Then we can seriously bank on the emergence of a green economy over the course of the next decade; Mexico could also contribute. European countries have already launched this type of joint effort.

Obviously, announcing targets is one thing and respecting them is another. An oil-producing country, Canada has never met its emissions reduction goals. Just like Quebec, by the way. Canada’s fossil fuel industry has almost doubled its emissions in the last 30 years. The federal government, now owner of the Trans Mountain pipeline, still subsidizes the hydrocarbon industry. Not overly worried about consistency, the Trudeau administration continues to encourage gas and oil exploration off the coast of Newfoundland and Labrador, even though it knows that these deposits cannot produce their first barrel of oil for at least 10 years. One might incidentally find it surprising that the private sector is still interested.

As Le Devoir brought to our attention in its series called “Green Planet on the Environment,” governments are all talk and little action when it comes to the matter. Just as much in Ottawa as in Quebec, greenwashing is practiced in official discourse. In this way, the Canadian fossil fuel industry, which, let us remember, emits as many greenhouse gases as 77 million cars, can be called “green” by the Trudeau administration. When he authorized 40 new offshore drilling sites off the coast of Newfoundland and Labrador, he maintained that this industry was “an important part of our clean growth future.” If Ottawa is serious, it cannot base the fight against climate change on a discourse that is just as empty as it is false.