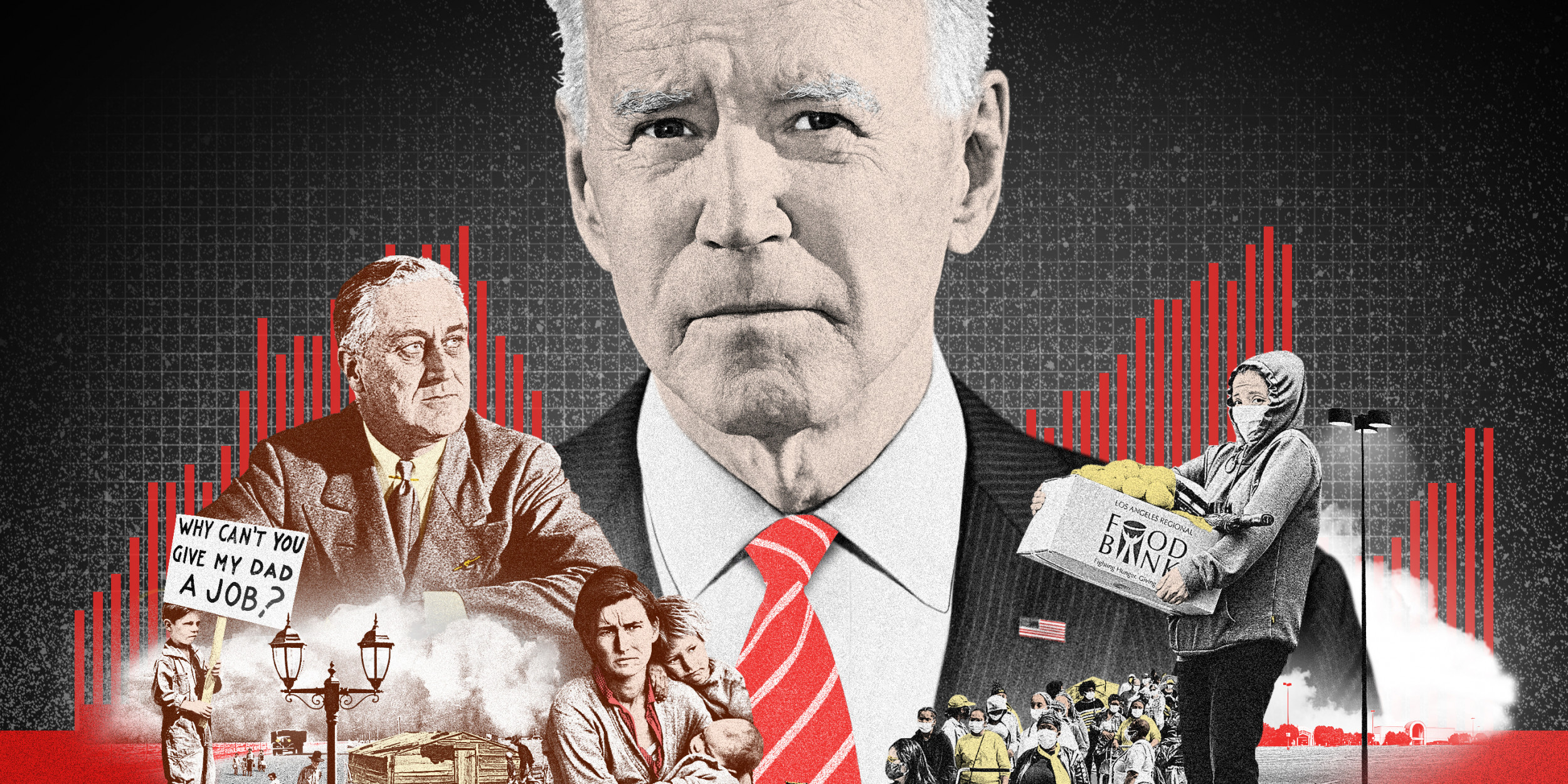 The macroeconomic readjustment of Joe Biden’s administration set minds racing as to how far the U.S. president would travel down this new path. A close reading of his speech delivered in front of both houses of Congress to mark the first 100 days of his presidential term offers an early insight as to what the future holds.

Biden said that his words should be received in the context of a triple crisis: “The worst pandemic in a century. The worst economic crisis since the Great Depression. The worst attack on our democracy since the Civil War.” Facing up to these threats was simply not possible with the politics du jour; instead, they demanded creativity and renewed efforts. His speech makes it clear that it is easiest to confront the COVID-19 pandemic, more difficult to grapple with the economic crisis and more difficult still to heal the wounds suffered by U.S. democracy. In the eyes of many observers in the country, the latter has deteriorated to the level of a rapacious plutocracy.

Today, we shall set aside pandemic-related matters for another occasion and instead focus on the economic proposals. There is a clear revival of Franklin D. Roosevelt’s New Deal, despite it being alluded to just once during the 16-page speech and not specifically when talking about the economy. Nevertheless, Biden’s declarations are a statement of intent for an energetic reaffirmation of the state’s role as a redistributor of wealth and income, as an investor in large infrastructure projects and new technologies and as a guarantor of the strength of the middle class, which is in turn the child of trade union activism. All this because, according to Biden, “trickle-down economics has never worked and it’s time to grow the economy from the bottom up and the middle out.” The figures he mentioned to justify this macroeconomic paradigm shift, which pulls the rug from beneath the charlatans and economic consultants that continue to spread neoliberal fallacies across much of Argentinian media, were well known in left-wing political and academic circles in the United States but almost completely unknown by the general public, and even some members of Congress. For example, CEOs at various companies currently earn 320 times more than the average worker, while in the past, the factor was at an already unsustainable 100 times more, both of which are incompatible with the American dream. The tripling of this salary gap is something that public policy must address.

The ultra-wealthy have amassed even more wealth during the COVID-19 pandemic, and they have used every method at their disposal to avoid paying taxes, a responsibility which duly falls to the middle and working classes. Incidentally, the exact same situation exists in Argentina. This is the origin of Biden’s proposal to set the tax rate at 39.6% for all those whose earnings exceed $400,000 a year. He spoke of how it was unacceptable that 55 of America’s biggest corporations have not paid a single cent in federal tax despite making more than $40 billion in profits last year. The Rooseveltian echoes in Biden’s speech grew louder when he stated, contradicting a widely accepted belief, that “Wall Street didn’t build this country. The middle class built this country, and unions built the middle class.” In the following sentence, he called on Congress to swiftly approve a piece of legislation that will protect trade unions, something which was left severely debilitated by Ronald Reagan. Walmart Inc. and Amazon, to mention two of the highest-profile cases, have been the standard bearers for the anti-union battle in recent times, and they will fight Biden’s proposals tooth and nail.

How to interpret such a significant shift in Biden’s discourse and legislative proposals? Has he switched sides to national populism or to socialism? Nothing of the sort. This is all a defensive response to the unprecedented scale of the crisis within U.S. capitalism and the resounding failure of the orthodox economic policies brandished by the International Monetary Fund and the World Bank to try and counter it. It is also a reaction against the fiasco left behind by Donald Trump’s tax cuts for the wealthy, which predictably did not produce the desired outcome. More than being a reaction from Biden, this is instead a reaction from the upper echelons of the state apparatus, which in traditional Marxist analysis plays the role of “ideal collective capitalist” at critical moments. In other words, an agent that rises above the myopic corporate or sectorial interests and appeals for strategies that protect the capitalist class and the capitalist system as a whole, in this case from Chinese competition and Russian belligerence. With regard to the former, this is due to its breathtaking economic dynamism and its huge technological advances; for the latter, it stems from Russia’s “malicious interventions” in U.S. politics. In addressing new technological developments (with implications for military and civilian life), Biden said that the United States was lagging behind in this crucial race against the “autocracies” of China and Russia, both of which challenge the leadership role that the United States must play around the world. Yet no one can point to who assigned such an important mission to the U.S., or how or when the U.S. took it on. The true radical nature of the proposals is revealed in those last remarks by Biden.