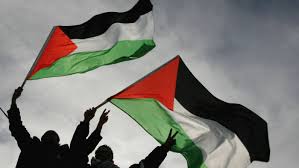 Our late great Palestinian poet, Mahmoud Darwish, was right when he said, “America is the plague and the plague is America,” in his poem “In Praise of the High Shadow.”

Indeed, this is what America has always been about. Despite its changing leadership, its policy has never been updated accordingly. America is still anti-Palestinian and undermines the legitimate right of the Palestinian people to a homeland. Add to this its conspiracies to liquidate the Palestinian national cause. One of them is the recent “Deal of the Century,” which is completely biased toward Israel in all its positions and wars against Arab peoples and states, and the Gaza Strip. Moreover, all the conflicts and global wars are caused by America, a country that also supports the world forces of terrorism, forces that led to the creation of Islamic State.

Mistaken are those who believed, imagined or bet that the new U.S. president, Joe Biden, would be the savior, and that he would adopt a new policy that differs from the policy and approach that former President Donald Trump and all his predecessors drew up.

Continuing the American policy of holding double standards, Biden and U.S. Secretary of State Antony Blinken visibly and explicitly declared, regarding the insane and iniquitous Israeli attack on the Gaza Strip, that Israel has the “right to defend itself.” They did not say, however, that Gaza had the right to defend its people, Jerusalem, Al-Aqsa and Palestine.

That said, American policy with respect to the Palestinian cause and the Palestinian-Israeli conflict has not changed, nor will it. This is due to the fact that the United States’ actions and positions are driven by strategic interests, and its political decisions are determined by political considerations that favor Israel and its aggressive policy of occupation.