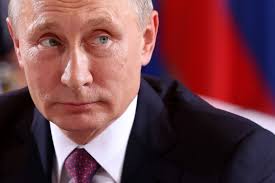 After Crimea, Washington doesn’t understand what steps Moscow is still capable of taking.

In anticipation of the Geneva meeting between Vladimir Putin and Joseph Biden scheduled for June 16, the two sides have been sharing their expectations and doubts. Thus, Dmitri Peskov, the Russian president’s press secretary, told reporters, “The potential of our disagreements and even of some of the contentious aspects in our bilateral relations is so great that one shouldn’t expect any progress in reaching an understanding.” At a plenary session of the St. Petersburg Economic Forum, Putin himself blamed the Americans for the deterioration of relations and attributed sanctions to America’s domestic political situation, saying they remain a mystery to the Russian leadership.

In turn, Biden wrote an article for The Washington Post in which he said that the U.S. doesn’t seek conflict with Russia, but wants “a stable and predictable relationship where we can work with Russia on issues like strategic stability and arms control.” “But it is also an opportunity … to hopefully move toward a more stable and predictable relationship moving forward,” said White House Press Secretary Jen Psaki, echoing the president’s words. Both she and Biden himself made clear that at the summit in Geneva, the U.S. president will touch upon both the subject of human rights and the issue of interference in American elections.

In his article, it seemed that Biden was trying to reassure his European partners. He wrote that the U.S. and the EU have common goals, and one of them is “to address Russia’s challenges to European security, starting with its aggression in Ukraine … [T]here will be no doubt about the resolve of the United States to defend our democratic values, which we cannot separate from our interests,” the American president added. This is a response to those who fear that Biden will engage in realpolitik in Geneva and close his eyes to what is troubling Russia’s critics in exchange for some immediate benefit.

Both Biden and his press secretary talk about predictability in relations with Russia. In this vein, it’s important to ask the question: at what point did Moscow cease to be predictable to Washington? Specifically, what steps on Russia’s part is America afraid of?

Human rights and political freedoms — the latest bans, arrests, and imprisonments in Russia — are hardly at issue. It’s worth remembering that Moscow and Washington “reset” relations and the two countries’ presidents conversed peaceably while Mikhail Khodorkovsky was in prison. America regularly expressed concern about the Yukos founder’s case, but that didn’t interfere with strategic security treaties or even American capital investments. Washington voiced concern about both Russian elections and the de facto ban on protests. But none of this, it seems, was perceived as factors of unpredictability. In these developments, the Russian elite was totally predictable for America.

It seems the turning point was the annexation of Crimea and the emergence in the Donbass of two unrecognized entities oriented toward Moscow. The U.S. didn’t expect that; it wasn’t prepared. Before the annexation, “Russian aggression” seemed to the Americans like something akin to a phobia on the part of the Eastern European elite, a relic of the past. After the Ukrainian events, Americans don’t know what to think. It’s possible and necessary to negotiate with Russia on global security. But it’s unclear what Russia will do tomorrow. The Americans, as practice has shown, are nevertheless willing to decouple Russia’s domestic politics from their own interests, no matter what Biden says. But statements about knocking out teeth or a readiness to respond to Russia’s security threats “asymmetrically” have put Washington on high alert. Before Crimea, they might have thought that these were just words.

Perhaps such fears are also a factor of greater predictability in the modern world, where the role of international law and the U.N. has become episodic. In any case, today no one will dare ignore Putin’s latest harsh statements about red lines and knocked-out teeth. No one.