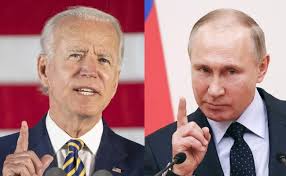 After their meeting in Geneva, Joe Biden and Vladimir Putin need to prove that they can do more than just pose for the history books.

One of the most interesting stories from the meeting of U.S. President Joe Biden and his Russian counterpart, President Vladimir Putin, is one that the global public will probably never hear, namely the role that Switzerland played in making the meeting happen. That is not just a side detail, because consent to a meeting between two opponents who concede nothing to each other requires a significant amount of trust-building.

Switzerland has at least once already successfully mediated between the U.S. and an authoritarian government, in 1965 in Havana, in the aftermath of the Cuba crisis. Then Cuban leader Fidel Castro and Swiss diplomat Emil Stadelhofer spoke over the course of several nights and eventually produced results. It is said that Castro appreciated the discussions with Stadelhofer, and a fruitful relationship was born out of the mutual respect the two intellectuals had for each other.

Conflict between Russia and the West: No New Cold War

Putin is not an intellectual. The Russian president, whom Biden described as a “worthy opponent,” is a mistrusting strategist. To be treated as “worthy” by the U.S., in other words, as an equal, Putin has repeatedly created unrest in recent years, above all through military involvement in Syria, among African nations, but especially in Ukraine. Biden could have described him as an “inevitable” opponent, but that wouldn’t have been as diplomatic.

Since the beginning of the war in Ukraine in 2014, which Russia is still keeping aflame, relations between Russia and the West have been described as a new Cold War. That is unwise. The historical comparison trivializes the real tensions between the Soviet Union and the West during that period and underestimates the complex structure of the Russian regime today. In addition, there are new challenges today that make closer relations between Russia and the West more necessary than the image of a Cold War would allow.

Putin Must Shift after Meeting with Biden

Instead of two dominant world systems – democracy and capitalism on one side, socialism and state economy on the other – today there are also hybrid systems, as well as new military and economic superpowers, and global challenges like migration, climate change, terrorism and cybercrime.

Putin’s regime may have already scored a point just having the meeting come together. But the regime also knows that that doesn’t change anything. It will need to shift itself some. That will not happen quickly. The Kremlin has made clear that it is not affected by Western sanctions; it has even learned to live with them and to use them in their own propaganda.

China Does Essentially What Russia Finds Offensive in the West

But the regime is not omnipotent. It is worth taking a look at its weaknesses—China, for example. Moscow’s relationship with Beijing is close, but it is not a relationship between two equal partners. Beijing sets the tone. It is the economically stronger partner and has more resources, human as well as financial, to invest in Russia and former Soviet republics. It is essentially doing what Moscow finds offensive coming from the West: intervening in Russia’s sphere of geopolitical interests.

And then there’s Germany. Putin feels no real friendship toward Chancellor Angela Merkel. But there is stable communication between them. Regardless of who governs Germany after Merkel, Putin can already expect a noticeably more critical view eastward from the government. One can expect even more difficult times in relations between Germany and Russia, as well as between the EU and Russia.

Biden Knows that Global Challenges Can’t Be Addressed without Russia

In the climate crisis, the fight against international terrorism, and the pandemic, in Syria and Ukraine, little can be done without Russia. The inverse is also true; its military involvement is costing Russia a lot of money that is needed in other areas, especially in development of more environmentally friendly technology and in medicine.

The sum of all these problems is forcing the opponents to take seats at the same table. They know that they will not be able to agree on much: human rights, geopolitical issues, election interference. But they also know that they must converge on other points, like environmental protection, international trade and armament control.

Rapid Change Cannot Be Expected after Meeting between Biden and Putin

The issues suggest that it is unlikely there will be any unexpected progress very soon. A first step toward convergence took place in the “Capital of Peace,” as Swiss President Guy Parmelin described Geneva in a symbolically laden greeting to Biden and Putin.

In the coming months and years, diplomats from Russia and the U.S. will identify the issues on which the opponents will be able to cooperate. The more such issues there are, the more each side profits, as does the entire world. But trust is necessary for that, much more trust than is needed for a photo on Lake Geneva meant for the history books.