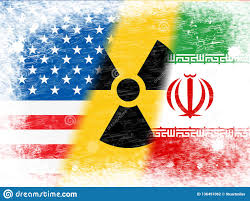 Why has Harris replaced Biden on the issue of a war of attrition in Iraq? How should we interpret the consequences of the counterstrike on Hay’at Tahrir al-Sham Omar gas field in Syria?

Two presidents made related commitments last week. The first was from Joe Biden, president of the greatest nation in the world (until now), who said that he will not allow Iran to possess nuclear weapons as long as he remains in the White House. In response, Iranian President Ebrahim Raisi, representing the greatest regional nation, said he would not meet Biden even if an agreement is reached in the Vienna negotiations that would lead to a return of the Iran nuclear accords.

It is very likely that there will be an opportunity to abide by these commitments for three reasons.

First, there are increasing reports, the latest by The National Interest magazine, that say Biden’s health is continuing to decline and that his ability to concentrate is weakening due to his advanced age (Biden is 78), increasing the likelihood that he could hand off power to Vice President Kamala Harris.

Second, Raisi will not greet his American counterpart whether he steps down from power or not. With the support of Supreme Leader Ali Khomeini, Raisi and the revolutionary branch have a firm clutch on power and oppose a return to the nuclear accords with the six superpower nations. Instead, Iran will return to enriching uranium at high concentrations and secure the technology to produce nuclear weapons as a means of deterrence. For this reason, it is demanding prohibitive concessions from the Americans.

Third, the United States has become a very dangerous threat to the Chinese-Russian alliance, of which Iran has become one of four main columns, (the fourth column is North Korea), and thus needs strong leadership that might manifest in the form of Harris.

The recent exchange of ballistic missiles from drones that fell on the Syrian-Iraqi border between the U.S. and divisions of the Popular Mobilization Forces, as supported by Iran, confirms that the U.S. is quickly being dragged into a war of attrition, directly or indirectly, with Iran. This is a reality that could unfold without the participation or approval of Congress, something which has caused concern among American lawmakers, especially Democrats.

A number of issues are worrying American legislators, most prominent is the widening scope of these clashes, which could snowball in the coming days, resulting in a never-ending tit for tat exchange. Another matter is the increasingly prominent role that the Popular Mobilization Forces are playing with guided rockets and advanced drones equipped with technology that makes it hard to track and thus intercept before reaching a target.

American troops in Iraq (currently at 2,500 soldiers) have limited their mission to confronting Islamic State, according to the official narrative. However, it’s clear that they’ve begun to confront the Popular Mobilization Forces, an enemy that is more dangerous and equipped with modern weapons. This is a situation that leaves American leadership with two choices. Either the U.S. increases the number of troops, which means more losses, a choice that is unlikely; or the U.S. intensifies air raids and targeted strikes, which means further entrenching itself in a proxy war against Iran, the more likely choice.

The battle to remove American troops isn’t from Iraq alone but also Syria, and it’s begun with Russia’s help and Chinese support. The latest strike, which targeted the Omar oil and gas fields east of Deir ez-Zor, was perpetrated by divisions belonging to the Popular Mobilization Forces; it’s the clearest and most dangerous signal coming from this area.

Anxiety is increasing and American entrenchment in a hot war of attrition is deepening. The probability of reaching a nuclear agreement is quickly diminishing to zero. Meanwhile, the Syrian-Iraqi border is being transformed into a deadly trap for America and its allies, whether inside the two countries or in the entire Middle Eastern region. We’re just waiting for the next round of this confrontation in the coming days.