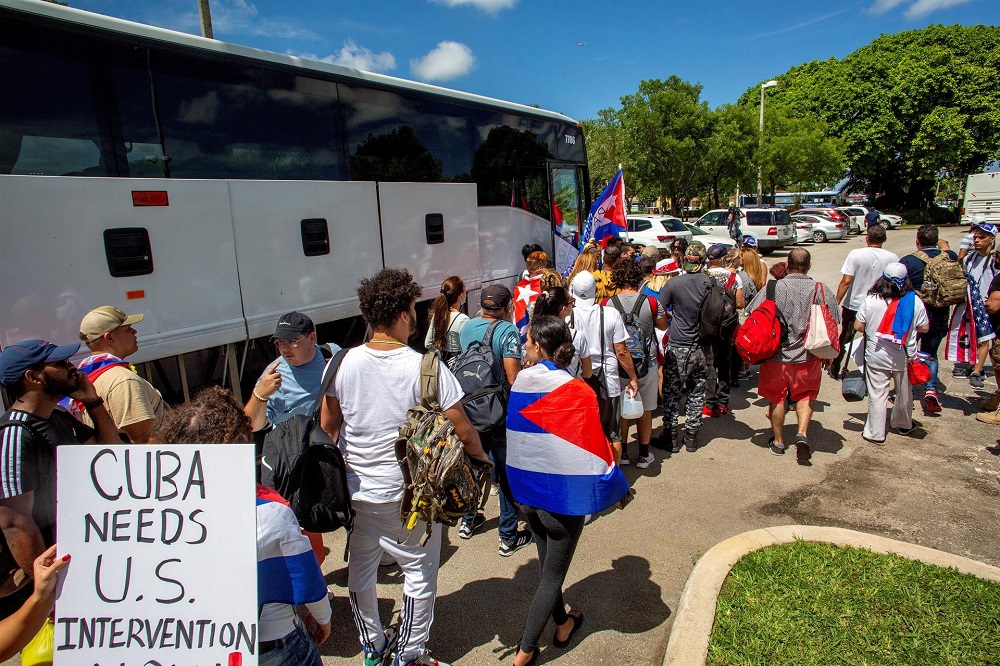 Thousands of Cubans went to the streets to demand food, education and freedom, but the Brazilian left closes its eyes and prefers to blame an embargo that began six decades ago.

The more I try to avoid the ambiguity and the inversion of values with regard to current issues, the more they hound me. Now it’s Cuba’s turn; the position of the Brazilian left, as always, is to find someone guilty. In this case, the United States is to blame for protests by the Cuban people, which, in fact, represent dissatisfaction with a dictatorial regime that began in 1961, two years after the Cuban Revolution led by Fidel Castro. At the time, Havana was occupied by socialist revolutionaries. Today, in the face of the population’s protests as they clamor for freedom, our country’s left, with the approval of Cuban President Miguel Díaz-Canel, is blaming the American government for the recent revolt, the economic situation and for the lack of freedom in Cuba. Once more, the distortion of a blatant reality is right in front of our faces, a reality that only those who do not want to see cannot see. It’s as if the left is unable to see itself in the mirror.

Let us go back in time and understand how the United States’ embargo against Cuba, that, after the victory of the 1959 Cuban Revolution increased the tension that had always existed between the two countries, happened. In 1960, Cuba began a wave of nationalization that affected American business on the island at a cost of $1 billion, including land and sugar refineries. In February 1962, John F. Kennedy’s administration extended the embargo, which began the previous year, restricting Cuban imports. Under the Foreign Assistance Act approved by the U.S. Congress in 1961, the president could impose these measures until the Cuban government compensated American citizens for nationalizing their businesses.

The embargo continues to this day, although it has been cut back on specific occasions. However, under Bill Clinton’s administration, the Cuban Democracy Act of 1992 and the Cuban Liberty and Democratic Solidarity Act of 1996 reinforced the embargo. The 1996 act limited other countries’ commercial operations with Cuba, in addition to allowing Americans born in the country to sue those who confiscated their property on the island. In 2015, under Barack Obama’s administration, diplomatic relations between the two countries resumed, with the reopening of the United States Embassy in Cuba. In 2017, with Donald Trump in office, the embargo’s sanctions were reinstated. Is this information enough to justify the Cubans’ current revolt against the dictatorship that has taken over country? Actually, the reality is different, and the demands of the population go far beyond these facts.

On July 11, thousands of Cubans took to the streets to protest for the first time in more than 60 years in nearly 20 cities and towns across the island, and in the name of freedom, they demanded, “Down with the dictatorship.” As a result, Díaz-Canel went on TV and called on his supporters to confront the protesters. A participant in the Pinar del Rio protest said, “This is for the freedom of the people, we can’t take it anymore. We want change, we don’t more dictatorship.” The protests, in various locations across Cuba, started on the internet and spread to the streets, where the protesters said they had no food or medicine, to say nothing of freedom. In addition to a chaotic economic situation, the country is also facing the consequences of the COVID-19 pandemic, including a lack of vaccines and the increase in cases and deaths, which has led the government to ask for international aid. In addition, this entire crisis provoked a drop in tourism, an engine of Cuban economy. It is believed that, with the increased use of social media in Cuba, citizens were able to vent their anger at and cry out for more freedom and democracy.

Faced with the Cuban people’s revolt and the protests that occurred this week against the dictatorship of Diaz-Canel, a president chosen by the Castro family to continue governing with an iron fist, Brazilian left-wing personalities also protested, blaming the United States’ economic embargo for all the chaos. These lame excuses before a dictatorial government amaze me, as it is a government which spans the history of a country with extreme poverty that cries out for freedom at the height of an economic and ideological crisis. If that were not enough, our country’s left blames the current government for the lack of freedom in Brazil, disregarding any facts that point to the Cuban people’s dissatisfaction with a dictatorship that was installed in their country. It also blames the United States for the Cuban protests. What does all of this mean? This is my revolt, for once again the facts are distorted to cover up reality. Let’s stay alert.