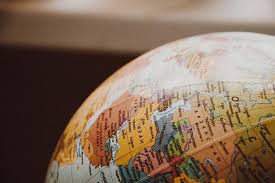 On his first trip to Europe after being elected president, Joe Biden promised his European partners that the United States would lead the global fight to defend democracy, currently threatened by a clear authoritarian drift throughout the world. This promise is, fundamentally, the recycling of a narrative that the world’s most powerful nation has always known how to articulate and broadcast, in every way possible, since its founding: the idea of America as a beacon of democracy, an example to be followed by people everywhere.

I won’t revisit the ways in which that idea, as well as American democracy itself, have historically rested on the extermination of the original inhabitants of the land that became the United States, or on the odious system of slavery. In any case, American society is engaged these days in rewriting that history and repairing the sins of the past, an effort that is, one must recognize, admirable and positive. Indeed, it might serve as an example for other nations, such as Brazil, that also need to repair the original sin — segregation — on which they were founded, and reinvent themselves.

The challenge is that the current American president’s position concerning the defense of global democracy has two distinct problems. First, he singles out only “external enemies,” particularly China, as being supposedly behind the current authoritarian drifts happening throughout the world. Second, contrary to his vow of a return to multilateralism, he does not appear to consider it necessary to work with international institutions, such as the United Nations or regional political organizations, in this “good fight.” Instead, he has bestowed on the Group of 7 and NATO — two institutions set up by the West to defend its specific interests — the role of promoting democracy worldwide.

The key point here is that, before it assumes the leadership of the defense of global democracy, disregarding a role for multilateral institutions, as well as — an important detail that the imperialist mentality tends to ignore — the very citizens of nations where democracy either does not exist or is in danger, the current American administration should look at its own internal state of affairs.

As it stands, and as I wrote last week, democracy in the United States is under attack by right-leaning forces represented by Trumpism. This threat was not entirely defeated by Biden’s victory in the last election, as evidenced by the fact that 18 states with Republican majorities have, since then, passed legislation that makes voting more difficult for its citizens. Clearly, what happened in Georgia and Arizona in the last election, where the organization and mobilization of social movements led to a surprising electoral turnaround (aside from Biden’s victory, Democrats also picked up Senate seats in these states), was a wake-up call for Republicans: The growth of urban and minority votes must be stopped, at any cost.

What this means is that if the American administration truly wants to take the lead in the fight for global democracy — a necessary and just effort, it must be said — it must first defeat the threat posed by its own far right. This is not to say it’s solely a threat in the United States, since the evolution and articulation of far-right alliances is a phenomenon all over the world, led partly by the American alt-right movement.

The days of the old authoritarian regimes, grotesquely inspired by Soviet and Maoist models, are numbered, as they lost the ideological battle some time ago; in addition, their choice to embrace capitalism makes the survival of the old political models that were their foundation impossible. The principal threat to democracy, today, is found in the new authoritarian models, inspired by the American far right.