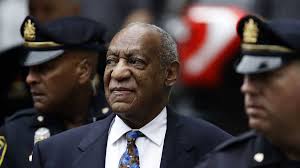 Well, just like that, having just been released from prison where he was serving a sentence for sexual assault, Bill Cosby is already talking about getting back onstage. According to what his agent told the Los Angeles Times, the American comedian wants to do a show tour in the United States, London and … Canada.

I’m sorry, but nothing and nobody could convince me to buy a ticket to listen to this man tell jokes if he were to come to Montreal.

Not in My Theater

Let’s be clear. Cosby was not innocent. He was not cleared. He got out of prison on a technicality. Cosby reached a civil settlement of the case in 2005, which invalidated his criminal trial, in which he was convicted of having drugged and assaulted a woman.

I have always defended two principles: the presumption of innocence when someone has not yet had a just and fair trial; a second chance when the person has done the time and paid a debt to society.

Neither of these principles applies to Cosby. He was found guilty and got out of prison at the end of three years on a procedural defect.

If I were in his shoes, I would have claimed a modest victory. I would thank my lucky stars for having been able to get away with paying so little, and I would try to make myself forget it.

But for Cosby, who is 83, to be pushing his luck by seeking to get back on stage, that is beyond me.

People who will be buying tickets to see him cannot say that they don’t know what kind of man they are going to listen to on stage. The promoters and the theater owners who have contacted Cosby’s agent all know what they’re dealing with.They are hiring a man who was convicted in a court of justice for the sordid rape of Andrea Constand in her own home in 2004.

Frankly, we can do without this description. There is something indecent about this “exuberance.” If Cosby finds his life hilarious, good for him. But there is nothing funny about his being released, even if it is totally defensible from a legal point of view. His testimony in a civil lawsuit should not have been held against him in criminal court. The system did not respect this understanding.

The Fifth Amendment to the U.S. Constitution provides that a person has the right against self-incrimination.

Nothing Funny about It

We live in a democracy, and nobody can stop private enterprise from making money as it wishes by hiring a condemned man. But we have a choice, as citizens, to follow our consciences … or not.

I don’t think we have to ban theaters from inviting Cosby. We don’t have to forbid the public from buying tickets.

But we have the right to find it immoral to laugh out loud with a man whose true nature we now know.