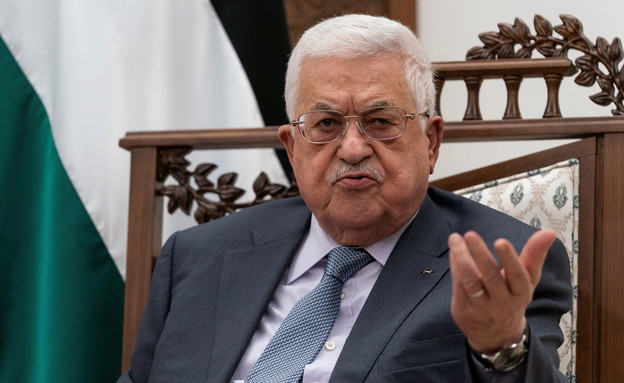 The new administration in the United States is raising renewed hopes among the Palestinian leadership.

Beyond making an internal Palestinian public relations move, Mahmoud Abbas hopes to sweep away the remains of the existing Donald Trump – Benjamin Netanyahu order with a list of demands, and to turn back the wheel of time. This is likely to require that Naftali Bennett’s government make several gestures to the Palestinians.

On the eve of the arrival of American representative Hady Amr, deputy assistant secretary of state for Israeli and Palestinian affairs in the U.S. State Department, Ramallah was evidently ready to signal victory. The return of the Palestinian issue to the regional daily agenda is a joyous return in and of itself, from their perspective. For some time, the Palestinian leadership has had the sense that it was a lost cause, one that was relegated to the margins of debate. The Abraham Accords, which were the product of American and Israeli planning (by Trump and Netanyahu), had left the Palestinian leadership with a sour taste, and there is a sense that a new equation is being fashioned in the geopolitics of the Middle East.

Beyond the customary demands — status quo for the Temple Mount, halting the eviction of Arabs from their homes, preventing the expansion of settlements, another round of prisoner releases — which are complicated in themselves, there is also a basket of civil demands: increasing the number of labor permits in Israel, and restoring police officers and Palestinian customs authorities at the Allenby Bridge. All of these demands are intended to create a reality with the scent of Oslo* and to reinforce the idea that the “deal of the century” is history.

Beyond the practical aspect of the Palestinian demands, the event was a public relations effort meant to show that Ramallah had recovered some of its lost prestige, but it dwindled to nothing during Operation Guardian of the Walls. In the course of the fighting, Hamas overshadowed the Palestinian Authority and showed its aging leadership to be an empty vessel.

In the course of Guardian of the Walls, Ramallah presented itself as the party capable of picking up the pieces and applying diplomatic and political pressure on Israel in line with the spirit of the Middle East.

The document of demands presents a challenge to the new government in Israel, particularly where it refers to the Israeli government’s right wing. The need and the desire to build a sound working relationship with the new administration in Washington will require lending an attentive ear, perhaps even making a number of overtures regarding the Palestinian issue. Whether this will happen and to what extent will become known in the coming weeks.

*Editor’s note: Oslo is a reference to a reference to the Oslo Accords signed in 1993 which addressed Palestinian governance of the West Bank and Gaza Strip.

About Charles Railey 12 Articles
I recently retired from the federal government, having worked for many years on Middle East issues and regional media. My fascination with the region has never changed and this is one reason why the work of Watching America caught my eye. I live in the DC area with my wife, two grown children, and three cats.