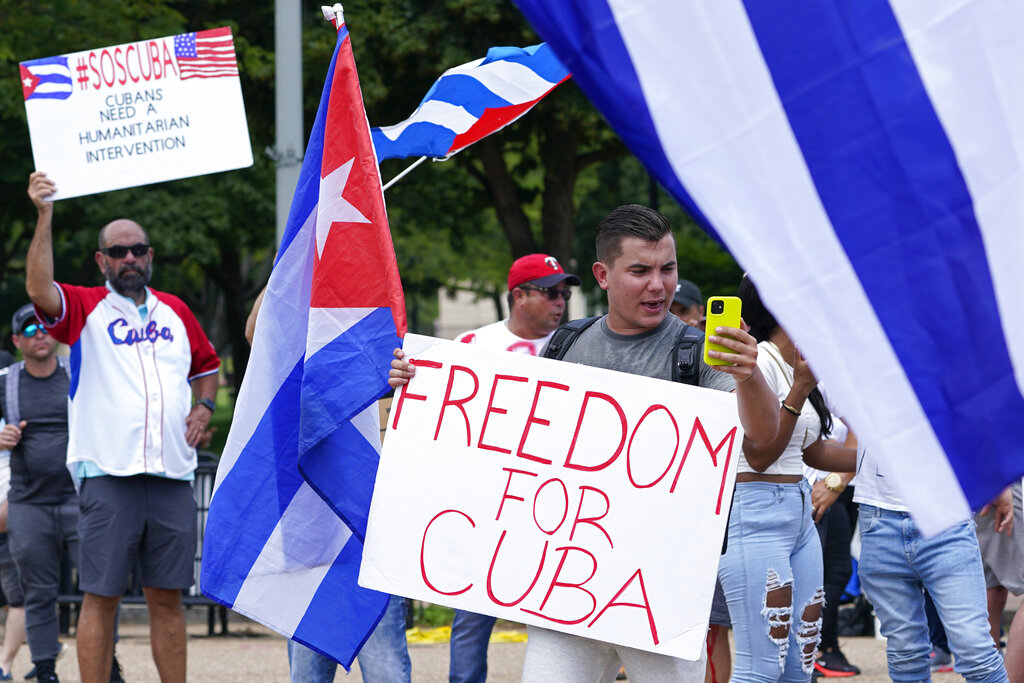 It would clearly help the deprived population of Cuba if the U.S. Air Force started bombing the country. According to Miami Mayor Francis Suarez, who has Cuban roots, military intervention should be considered as a minimum form of help and should be conducted strictly through an international coalition, of course, so no one starts talking about American imperialism. Perhaps the only thing we could have expected from the allies was the U.N. General Assembly’s recent condemnation of U.S. economic sanctions against Cuba by a vote of 184-2. Only Israel stood with the U.S. on this issue. Regardless, American military adventures in Cuba have only reinforced a more left-leaning nationalism and have never given the people concerned a sense of the freedom they desire.

President Joe Biden’s suggestion makes more sense then, that the United States should perhaps provide satellite internet access to the Cubans whose own government has cut them off from the web. Support for the pro-democracy movement is not “intervention,” it is the moral duty of every society that lives in a democracy. Of course, the question arises that if satellite internet access is technically achievable, then why hasn’t the U.S. provided it to Cuba yet, or to others. Dictatorships would obviously see this as meddling in their internal affairs, but let the dictators howl.

The Cuban Revolution and what followed is continuously becoming less of a revolutionary regime, one which for more than 60 years has fed off of opposing America. All of the misery and the misconduct by leaders can be blamed on the embargo. But relations with the island nation are also a domestic issue in the United States. Florida is an important election battleground. In 2000, for example, George W. Bush’s election and the invasion of Iraq, taking place instead of the election of Al Gore and turning the country’s focus to the internet and environmental protection, depended on 537 votes. The majority of the 1.5 million Cuban voters who live in the state are strictly against communism and are Republican. Biden lost relatively easily last year in Florida because Donald Trump played on anticommunist sentiment and cut back on initiatives started under Barack Obama to open up Cuba. Biden has returned to the spectacularly ineffective embargo policy of previous decades, which cynically undermines the American electoral interest that Cubans hold for a better life. Biden guarantees Florida votes, and at the same time, he guarantees that the island nation remains status quo.

It’s hard to judge the events of the last few days and where Havana turns after the Castros. The plan is probably a cautious turn toward capitalism while preserving the one-party system, which is the Chinese and Vietnamese model. Right now, we only see a strong hand; hundreds of demonstrators have been detained. If the regime cannot successfully satisfy its citizens, then everything could collapse because the Cubans, especially young people, finally want a life. An explosion is in no one’s interest, but you need more than clichéd statements to prevent this from happening. It’s a catch-22 situation, although Biden’s internet idea is at least something new.