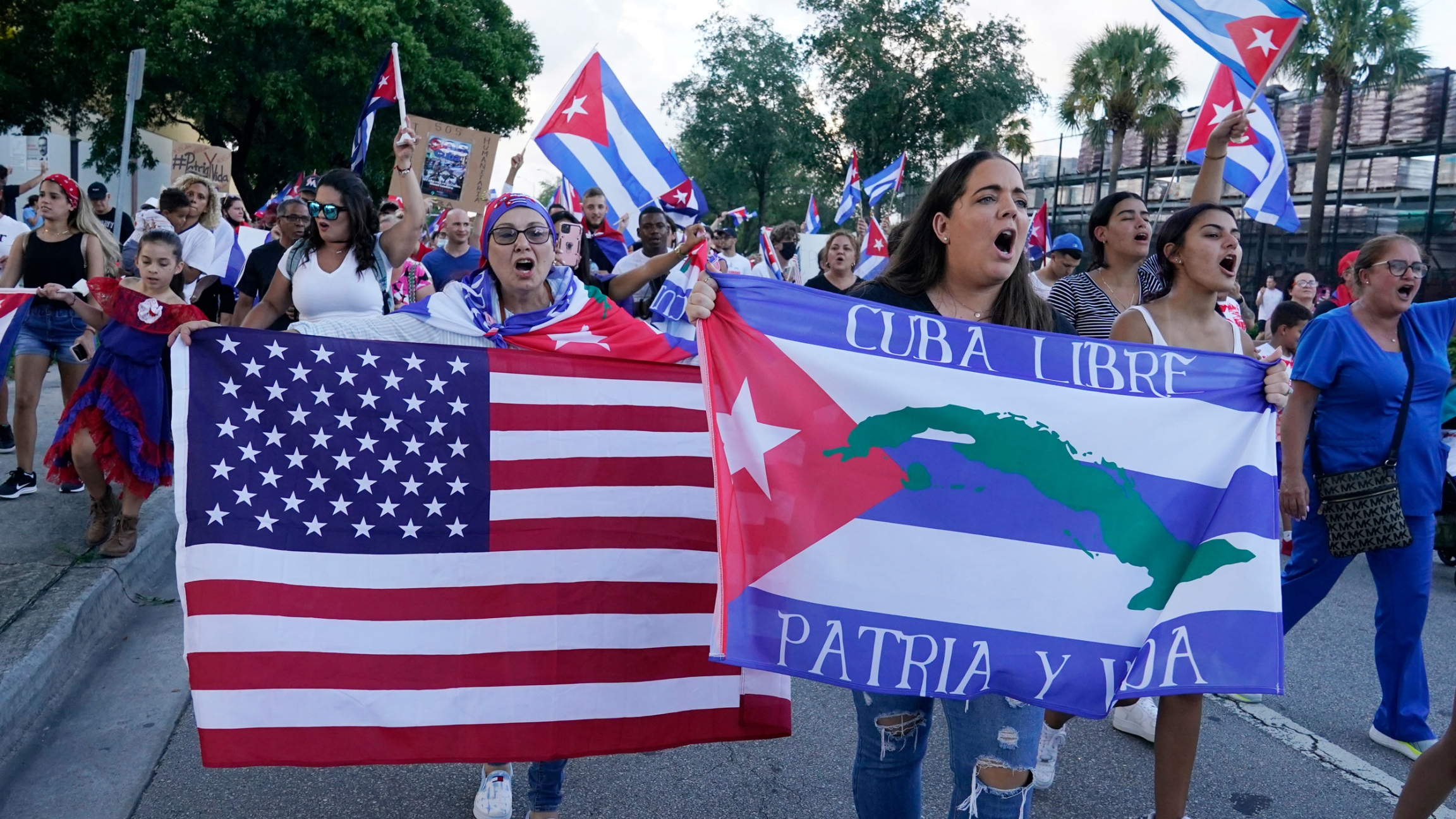 The protest that occurred on July 11 in Cuba was the largest since 1994, when the Maleconazo uprising, which was limited to a few people in the center of Havana and lasted only a few days, initiated the flight of the “boat people.” This time, the unrest was larger and more diverse. All at once, the right and ultra-right-wing politicians of the world spoke out against the communist dictatorship, without mentioning the sentiment or the vote of countries around the world, which once again passed a resolution expressing their support for ending the heinous U.S. economic blockade. As has been the case since 1992, there were only a few votes against the resolution.

Those votes came from the U.S., the author of Cuban suffering, and the fascist regime in Israel, joined now by the Uribista neophyte Iván Duque Marquez (from Colombia), comedian Volodymyr Zelenskiy (from Ukraine) and the idiot Jair Bolsonaro (Brazil), who abstained from voting in the face of the political butchery of a country that refused to bow down before the American empire. And as usual, Luis Almagro and his kindred spirit, Michelle Bachelet, kowtowed to America.

Reports by David Brooks show how the gringo vote in the U.N. has become more and more subject to the sentiment of the gringo-Cubans in Miami. This chorus of detestable anti-Cuban Cubans could be heard immediately on social media. The chorus included the Miami Mayor Francis Suarez, who tweeted that the people are desperate because there has ben no gringo intervention yet. He asked for military action such as bombing Cuba, recalling the barbarous U.S. attack against Panama. For the U.S. government, the Florida vote is more important than the lives of 11.3 million Cubans.

In general, the gringo-Cubans have been zealots for the Republican Party, because the Republicans believe, despite all evidence, that the blockade will cause the overthrow of the Cuban regime. At the same time, the gringo-Cubans believe that the blockade will continue to drive emigration from Cuba to Miami, weakening the Cuban regime.

Although the world is changing, it is becoming increasingly more doubtful that Florida actually voted for Donald Trump, without saying too much more than that. Miami-Dade County, with a population of 2.5 million, voted Democratic in previous elections. On the other hand, there does not yet exist any consensus in the U.S. on the blockade. Within 48 hours of the protests in Cuba, the number of Democrats urgently calling for the modification or cancellation of the measures imposed by Trump to strangle the island multiplied. Either way, we need to pay attention: Trump is regaining ground.

The vast majority of Cubans who participated in the protests are not agents of the American empire, nor are they co-conspirators in the kind of sinister plots the U.S. has orchestrated around the world. Every protester seems genuinely aggrieved in his or her own way by the shortages of food, medicine, electricity and other basic necessities, shortages that ignited the unrest. But we cannot rule out the scheming machinations of the gringos, nor of the Cubans who have enabled and promoted the cruel and inhumane blockade imposed by the U.S. government.

Cuba has much political and economic work to do among the sectors of the population that participated in the protests, and among the emigrantCubans and their descendants in Florida (and other states) who voted for the Democratic Party. Recent emigrants look favorably at Bernie Sanders. Furthermore, Cuba should enact a policy combating anti-Cuban propaganda on social media. Under current conditions, Cuba lacks the support of the rest of the world.

After 20 years, the U.S. is pulling out of Afghanistan, and there are only 2,500 U.S. troops left in Iraq. But insurgencies continue in both countries. In both the Iranian and Afghan conflicts, Washington had hoped that the imposition of democratic reform would protect the population, win their hearts and minds,”and destroy the insurgency. This has not happened, the way the 2006 U.S. Army and U.S. Marine Corps Counterinsurgency Field Manual that guided both campaigns said it would. The U.S. efforts in these countries have been an unmitigated failure.

In Cuba, the U.S. will not find an insurgency that is easily controlled. This insurgency against the state has been going on for 60 years, since it toppled dictator Fulgencio Batista. The U.S. lacks a field manual for toppling a government born of a progressive revolution that has historically had broad popular support. When Biden said, “We stand with the Cuban people and their clarion call for freedom and relief from the tragic grip of the pandemic and from the decades of repression and economic suffering to which they have been subjected,” he showed that he either knows nothing about the Cuban people, or that he’s kidding himself.

If there ever were an attempt to invade the island, the overwhelming majority of the Cuban people would organize into a people’s army to defend their country, not to mention the fact that innumerable Latin Americans would also take up arms to defend it. Aside from the obvious differences in distance, if the U.S. invaded Cuba, it would have about the same luck it had in Vietnam.