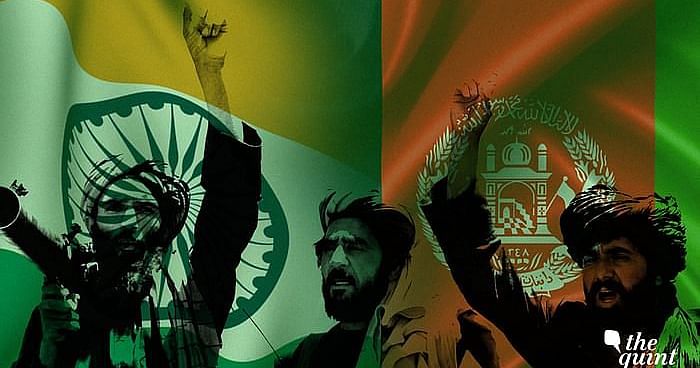 As U.S. forces prepare to withdraw from Afghanistan, the situation is clearly deteriorating. Afghan security forces are clashing with the Taliban, who are sweeping through rural areas of Afghanistan. The situation that is unfolding is chaotic and is not in the interests of the state or the region.

Afghanistan is slowly descending into chaos and civil war. It is clear that the Taliban are sweeping across the country, taking advantage of the decrease in NATO forces. According to the Taliban, they have already occupied 85% of the entire country, a problem for Afghanistan and its neighbors.

With regard to the regional players, a U.S. withdrawal would increase Pakistan’s influence, but it has also raised fears that instability in Afghanistan could spread to South Asia. Even Islamabad, whose influence is expected to increase with the anticipated return of the Taliban, with which it has strong military ties, had hoped to make some progress in the peace process before the U.S. exit.

In the past, Pakistani officials made it clear that the withdrawal of foreign forces from Afghanistan should coincide with progress in the peace process. Pakistan played an important role in bringing the Taliban, with whom it had connections prior to the U.S. campaign, to the negotiating table. Once the Taliban come to power in any way, it is expected that Pakistan will continue to play a major role.

The U.S. has set an official deadline of Sept. 11 for the withdrawal of remaining American forces, but that also leaves Afghanistan awaiting a very uncertain future after two decades of Afghan government rule. What is also clear is that the U.S. will no longer take the lead in Afghanistan. Given this vacuum, other countries, from Pakistan and Russia to China and India and from Iran to Turkey, are likely to step up.

India’s role remains uncertain, given its weak relations with Pakistan, which has the most influence with the Taliban out of all of the countries involved. In the event of complete instability, India will certainly have very little room to maneuver. For years, Afghanistan has witnessed the conflict between India and Pakistan.

Pakistan sought to limit India’s presence and influence as India strengthened its relations with the Afghan government, and India took advantage of the American presence to play a role. Over the past two decades, India, which refused to send its own troops, has invested more than $3 billion in building schools, roads, dams and the parliament building. India’s development strategy in Afghanistan has been a mix of small and large projects in order to build goodwill among its people. And in recent years, it has also started to cooperate with security, providing helicopters and radar to Afghanistan. Last year, India announced an additional 150 projects in Afghanistan worth $80 million.

But India, like other countries, is also aware of Afghanistan’s uncertain future. For India, the withdrawal of Western forces has raised fears of losing the influence built over the past two decades under the umbrella of American protection. There is real concern that the Taliban organization’s accession to power may not only lead to instability in Afghanistan, but may also extend to the region, particularly in the Indian part of Kashmir.

However, it is not clear whether the Taliban, once in power, will reach out to other countries in the region. Some believe that the Taliban also want to maintain relations with regional powers, not just with Pakistan. Although India has no links to the Taliban, the Taliban did not react when India revoked Kashmir’s special status last year.

India has also opened some channels of communication with the Taliban, but they may be too late and of no value. There is still a split between the different factions within the Taliban itself. Therefore, if an agreement is not reached between the Ashraf Ghani government and the Taliban before the departure of the last U.S. and NATO forces by the end of this month, the country will plunge into a deep quagmire of a long civil war that could destabilize the entire region.

The author is head of the Center for Islamic Studies, New Delhi.