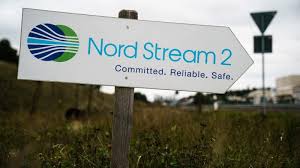 “Joint Statement of the United States and Germany on Support for Ukraine, European Energy Security, and our Climate Goals.”

This is the title of the agreement that the United States and Germany announced on July 21. Based on the vague title alone, it is not immediately clear what the statement is about. The key point is that the United States has withdrawn its long-standing opposition to the pipeline and agreed to the natural gas pipeline connection project known as Nord Stream 2 linking Russia and Germany.

Europe has imported gas from Russia since its Soviet Union days. Since the end of the Cold War, relations between Russia and Ukraine have deteriorated considerably. In January 2009, Russia blocked the pipeline connecting Ukraine and the rest of Europe for 13 days, leaving Europeans to shiver in the cold without any heat. This is the background of the project designed to connect a natural gas pipeline directly from Russia to Germany along the Baltic Sea. This pipeline is a 1,222-kilometer submarine pipeline (approximately 760 miles) passing under the seas of Russia, Finland, Sweden, Denmark and Germany. The first natural gas pipeline (Nord Stream 1) was completed in 2011 with the capacity of supply 55 billion cubic meters of gas annually (approximately 1.9 trillion cubic feet). In 2015, Germany and Russia agreed to construct a second gas pipeline (Nord Stream 2) with an annual capacity of 55 billion cubic meters (approximately 1. 9 trillion cubic feet) next to the existing one.

The United States, Germany and Russia have clashed over Nord Stream. Since the days of President Barack Obama, the United States has opposed relying too heavily on Russian energy, warning that it threatens Europe’s security. During the Donald Trump administration, Secretary of State Mike Pompeo charged that the second pipeline was one of “Russia’s malign influence projects.” Acting on the justification for European security, the United States calculatingly sold surplus shale gas to Europe at a high price.

A few days ago, the Biden administration said that it “has been clear that the Nord Stream 2 pipeline is a Russian geopolitical project that threatens European energy security and that of Ukraine and eastern flank NATO Allies and partners.” The main reason the United States changed its position is that worsening relations with Germany has had a negative influence on the European-Atlantic alliance against Russia. The U.S. realized that continuing to push Germany would not serve its strategic interests.

When there is a difference in opinion between South Korea and the United States, there are quite a number of people within Korea who argue that following the United States would strengthen the U.S.-South Korea alliance. On the other hand, the Nord Stream 2 agreement between the U.S. and Germany shows that the U.S. can also strengthen its alliance by changing its mind.