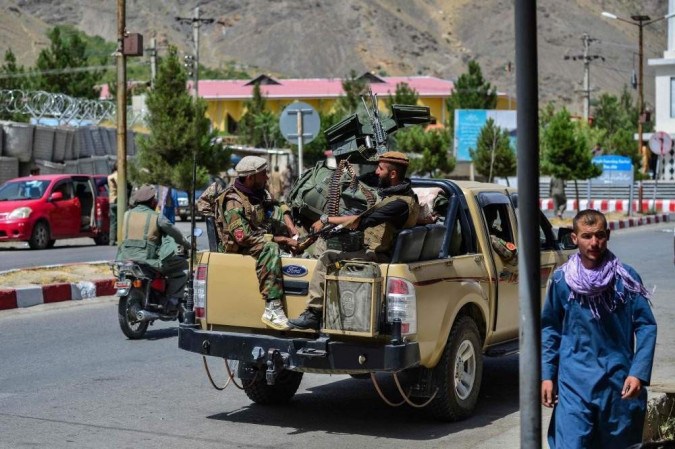 It is evident that, given the role the United States has assumed since the mid-1940s, Donald Trump would never have been able to implement the kind of isolationism that was demanded of Woodrow Wilson at the dawn of the 20th century.

In 1934, the book “Merchants of Death, A Study of the International Armament Industry” was published in the United States, written by two talented authors: journalist F.C. Hanighen and writer H.C. Engelbrecht, both Americans. The authors denounced war as instruments of profit for a restricted group of people, the so-called merchants of death. Contrary to what one might immediately imagine, Hanighen and Engelbrecht never were militants against the elite; they were conservative and wrote out of conviction.

The work is a classic and portrays a time when the country found itself divided between involvement in international affairs and the priority of domestic issues, a theme which occupied much of the administration of President Woodrow Wilson, who resisted entering World War I as long as possible,, succumbing in 1917 to pressure from Theodore Roosevelt, among others. Joining the conflict had a price: A significant part of American society felt betrayed by the breach of neutrality, and there was growing demand for the country to isolate itself from European conflicts.

During this period (the end of the war to the beginning of the 1930s), the term isolationism appears in academic circles in the United States to characterize the political thinking that preaches distance from external conflicts and priority for domestic affairs. Certainly, this environment influenced the publication of “Merchants of Death.”

The doctrine remained in the American imagination, although diminished with the new responsibilities arising from the position of incontestable leadership that the country achieved after the end of World War II and during the Cold War; that is, the dispute between the United States and the now extinct Soviet Union over global influence.

In his inaugural address on Jan. 20, 2017, Donald Trump revived the term and gave it a new look: “America First.” It is clear that, given the role that the United States has assumed since the mid-1940s, Trump would never be able to implement “isolationism” like Wilson wished to do at the dawn of the 20th century. But, even so, Trump sought to put it into practice, as exemplified by his threats to leave NATO, his fixation with cutting costs for U.S. military presence in South Korea, Germany and Japan, and, when he flirted with the possibility of Japan and Saudi Arabia having nuclear arsenals during a national news program broadcast from Milwaukee, Wisconsin.

It is clear that these representations by Trump were not always characterized as government policy; they were not infrequently simple efforts to gain votes. But they reveal the need to please the sector of voters which thinks that the U.S. should step back from its international obligations.

The Trump doctrine of “America First” drove the U.S. to withdraw from Syria in October 2019, to the delight of Turkish President Recep Tayyip Erdogan. And it led to direct negotiations with the Taliban for the withdrawal from Afghanistan, which Trump agreed to carry out by May. Joe Biden took office and, in an act challenged by some of his aides, proceeded with the plan to leave Afghanistan, although postponing it from May to August.

On Aug. 15, the world watched with disbelief and concern as the Taliban took back Afghanistan. The chaos in the Afghan capital has caused many to evoke images of Saigon in 1975, forgetting that the United States invaded Afghanistan in 2001 in response to 9/11, with political support from the United Nations and military support from NATO. The aim was to stifle al-Qaida and avoid another attack like the one perpetrated against the twin towers and the Pentagon. Twenty years later, it is fair to say that the mission, thus far, has been accomplished and with success. On the other hand, leaving Kabul was a disaster from a strategic and organizational point of view. History will tell whether giving up a presence in Afghanistan was a wise decision. In any case, we could see Wilson’s pre-1917 America in Kabul in 2021.