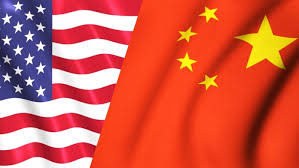 Twenty years ago, the editorial section of the French newspaper Le Monde ran the headline, “We Are All Americans.” Even Beijing stood with Washington. Today, solidarity with the United States has disappeared. Newspapers in several of the countries which stand as enemies of the United States could now run the headline, “We Are All the Taliban.” The sad reality is that the U.S. has lost the war in Afghanistan and the world has dramatically changed.

The 9/11 terrorist attacks and the subsequent war in Afghanistan are not the root cause of this change, but they are the most symbolic. The world has changed so much, primarily because the domestic politics of the two largest powers have changed dramatically. The United States has become much weaker and China much stronger. The United States has even less capacity than before to keep its promises.

What are the concrete effects of the United States backing off from Afghanistan?

In 2001, with the occupation of Afghanistan, U.S. leaders began to build strong ties with Central Asian countries, much to the chagrin of the Chinese government, which viewed this hydrocarbon and mineral-rich region as its backyard. Twenty years later, it is clear that the Chinese government has succeeded in building relationships with Iran, Pakistan, Russia, Kyrgyzstan, Tajikistan and Turkmenistan. Even Turkey is being successfully courted by China. China’s success among Muslim countries can be measured by the opacity of their silence in the face of the genocide against the Uyghurs.

2. What is left of the American democratic model?

In 2001, many people in the Middle East dreamed of ridding themselves of their corrupt leaders and achieving democracy. In 2021, these populations are disappointed, and religious fundamentalists are taking advantage of the opportunity to promote their theocratic models.

3. What is the main strength of the United States?

In 2001, perhaps the most powerful weapon of the United States was not its military or its economy, but its machine for making people dream of America. It was the dream machine that attracted immigrants from around the world. It is what gave the United States its moral superiority and its value as a global example. Now the American dream is turning into a nightmare. Racism, “woke” culture, religious fundamentalism, outrageous economic inequality and Republican attacks on the foundations of democracy are destroying American society from within.

4. Does this mean that all bets are off?

It is too early to say. The United States can still bounce back, and hopefully it will. Conversely, China’s increasingly totalitarian trajectory is pointing toward a resurgence of problems similar to those faced by the Soviet Union.