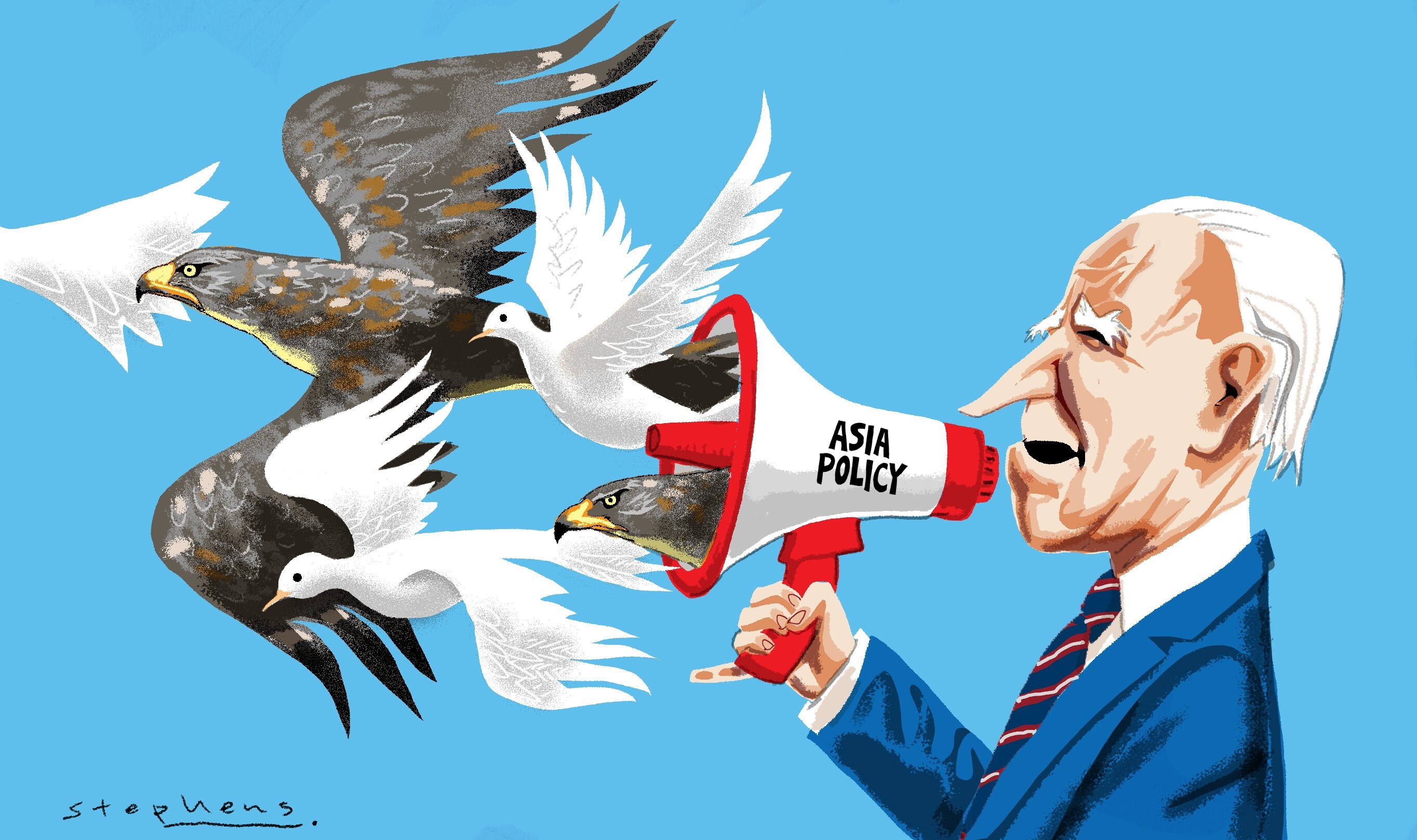 “We are not seeking a new cold war,” President Joe Biden declared in his first address to the United Nations.

As he said, I hope the U.S. will strive to create an order of inclusion based on interdependence and trust, rather than diplomacy that pits the major powers against each other.

The quadrilateral framework of Japan, the United States, Australia and India is a touchstone for this effort. Led by the U.S., which views China as its most serious competitor, the summit was held face-to-face.

At the United Nations, Biden prioritized engagement in the Indo-Pacific region and emphasized the importance of allies and friends, and the four-nation summit was a demonstration of that unity.

Former President Donald Trump rarely attended international meetings in Asia. In contrast, it is commendable that the U.S. has shifted to a stance of deepening relations with the region.

On the other hand, one cannot help but wonder how serious the new emphasis on alliances is, and to what extent the U.S. is prepared to assume responsibility for regional stability.

The withdrawal of U.S. forces from Afghanistan was a painful reminder of this. The withdrawal was forced through without much coordination with U.S. allies; in the end, Biden’s diplomacy spread distrust that the U.S. was putting “America first.”

At that moment, the United States also launched a trilateral security framework with Britain and Australia. The U.S. announced its cooperation in the construction of Australia’s nuclear submarines, but this drew the ire of France, which lost a contract with Australia. Here, too, there seems to have been no prior coordination.

If the U.S. is in a hurry to regain the prestige it lost in Afghanistan in the Pacific region, it is in danger. A healthy alliance cannot be maintained through diplomacy that lacks careful communication.

It is also a cause for concern that there is a conspicuous sense of preoccupation with restraining China. Australia’s sudden deployment of nuclear submarines will have a considerable impact on the military situation in the region.

Many Asia-Pacific countries do not want to be at odds with its neighboring superpower, China. The United States, Japan, Australia and India share the view that coexistence and co-prosperity with China is the best scenario.

Biden also said at the U.N. General Assembly that “as we close this period of relentless war, we’re opening a new era of relentless diplomacy.” If this is the case, then the Quad should also distinguish itself from military organizations and work as a coalition seeking the common good of the region.

This time, the four leaders emphasized efforts to address the climate crisis and infrastructure development, including the supply of vaccines for the new COVID-19 strain. They also agreed to hold a summit meeting every year.

The agreed-upon yearly summit aims at peaceful development of Asia under the principles of human rights and the rule of law, and a desire to create an order involving China. I hope they will try to manage the framework in such a constructive manner.

About Owen 15 Articles
I am currently a university student with a degree in International Affairs and a soon to be degree in Japanese. I enjoy reading books, talking with people, and learning new things.