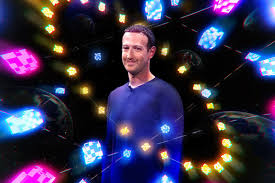 The Western media is reporting about Facebook’s plans to rebrand. According to press reports, it may happen as early as Oct. 28 or sooner, and there have been no further details.* In response to questions from Izvestia, Facebook said it would not comment on rumors. The lack of any further information makes it difficult to draw any specific conclusions, but it is possible to make a number of assumptions such as what changes the information technology will make and why.

Lately, Facebook has faced a steady stream of high-profile scandals, which largely had a negative impact on the company. In the last month alone, the company’s infrastructure suffered two massive and prolonged blackouts: Facebook, WhatsApp and Instagram were down for hours. Frances Haugen, a former Facebook employee, publicly testified against the social network’s strategy to combat misinformation. The U.K. imposed a fine of nearly $70 million on the network. If we look at the bigger picture, there is even more trouble on the horizon: antitrust investigations, allegations of hidden collection and processing of users’ personal data, large-scale data breaches and much more.

Basically, many people clearly think negatively when they hear the word Facebook. In 2021, Facebook scored 62 points out of 100 on the American Customer Satisfaction Index. The company places next to last among the ranks of social networks. Only Twitter ranks lower, with a score of 61 points. Facebook has lost 13 points in six years, the biggest drop among all social media since the American Customer Satisfaction Index was introduced. Obviously, the company faces its own brand crisis. What is needed is a strategy that will fix the company image and change its perception for billions of people. But will it work for Facebook?

Well, it depends on the scale of the rebranding strategy. If the social network changes its design and name, it will be a big step toward its objective. Insiders are not ruling out the possibility that the rebranding may have something to do with the word “horizon.” However, that’s hard to believe. The blue square with a lowercase “f” in the middle is way too recognizable. Besides, there aren’t enough reasons for Facebook to change its company name. On the contrary, it seems that the site intends to increase its presence in the media space. In 2019, the IT giant expanded the brand names of WhatsApp and Instagram, officially changing them to WhatsApp from Facebook and Instagram from Facebook.

A bold move will help the company convince people of its desire to change. For example, Facebook could accept the resignation of Mark Zuckerberg, who has always been the face of the company and is often associated with everything bad that has happened to Facebook. Interestingly enough, such a scenario does not seem improbable. First of all, the company’s shareholders were eager to remove Zuckerberg from Facebook’s board of directors in 2017, 2018 and 2019. Second, he is fueling such speculation with his own actions. Between November 2020 and July 2021, the company’s CEO sold 9.4 million shares of Facebook stock, reducing his stake to 14%. Third, since Jeff Bezos stepped down as Amazon CEO, Zuckerberg now remains the only founder of the Big Four (Google, Apple, Facebook and Amazon) who continues to lead the company.

Rebranding is more often used not so much to improve a company’s reputation as to prepare the company for the launch of a new product, one that should dramatically change or expand how people think of the company. We shouldn’t rule that possibility in Facebook’s case. After all, Zuckerberg recently announced plans to launch a metaverse, a virtual environment where users will be able to interact using virtual and augmented reality devices.

Since then, Facebook’s announcements have only emphasized how serious it is about that. Despite the fact that approximately 10,000 of the company’s employees are already engaged in the development of virtual and augmented reality accessories, on Oct. 18, Facebook announced that it would create the same number of jobs in the European Union. The newly arrived specialists will do the same thing as they did in the U.S.; they will work on the metaverse. Facebook intends to put these plans into action in the next five years.

There is no reason to ignore the fact that a huge story about a Facebook rebrand may turn out to be nothing more than a rumor. Again, because the IT giant already rebranded in 2019 with a completely different logo. This time, the rebranding may only affect the parent company. Similarly, Google Inc. was renamed Alphabet Inc. in 2015 and today owns the Google IT company directly and several of its subsidiaries. As in 2015, the changes in 2021 may not affect users in any way.

At the same time, other assets, excluding the social network, will only benefit from this maneuver. After all, this way the trouble that Facebook experienced will not be associated as much with Instagram, WhatsApp, Oculus and so on.

*Editor’s note: Facebook rebranded and renamed itself as Meta on Oct. 28, after this article was originally published.