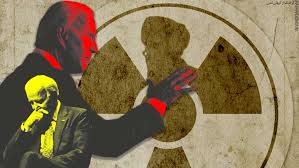 What form will the Vienna nuclear talks between Iran and the West take under the new Iranian administration? Will they bring results? What is the outlook for the negotiations?

About six months ago, on April 6, 2021, the Vienna nuclear talks began on the premise that the U.S. wanted to return to the Joint Comprehensive Plan of Action, often called the Iran nuclear agreement, and honor its commitments under that pact. The European parties to the agreement, particularly France, insisted that Iran should be part of these negotiations. At Iran’s insistence, the talks took place without America’s direct participation. They began two months after Joe Biden was sworn into office and covered six sessions. Eventually the administration of Iranian President Hasan Rouhani, which had been so set on participating and believed the promises of the European parties, came to an end, and the negotiations did not produce any tangible results. In fact, the talks even increased the Iranians’ distrust of the West, to the point that two recent polls conducted in Iran, one by Gallup and one by Pew (with help from Iran Poll), showed that 76% of Iranians are not optimistic about the results of the nuclear talks. We can say several things about this:

1. The Vienna talks have lacked a strong foundation from the beginning, since negotiating the return of a violating party to an agreement it signed makes no sense. When you negotiate for party which withdrew to return to an agreement, it means that the party that remained in the agreement is ready to offer concessions to lure the other party back. In other words, the remaining party is so desperate for the other side to return to the deal that it sacrifices some of its own their own rights, the same rights that the withdrawing party had agreed to and signed for. In any case, the six rounds of negotiations known as the P4+1 talks (defined as the members of the U.N. Security Council minus the U.S., plus Germany) have concluded, and looking back at the two-month negotiation process, we can clearly see that the Americans constantly added demands on top of previous conditions.

At the time, the Iranian Ministry of Foreign Affairs justified this by saying that “The Biden administration is firm on its position to revive the JCPOA and return to the U.S.’ commitments under the agreement. But as a ‘superpower,’ the U.S. cannot openly change its policy toward its enemy, and so Iran has to provide Biden with an excuse he can use to justify this change.” But it was entirely clear that this was a trap for the Islamic Republic. At the time, many experts referred to the years of useless negotiations that Iran pursued with Europe from 2018 to 2019, encouraging the Islamic Republic to avoid giving in to negotiations with the stated goal of returning the U.S. to the JCPOA rather than lifting sanctions. But at the insistence of the Iranian administration, the Supreme Leader agreed to negotiations with the P4+1 nations (that is, without the U.S.), on several conditions and with a few red lines. During those negotiations, the U.S. made its intentions known and worked toward advancing them, and new points emerged that suggested Iran increasingly distrusted the process.

2. The Americans, from Barack Obama to Biden, believe that, although the nuclear agreement offers many blessings for the U.S., it has two large flaws. First, the entire agreement is limited to a certain timeframe, after which Iran would be left as it was before the JCPOA, rendering it difficult for the West to reimpose sanctions on Iran’s nuclear program. Second, the nuclear issue was not the West’s main concern with Iran. Although one can see certain traces of America’s major concern about the region and Iran’s military, those concerns are not as much in play as the clauses concerning the nuclear issue. At the same time, having subjected its nuclear program to international oversight, Iran can negotiate over economics and other issues with world powers without the United States, and try to address them.

When the JCPOA was signed, Obama and John Kerry knew they had accomplished something great with respect to Iran, but nevertheless asserted that the U.S. had reached an incomplete and minimal agreement with Iran. President Donald Trump, calling it the “worst deal of all time,” then withdrew the U.S. from the JCPOA two years after taking office. Now Biden has the same attitude about the agreement as Obama and Trump did. He considers it an incomplete agreement that fails to address America’s main concerns, and therefore Biden hopes to change it.

3. During the two-month P4+1 negotiations, the U.S. was an absentee that nonetheless effectively controlled the negotiations with Iran. Practically speaking, the Vienna talks became negotiations between Iran and the U.S. The sanctions that the JCPOA was apparently signed to eliminate and which 2013-2016 negotiation philosophy focused on, were divided into three categories in order to tempt Iran back: green sanctions, yellow sanctions and red sanctions. The green sanctions were those from the Trump years relating to the nuclear project, and would be suspended. Of course, in the meantime, there was no guarantee that these sanctions would not also eventually be reinstated or reimposed under a different name! The yellow sanctions were those that, if Iran agreed to certain concessions, could be paused (meaning suspended, not removed). The red sanctions were those that would stay in place, even though they were eliminated under the JCPOA. The Americans continued to deceive the parties even with respect to the green sanctions, folding several of the green sanctions into the yellow sanctions under a different name. In short, we can say that during the negotiations that took place from April 6 to June 12, there was no sign that the U.S. or Europe intends to change their policy toward Iran or accept the rights Iran is entitled to.

4. The Islamic Republic has its own priorities in these negotiations, since these issues could be a tool that works in Iran’s national interest. In some cases, negotiations can do nothing to improve Iran’s situation, but might prevent the situation from further deteriorating. In other cases, negotiations may take place not to improve the situation or prevent further deterioration, but to deprive the enemy of any opportunity for propaganda. There is precedent for these three types of negotiations around the world, including in the Islamic Republic. One such instance involved negotiations between Iran and Saddam Hussein that took place in New York, that resulted in enacting U.N. Security Council Resolution 598 and declaring a ceasefire in the Iran-Iraq War. In that event, Iran did not hope to improve the situation with Iraq or prevent further degradation of its relationship with Hussein’s regime. Instead, those negotiations took place to deprive the enemy of a valuable propaganda opportunity, wherein Iraq might influence the world that Iran was responsible for the war and violated its agreement to a ceasefire.

In observing how that process relates to the two years of negotiation with the P4+1 aimed at reviving the JCPOA, and nearly two months of negotiations with the P4+1 aimed at holding the U.S. to its commitments, we see that these negotiations offer Iran little hope of emerging from the sanctions or diminishing the amount to hostility the U.S., U.K. and France have for Iran. For that reason, Iranian President Ebrahim Raisi’s administration has officially announced that it will not make the country’s economy dependent on the JCPOA and negotiations. In this way, Iran can maintain its negotiating position and deprive the enemy of any potential propaganda opportunity.

5. We have to recognize that the group of P4+1 countries is not a group of equals. France, the U.K., Germany, Russia and China do not exist on a level playing field in confronting the Islamic Republic, either in terms of their capability or their desire for confrontation. As powerful members of the Security Council, Russia and China are not hostile to Iran, while France and the U.K. have established themselves as enemies of Iran. Germany, which is not a member of the Security Council and whose involvement in negotiations with Iran was always controversial, has a position that is closer to that of the other European nations. As we know, neither the Security Council nor the P4+1 or P5+1 countries are capable of making a decision about Iran without involving China and Russia. Therefore, with respect to the nuclear program we need two separate policies: one to empower China and Russia when the parties come to the table, and one to discuss when dealing with the Western nations. We must not allow China and Russia to be rendered passive on the Security Council or within the P4+1 countries, or the West will take advantage of them. This balancing act will require both diplomatic maneuvering and a continually evolving plan of action.

6. Finally, we must not be hasty with respect to the upcoming negotiations. Any sign of rushing will show we are ready to provide concessions that might work against our national interest. The experience of the Rouhani administration proved that hasty decisions by Iran will not provide the results Iran desires, since Iran is not the reason for the delay on the nuclear deal. The problem is the other side’s reluctance to honor its commitments. In practice, however, the JCPOA no longer exists, since we have never formally rejected it and we are still technically committed to the agreement. Any haste at the outset from the party that never abandoned the agreement would make no sense. The U.S. withdrew from the JCPOA first, and in truth, basically never joined it. During the Obama years, the U.S. informally withdrew from the JCPOA; under Trump and Biden, the withdrawal just became official. So, if there’s anyone who should be worried and acting expeditiously, it’s the U.S., not Iran.