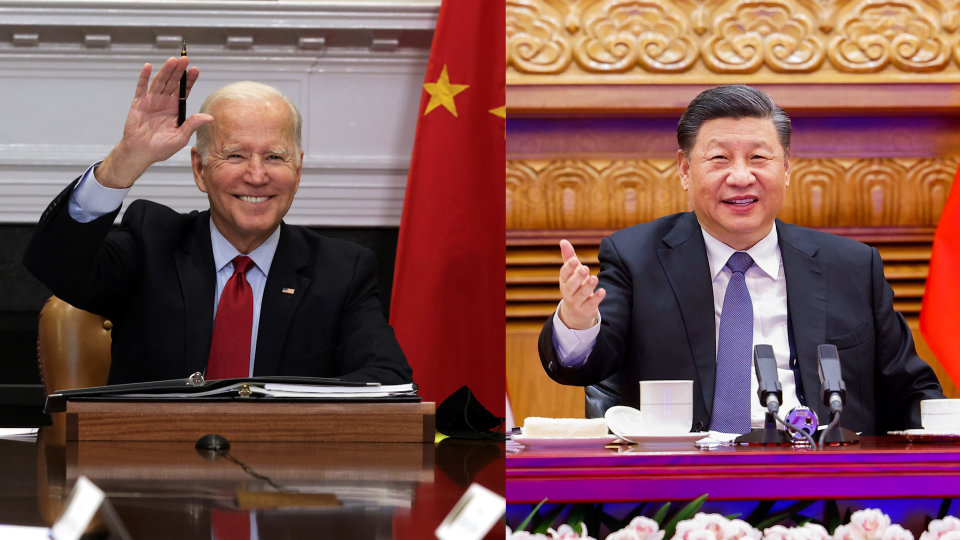 Over the past two days, there have been renewed talks in Washington concerning China’s nuclear arms. First, U.S. National Security Advisor Jake Sullivan declared that, during their virtual summit, the U.S. and Chinese heads of state had agreed that “we would look to begin to carry forward discussions on strategic stability,” but he did not say what form such discussions might take, or when they might be held. Then, the vice chairman of the Joint Chiefs of Staff, Gen. John Hyten, made the inflammatory claim in a news interview that China could soon have the capacity to launch a surprise nuclear attack against the United States, a reference to media reports of new capabilities arising from China’s testing of hypersonic weapons. And these haven’t been the only such statements.

In the past, discussions pertaining to strategic stability simply referred to nuclear arms control talks, although in recent years the concept has come to include categories such as the internet, space and hypersonic weapons, so its content has broadened correspondingly. The Chinese briefing on the U.S.-China virtual summit made no mention of strategic stability, and neither did the official briefing from the United States. From this, it can be determined that neither leader has moved toward a clearer resolution of this issue, which to this day remains rather vague.

Based on commercial satellite imagery, the United States has repeatedly alleged this year that China is building new nuclear missile silos in its western desert regions, claiming that China’s nuclear capabilities are growing at a breathtaking rate. The U.S. Department of Defense’s annual “Chinese Military Power” report, published last month, predicted that by the year 2030, China would possess 1,000 nuclear warheads, adding to the hype surrounding hypersonic missile tests that have yet to be confirmed by China officially, and creating an unprecedented climate of fear regarding China’s nuclear capabilities.

Public opinion in the United States quickly seized on Sullivan’s vague message, amplifying it and calling it one of the few achievements of the two leaders’ virtual summit. The clear intention behind this was to make this an issue in the hope of using the weight of public opinion to get China to accept as a fait accompli that nuclear arms control talks between the two countries are on the U.S.-China agenda.

An unnamed Chinese official told foreign media that nuclear arms control talks between the U.S. and China could first be taken up in the academic setting, also known in some circles as “track-two diplomacy.” As we understand it, there have been several track-two talks between China and the United States on nuclear matters in the past.

We have noted the skepticism expressed by some Western scholars over the possibility of nuclear arms control talks between the United States and China in the near future. They do not believe China will be motivated to engage in such talks, given the extreme strategic distrust between the two countries, and the vast disparity between the sizes of their nuclear arsenals.

In the view of the Global Times editorial board, the conditions for track-one nuclear arms control talks (referring to talks between the two countries’ functional departments) between the United States and China are clearly not yet in place. The United States wants to completely cement its absolute nuclear superiority over China for use as the ultimate bargaining chip in exerting strategic pressure. Its misgivings over Chinese nuclear capacity reflect its zero-sum policies toward China. In reality, the United States has been increasing the sense of urgency felt in China toward conducting dynamic assessments of the smallest amount of nuclear force needed in order to maintain its security.

China certainly has no intention of engaging in a nuclear arms race with the United States. What we need to create is a fully functional nuclear deterrent, to rule out the possibility of becoming the target of U.S. nuclear blackmail at a key juncture. With tensions running high in the Taiwan Strait, and officials from Taiwan’s Democratic Progressive Party frantically armoring up to thwart reunification and seeking independence in reliance on the United States, there is a serious possibility of war breaking out in the region, and there are hints every now and then that the United States would intervene militarily, should it come to that. Recent projections in much of the literature on the U.S.-China conflict predict that the United States would take the lead in carrying out a nuclear strike against China.

The United States must reduce the sense of strategic threat it exerts toward China, rule out the possibility of using military pressure against China in the resolution of the Taiwan issue, ensure that it does not engage in any extreme actions to interrupt China’s development process and demonstrate to Chinese society a less hostile attitude. All of these are prerequisites for talking with China about nuclear arms control.

Once the Taiwan issue has been resolved, and the United States has truly accepted the rise of China and no longer threatens its core interests, China’s strategic need to reinforce its national security by increasing its nuclear deterrence will be greatly reduced. Discussing nuclear security together clearly requires multidimensional efforts.

About Matthew McKay 35 Articles
A British citizen and raised in Switzerland, Matthew received his honors degree in Chinese Studies from the University of Oxford, UK. Following a 15-year stint in the corporate sector, he went on to earn his MA in Chinese Languages, Literature and Civilization at the University of Geneva, Switzerland, and is an Associate of the Chartered Institute of Linguists and the Institute for Translation and Interpreting, as well as a Fellow of the Royal Asiatic Society, in the UK. Apart from Switzerland, he has lived in the UK, Taiwan and Germany, and his hobbies include literary translation, language teaching, and sampling cuisine from around the world.