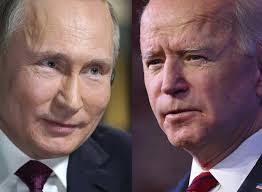 Andrei Tsygankov, an expert of the Valdai Discussion Club,* speaks on the main contradictions between Russia and the U.S. in the contemporary era.

In recent months, there have been more frequent contacts between Russian and U.S. officials, including government officials, intelligence services, foreign ministries and expert groups. There have also been reports of a possible second summit of the two leaders. If the meeting takes place, it will most likely be on neutral ground, like the summit that was held on June 16, 2021, in Geneva, Switzerland. A country leader of one of the sides needs mutual trust and confidence that negotiations will be successful in increasing domestic political support in order to be willing to travel to the other country’s territory. So far, we cannot speak of any trust or confidence because the countries’ current level of mutual cooperation is clearly insufficient.

There are at least two reasons pushing Russia and the U.S. to develop bilateral contacts in order to hold a new summit meeting. The first reason has to do with the need to develop a set of rules to avoid a military confrontation. Such a confrontation may be direct or indirect because of the current aggravated tensions between the countries. The direct confrontation could be the result of a border patrol provocation or the U.S.-Ukraine military exercises in the Black Sea. Meanwhile, the indirect confrontation could arise out of the regional conflicts between the countries that are supported by Russia or by the U.S. In this regard, there has been a recent increase in cease-fire violations between Donbass and Kyiv in eastern Ukraine, which could lead to the renewal of the war under certain conditions.

The first summit in Geneva interrupted a long pause in diplomatic relations between Russia and the U.S. that marked the beginning of a new discussion to see where the countries stand in terms of mutual cooperation. At that point, it was impossible to make progress in defining the rules for resolving possible conflicts. Meanwhile, contradictions between the two countries on a number of issues — Ukraine, military exercises in the Black Sea and in the Baltic Sea, the role and personnel of diplomatic corps — have continued to grow, rather than diminish. The danger of a military confrontation could seriously intensify existing tensions. Neither Russia nor the U.S. would want such a scenario to come to pass and are willing to discuss how to prevent it.

As for the second reason to “reset” the relations between the two countries, Russia and the U.S. are interested in promoting mutual cooperation on global issues, including arms limitation, cybersecurity, energy policy, the COVID-19 pandemic and climate change. Some progress has already been made on many of these issues. The U.S. has extended the nuclear arms control treaty with Russia for five years. Russia and the U.S. have put forward a joint resolution on cybersecurity to the United Nations General Assembly, which has already been approved. Finally, there is a mutual commitment to stop global warming. A new high-level dialogue is needed for the two nuclear superpowers to move forward, which could be a summit of their leaders.

Naturally, the reasons mentioned above are interrelated. However, there can be no progress in addressing global issues without establishing clear rules of cooperation and outlining certain boundaries that cannot be overstepped. Both sides seem to have been realized it by now. Anyway, the Kremlin has reached this understanding first. This realization is gradually reaching the White House, which no longer expects Russia to help the U.S. with its urgent issues unless there is political stabilization and predictability in the bilateral relations between the two countries. The desire to make mutual relations predictable and stable has been the goal of recent visits of high-ranking U.S. officials to Moscow. That is why CIA Director William Burns and State Department Undersecretary for Political Affairs Victoria Nuland have recently been to Moscow.

Therefore, the second summit seems very likely, which cannot be said about its guaranteed success. However, it is unlikely that the summit will “reset” the two countries’ relations. Moreover, it is not going to resolve the most contentious issues in the relationship between the two countries. The countries’ views are far too different and mutual trust is too weak for a constructive dialogue. At the heart of the controversy between the two states and their political elites lies an incompatible vision of how the world order works and the role they play in it. Russia wants to end the era of the Western-centric world and its supposedly liberal values, while the U.S. wants to restore this world and its position as a dominant power. The latter means refusing to fully recognize the interests of non-Western countries and reforming the established rules in the military, political, financial, economic and mass media sectors.

This is the insoluble conflict that the Marxists used to call the fundamental contradiction of the modern age. This conflict affects all significant global developments and cannot be resolved all at once. Changing the international system will be a long-term and gradual process, owing both to the fact that Western powers still wield significant influence over the world and the fact that its ability to impose its own rules is steadily diminishing. Although world orders often emerged as a result of wars in the past, Russia’s current military power is too considerable to be ignored by the West.

The spirit of the first summit in Geneva presented some opportunities for preventing confrontation and promoting mutual cooperation on global issues. However, the two countries’ leaders need to initiate a new round of negotiations. Classical diplomacy should play a major role in resolving the existing structural conflict. Without this approach, hostile military, economic and political elites will continue to shape the image of an external enemy.

The author is an expert of the Valdai Discussion Club, and Professor of International Relations and Political Science at San Francisco State University.

*Translator’s Note: The Valdai Discussion Club is a Moscow-based think tank and discussion forum, established in 2004. It is named after Lake Valdai, which is located close to Veliky Novgorod, where the Club’s first meeting took place.