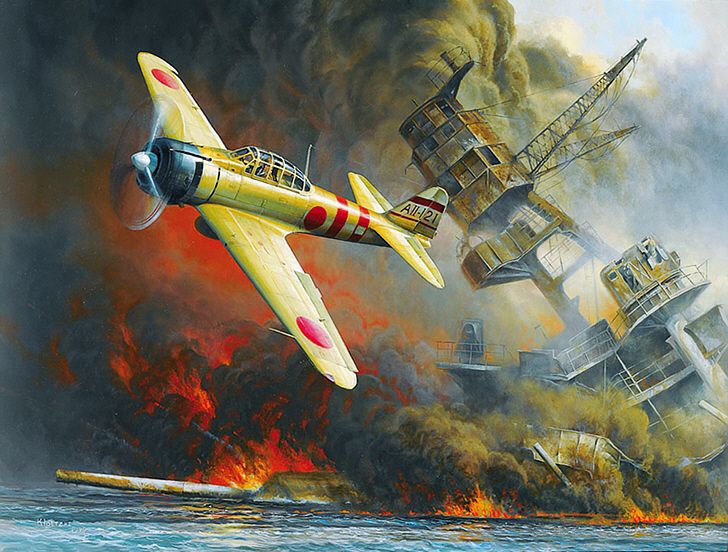 It’s been 80 years since the Pacific front of World War II broke out, as hostilities began after Japan’s surprise attack on Pearl Harbor and ended four years later after America dropped nuclear bombs on Hiroshima and Nagasaki. Devastation spread across the entirety of Asia, with casualties topping 20 million, including approximately 3.1 million Japanese citizens.

Given the difference in strength between the two countries, it was clear on the eve of conflict that Japan would not be able to survive a protracted war with the United States. So why would Japanese leaders run headfirst into such an absurd conflict? There may very well have been a variety of reasons, such as military recklessness, government incompetence, a failure of diplomacy and the sensationalism of the media, all piling up to create a perfect storm. There must be something we can learn now from this failure.

Historian Kan’ichi Asakawa, in his cautionary book, “Japan at the Edge of Disaster”* (1909), argued that Japan’s pursuit of territory would only isolate it, and that it was at a crossroads from which it was possibly destined to become bitter rivals with America, with whom Japan had enjoyed good relations for half a century. However, Japan would grow overconfident after its victory over Russia, orchestrating the bombing that led to the Manchurian incident, and eventually plunging into war with China. Working to preserve the established order, America and the U.K. aided China, making confrontation inevitable. War with America was meant as a way to break through both the hardships of the Great Depression and the grasp of the world’s great powers. With the attack on Pearl Harbor, the people of both countries would not be swayed, leading Japan and America into a quagmire.

We’re not far off from that situation now, as China challenges the world order economically and militarily, while the United States works to encircle China as part of what it sees as a fight between democracy and despotism. With the global economy languishing under COVID-19, social disparity continues to grow, and xenophobic rhetoric continues to intensify in many countries as people flood social media with their own emotionally charged political takes. What we need now is rational diplomacy that avoids disputes before they arise, and that values cooperation and peaceful resolution. Japan should be the flag-bearer for this kind of diplomacy.

It’s been just more than five years since the leaders of Japan and America met at Hiroshima and Pearl Harbor to commemorate the dead. Aid for those affected by the radioactive black rain in Hiroshima was finally provided, and DNA tests on the bones of the unidentified victims in Hawaii have been completed this year. Healing the wounds of war takes a long time. Allowing ourselves to slip away from an oath to peace is simply unacceptable.

*Editor’s note: Although accurately translated, the English title of this book could not be independently verified.