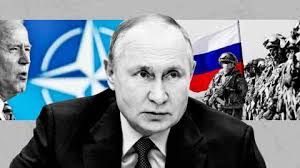 Separately, the NATO proposal points out a need to limit activities that may be perceived as a security threat: “The Parties shall refrain from deploying their armed forces and armaments, including in the framework of international organizations, military alliances or coalitions, in the areas where such deployment could be perceived by the other Party as a threat to its national security, with the exception of such deployment within the national territories of the Parties.” The last clause means that NATO cannot conduct military activity near the Russian border, while Russia, on its territory near the NATO borders, has the right to do what it considers necessary.

All of the above reflects Russia’s longstanding position and claims, but now Russia has made its assertions with particular intensity over the past few weeks. The question is why. Why is Russia proposing such an agreement? It is impossible to imagine that its Western counterparts will agree to it, let alone that it will mark the beginning of some kind of dialogue based on such a framework.

From the perspective of the United States and NATO, agreeing to Russia’s demands would signify a surrender to Moscow, which is politically unacceptable. But it is not entirely clear why Washington and European leaders do not see an immediate reason to revise the post-Cold War system of European security with such profound changes. Simply put, they don’t see enough of a threat. Presumably, Moscow knows this. Russia may be another purpose: to get a refusal so that it can proceed under the explanation that it offered, so now if you’ll excuse us, we’ll proceed. In other words, Russia would see refusal as permission to act on revising the existing system of relations, something that the Kremlin considers expedient.

In this case, Russia’s determination to take further steps to change the current situation without the consent of its interlocutors in the West should be expected. The scope of the proposals put forward, in theory, does not provide for the possibility that Russia would simply take no for an answer and setting the issue aside until the next diplomatic round. Such a scenario would undermine the real intent of these proposals. So now the question is: What will Russia do if its proposals are rejected?

Sergey Ryabkov talked about this, noting that the ideas outlined in the documents should not be regarded as a “menu” from which it is possible to choose, but are possible only in conjunction with one another. That is, U.S. and NATO can accept all or nothing.