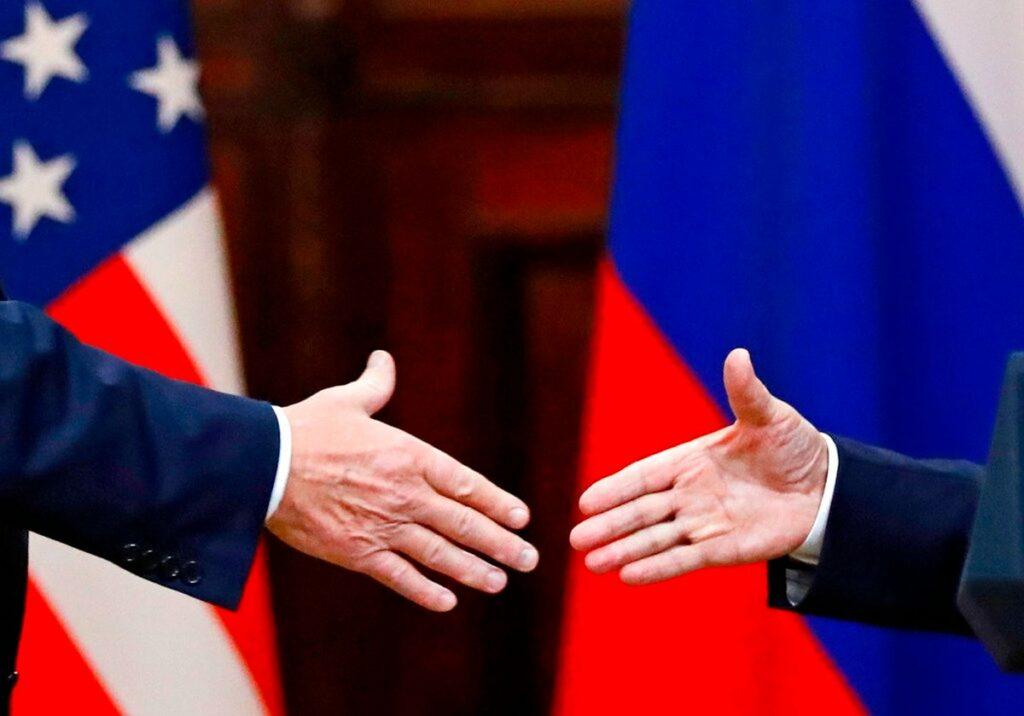 Russian-American security talks will take place on Jan. 10 in Geneva. Right after that, on Jan. 12-13, Russia will hold separate talks with both NATO and the Organization for Security and Cooperation in Europe. Moscow demands that its partners take these talks very seriously; it encourages them to avoid formalities and, in particular, to send in a high-level delegation. As of the present moment, we know that both sides of these talks are determined to express their concerns regarding existing threats. Dmitry Drize, political columnist of “Ъ FM,” does not rule out a positive outcome for this dialogue.

An intense January is ahead of us — Moscow and Washington have scheduled security talks for Jan. 10, the first working day after the long New Year holidays. This is the time when our country only begins to get going after a long break. For some, this holiday period often drags on even longer. However, that specifically relates to Russia, since the U.S. by that date would have already entered its regular working schedule.

It’s curious that these talks will commence in Geneva after all, which was noted by Vladimir Putin during his press conference some days earlier. The U.S. tried to deny that the talks would take place in Geneva. Despite the fact that, by that time, everything had already been settled, it seems that the U.S. didn’t want to release this information to the public. Because the show must go on, there has to be some intrigue until the very last moment. On the other hand, perhaps there was no intrigue intended by the U.S., and it’s just because of some discrepancies in the process, since there’s always a human factor involved.

But let us continue. Two days after the American talks, on Jan. 12, there will be separate talks between Russia and NATO; after that, on Jan. 13, between Russia and the OSCE. The talks with the U.S. are expected to be the main ones. It is also expected that the sides will reach some concrete conclusion, since there is not much point in discussing anything with the other parties otherwise.

As of now, it is unclear how the delegations will even sit at the same table, let alone come to any conclusions, since the sides are going back and forth so harshly.

One side warns of the consequences, the other claims that the answer will be just as harsh — it’s hard to believe that in one moment, all of this will suddenly end and there will be peace and harmony. Although, it must be possible; otherwise, why would anybody schedule such talks on such short notice, practically without any preparations? First, no one truly considers the possibility of any kind of war, despite all the politicians’ efforts to fearmonger. Second, if the situation were really that bad, these talks would never take place. That means we still have common ground.

As has been mentioned multiple times before, Ukraine is not entering NATO any time soon, which means no missiles on our borders. We only require a promise that they will not appear there in the future as well, if no one and nothing threatens the sovereignty of the Ukrainian state. That document would be signed by both sides and sent to the working groups for further revision.

Russia’s concerns with its safety are understandable. Moscow can revive many cooperation lines with the West regarding terrorism and other matters of global stability. The main matter is the ceasing of hostilities in the Donbass region. How can we lift Western sanctions, at least partially? What about Crimea? It’s much harder to find any solutions here. In any case, talks are better than nothing. The Kremlin has achieved an intermediate victory — it has urged its partners to continue the dialogue.

About Artem Belov 49 Articles
Artem Belov is a TESOL-certified English teacher and a freelance translator (Russian>English and English>Russian), currently residing in Russia. He is working on a number of projects, including game localization. You can reach him at belov.g.artem@gmail.com