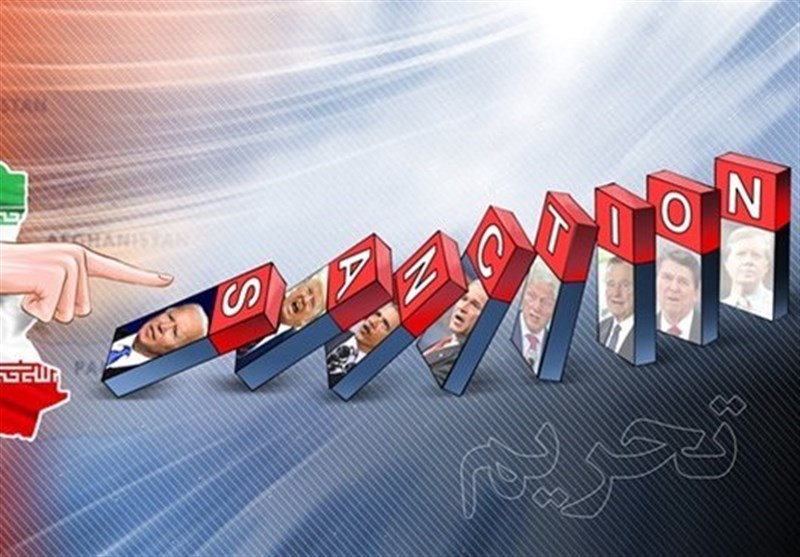 Since the beginning of his term, President of the Islamic Republic of Iran Sayyid Ebrahim Raisi has said that, in addition to trying to lift U.S. sanctions, his agenda includes a more important plan to counteract sanctions, one that would thereby prevent “our national interests from coming under attack by the enemy.”

The supreme leader of the Islamic Revolution has always emphasized the importance of “counteracting sanctions” in contrast to “lifting sanctions.” In a meeting with the organizers of a ceremony commemorating the first anniversary of the martyrdom of Hajji Qassem Soleimani on Dec. 16, 2020, he discussed the reason for prioritizing counteracting sanctions over having them lifted. “Lifting the sanctions is in the hands of the enemy, but counteracting them is in our own hands. Is this not the case? We cannot lift the sanctions on our own. It is the enemy who should do so. However, we ourselves are capable of counteracting the effects of his sanctions. Therefore, this takes priority and is the right course of action. We should follow the latter more. Of course, I am not saying that we should not be after lifting the sanctions. If we are able to lift the sanctions, we should not delay it even for one hour. Of course, there has been a four-year delay from the other side. However, if we can lift them in a correct, reasonable, dignified, Islamic and Iranian way, we should do so. Nonetheless, you should not think too much about this. You should rather think about counteracting sanctions, which is an issue in your hands as you are capable of doing,” the supreme leader said.

Between 2013 and 2021, the former Hasan Rouhani administration tried to get these oppressive sanctions lifted, but practically speaking, there was no plan to counteract them absent an agreement or if the enemy sabotaged any meaningful reduction in sanctions. The previous negotiating team subscribed to the optimistic view that the tension between Iran and the U.S. — and consequently the issue of sanctions — was limited to a difference on a few issues, including the Iranian nuclear program. Given this point of view, the team focused all its efforts on eliminating these “unnecessary crises,” seeing good faith interaction with the U.S. as the only way out of sanctions.

The Rouhani administration, both in the negotiations leading up to the Joint Comprehensive Plan of Action and after the agreement was implemented, made every possible show of good faith toward the Americans and the Western negotiators. For example, during Barack Obama’s presidency when the Americans reneged on a promise to remove sanctions and effectively blocked bank transactions with Iran, the Rouhani administration did not react to this sabotage and even took the other side on occasion, saying that the effect of these sanctions was the result of Iran’s missile program and regional presence. Or when Obama signed the “Visa Law” which aimed to make it more difficult for merchants to enter Iran, violating paragraph 29 of the JCPOA and disrupting the process of trade normalization with Iran, Foreign Minister Mohammad Javad Zarif and lead negotiator Seyed Abbas Araghchi merely pointed to John Kerry’s signature on the agreement as proof of the United States’ guarantee to uphold its promise.

This process continued even during Donald Trump’s presidency and after the U.S. withdrew from the JCPOA. During that time, the Rouhani administration fully maintained all of Iran’s commitments under the agreement for an entire year after the U.S. withdrawal and took the Europeans at their word that they would stick up for Iran against U.S. sanctions.

We can now clearly see that these decisions only resulted delaying any effort to counteract sanctions, and failed to succeed in having them lifted. During the Obama years when the JCPOA was still intact, at least on paper, Iran hardly benefited at all from the agreement, according to Valiollah Seif, governor of the Central Bank of Iran. During the Trump years, when the U.S. was free from any commitments, even formally, the weight of sanctions only became more severe.

There are many reasons we can cite for the Rouhani administration’s failure to eliminate sanctions. One of the most important factors is that the true point of contention between Washington and Tehran was not the limitations on Iran’s nuclear program, as Iranian negotiators believed,

More specifically, the Rouhani administration believed that as long as the U.S. was truly worried about Iran’s nuclear program, after the agreement went into effect, the Obama administration would effectively remove sanctions so that both the U.S. and Iran could reap the benefits of the agreement — the Iranians through economic benefits from lifted sanctions and the Americans by limiting Iran’s nuclear program. But in fact, this was not the Americans’ strategy; lifting sanctions meant something different to the Americans than it meant for their Iranian counterparts.

From the moment that negotiations with Iran became serious, the U.S. government has consistently based its strategy on the fact that even if an agreement with Iran only covers the nuclear program for the time being, the deal does not end there and must open up the possibility of limiting other components of Iranian power, including its missile program and actions in the region.

In response to Republican criticism about the nuclear agreement’s failure to address all of America’s disputes with Iran, Obama never hid the fact that this agreement was only the first step. He considered it a foundation to build on and a way to get Iran to negotiate on other issues, specifically its missile program and regional presence.

To implement such a strategy would require the U.S. to lift sanctions in a particular way as part of the agreement. As far as the U.S. government was concerned, if sanctions against Iran were fully lifted, the Islamic Republic would have no need to negotiate on these other issues, meaning that the ultimate strategy of the JCPOA would remain unfulfilled.

Thus, for the West, it was necessary that first, the sanctions framework remain intact and second, that after the agreement was implemented, the suspension of sanctions should not bring full economic relief to Iran. Too much capital entering the Iranian economy could increase Iran’s power to the extent it would have no need to participate in further negotiations, or at least would have the upper hand in any follow-up talks.

Now, in light of the experience gained from the last six years of the disaster that was the JCPOA, it seems plausible to argue that the strategy of the U.S. government and other Western countries in temporarily suspending sanctions was to give Iran a taste of sanctions relief to get us hooked. Thus, Iran would enjoy a short period of benefits from lifted sanctions, and once that ended, we would be forced to negotiate further to get it back.

In other words, the Western powers sought to limit sanctions relief to provide short-term benefits, such as freeing a small portion of Iran’s assets or allowing the purchase of several airplanes. But whenever talk turned to opening up banking or facilitating trade relations with Iran, then they raised Iran’s missile program and regional policies in an attempt to make way for a second or third agreement.

As a result of fundamentally different outlooks on the sanctions, the Western powers have spent the last six years trotting out excuse after excuse to avoid providing the economic benefits it promised to Iran, and the Iranian government has been unsuccessful in lifting sanctions. At the same time, this strategy has meant that Iran can never have the upper hand in negotiations.

During the current round of talks taking place in Vienna to lift sanctions, the Iranian government’s strategy has fundamentally changed. The main goal has shifted from having sanctions lifted, which is still a priority, to counteracting the sanctions. Since taking power, the Raisi administration has tried to find economic justification for every foreign policy issue, with an example being the government’s attempt to join international organizations such as the Shanghai Cooperation Organization and completing the process to join the Eurasian Economic Union, as well as forming other bilateral and multilateral economic agreements.

In recent months, Iran’s oil sales have increased despite sanctions, which shows that Iran is well and truly capable of finding a way to circumvent sanctions. Just yesterday, Bloomberg reported that China increased its oil imports from Iran and Venezuela in 2021.

Vice President for Parliamentary Affairs Mohammad Hosseini even said a few days ago that in March, that is, two months from now, Iran’s oil exports will reach the level that existed before the Trump sanctions. He said that, “Oil sales and currency exchanges have now improved, and business is booming.”

These conditions have given Iranian negotiators a better position in the current talks, allowing them to make solid, reliable moves toward lifting sanctions.