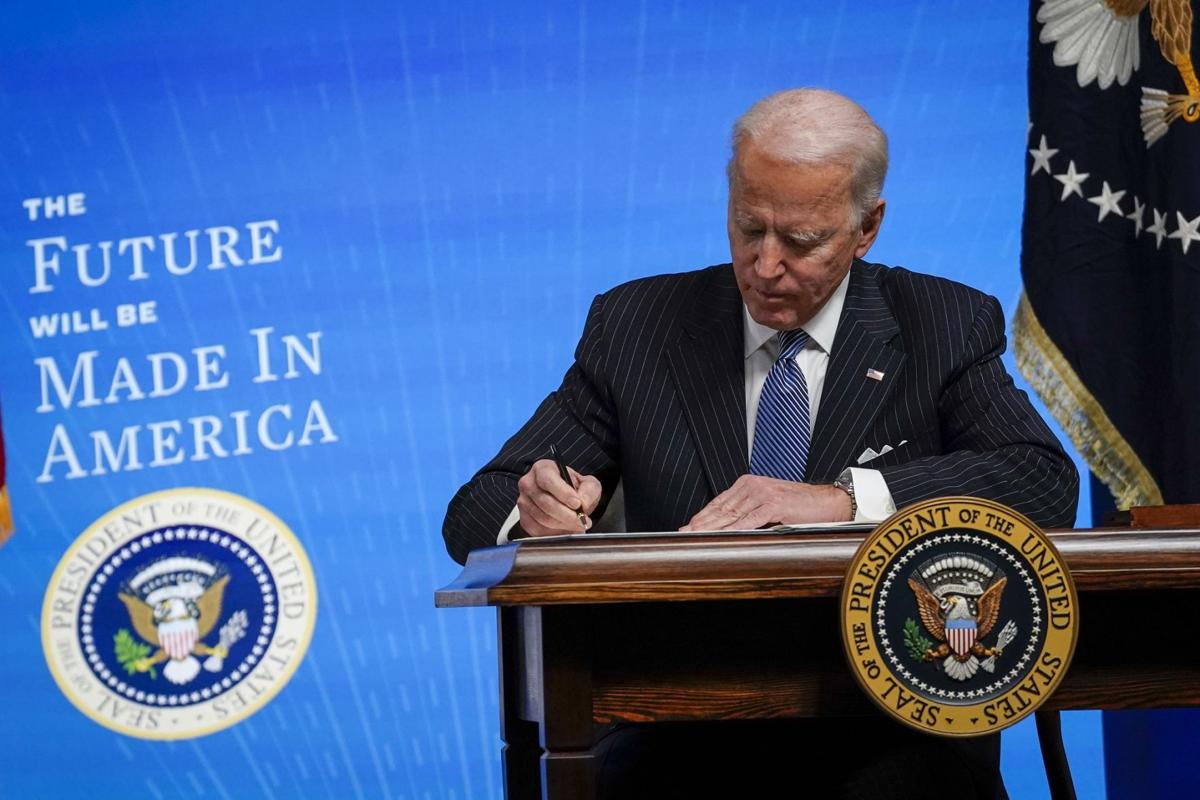 Gaining strength from World War II and emerging as a superpower, the United States played a significant role in the building of international free trade. With Washington at its head, the institutional framework of world trade liberalization (including the General Agreement on Tariffs and Trade and the World Trade Organization) was created, tariffs declined steeply and international goods turnover expanded twice as fast as international production. In numerous countries, the freer trade system became the engine that pushed economic growth.

America’s leading role in the trading world saw a sharp decline during Donald Trump’s presidency, who was largely advanced to the White House by the Rust Belt — America’s industrial heartland — through his populist protectionism. As an old-school mercantilist, Trump set up eliminating foreign trade deficit as a main goal of his trade policy. Trump did not differentiate between friend and foe: he started a “gory” tariff war with China, but he even burdened his closest allies with significant tariffs.

In spite of China’s questionable trade practices, Trump’s diagnosis was faulty at its core. For America, where consumerism constantly exceeds production and investment exceeds internal savings, the imbalance in foreign trade is a natural macroeconomic necessity. Trump’s trade war — with China at its center —only brought problems to America: gross domestic product has decreased, consumer prices have increased, the manufacturing industry failed to thrive and American multinational companies did not relocate from China.

Presidential candidate Joe Biden defined himself as anti-Trump in most of his presidential campaign. He disapproved of his predecessor’s trade policy, viewing tariff wars as catastrophic because their negative consequences were felt by American entrepreneurs and citizens.

If one expected that the Biden administration would take a sharp turn toward free trade, the truth is disappointing. The campaign was poetry; the government is prose.

The Biden administration does not have a comprehensive trade policy even as it nears the end of its first year. Following events from inside of America, I feel certain that Trump’s rough-around-the-edges economic nationalism was merely replaced by a softer protectionism. One positive is that the government does not fetishize foreign trade deficit.

Biden — a proponent of industrial trade unions — never professed himself to be an enthusiastic believer in free trade. Biden, who seeks to strengthen his apparent political allies in the trade unions, is not far from viewing trade from a worker-centered perspective: “Our trade policies will need to answer very clearly how they will grow the American middle class, create new and better jobs, and benefit all Americans, not only those for whom the economy is already working.” As the London Economist put it, Biden’s foreign policy for the middle class “doctrine was a return to the pre-Trump status quo.”

His doctrine has a proposal that until the decline of American competitiveness in world trade turns around and such indicators referred to as Biden’s priorities (infrastructure, education, research and development) become apparent, foreign trade policy will lose its leading place on the list of priorities. Progressive Democrats — who have a great influence on the president — state that in the past, trade policy had served the interests of influential corporations instead of those of workers.

Biden referred to the average 20% American penalty tariffs imposed on three-quarters of the Chinese imports that clashed with international trade rights as an “own goal.” Expectations were high for the new government to decrease tariffs, which would have also moderated the inflationary pressure weighing on the economy, bouncing back from the COVID-19-induced recession as well as the economic damage caused by high tariffs. This was not the case. Trump’s tariffs remained in place; moreover, further imposition of tariffs might become a reality as China did not comply with the agreements made with the Trump administration, requesting significant additional American exports directed to China. For instance, the 30% import tariffs imposed on Chinese solar panels are still in effect, even though the president often refers to the climate crisis as an “existential threat.”

Trump’s outdated “tariff weapon” in trade policy was not readily abandoned by Biden — swayed by pressure from trade unions and influential trade groups — even when it came to allies. The tariffs on steel and aluminum imports from European NATO allies, imposed by Trump on the basis of national security, did not fully disappear with Biden. This year, a combined tariff-rate quota system will come into effect: to a determined quality quota, metal export directed at the United States is tariff-free but beyond that, the Trump-era tariffs come back into play. At the same time, it was a positive transatlantic trade policy change when Washington and Brussels agreed upon a five-year cease-fire in the two-decade argument over inappropriate state funding for Airbus and Boeing. This argument, resulting in back-and-forth tariff retaliations, has negatively affected Hungarian wine export to the U.S. (25% penalty tariffs) in the past few years.

There is one area where Biden’s protectionism exceeds even Trump’s. To protect the domestic manufacturing industry suffering from international competition, Trump signed the “Buy American and Hire American” executive order, which obligated the federal government’s institutions to buy American products as their public procurement even if those are more expensive than similar foreign products. This affects an enormous, nearly-trillion-dollar market. Right after beginning his administration, Biden signed the “Made in America” executive order, which turns out to be even more protectionist than Trump’s. It increases the obligatory rate of products that need to be American and increases domestic product price preference to the bracket of 20-30%. In other words, that is how much more expensive they are allowed to be compared to similar foreign products.

The Build Back Better Act — still under discussion — suggests that consumers purchasing electric cars get an $8,000 tax credit; this amount increases to $12,500 if the car is manufactured in a factory that has a labor union. It is no wonder that commercial partners are already protesting against the bill, which would have similar effects to imposing a 30% tariff on foreign electric cars. Business press is full of headlines stating “Free trade is over” and “Biden is worse than Trump.”

The WTO received sharp criticism during Trump’s administration, who was eager to point out that China — forcing prioritization of its exports — circumvents the liberal trading system’s rules in plain sight of the WTO. Trump threatened to exit the treaty and maimed its dispute settlement mechanism. Biden, on the other hand, had the reputation of professing to be a multilateralist; as a result, expectations were high for the new Washington to be at the forefront of highly necessary WTO reforms, starting with the restoration of the Dispute Settlement Body’s functionality. Expectations turned into disappointment as the American government was not able to produce concrete recommendations for the WTO’s needed reform — for example, the tying of market access to compliance with mutually agreed upon labor, environmental and financial (mainly concerning subsidies) regulations — with a whole year to do so.

Biden and his board of experts are too comfortable with the status quo developed by Trump, which allows Washington to impose penalizing and protective tariffs — ignoring WTO regulations — against China and other countries, as well as engage in two-sided trade agreements, discriminating against developing countries. Biden keeps stating that, after four years of Trump’s upsetting international order, America is back and ready to lead the world again. However, America has not yet reentered into international trade policy. Biden’s first year proved him to be a protectionist president similar to his predecessor. Here is to hoping that the next three years will be sufficient to see some change.