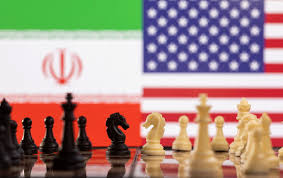 Despite its resounding reluctance to return to the nuclear deal with major world powers unless economic and other sanctions imposed on the country by the previous U.S. administration were fully lifted, Iran is hard at work, actively negotiating with the parties to the agreement, led by America. Iran is striving to return to the nuclear deal and win relief from the economic sanctions that have overburdened its economy and its people.

In response to the Biden administration’s decision to lift all the economic sanctions previously imposed by America on Iran for its nuclear program, the Iranian minister of foreign affairs called this a good step some time ago, but said it was not sufficient. Secretary of the Supreme National Security Council of Iran Ali Shamkhani tweeted that there must be reciprocal and balanced commitments: the U.S. must lift sanctions in return for Iran’s agreement to return to the terms of the nuclear deal, a deal the previous U.S. administration withdrew from. He added that parties to the deal must guarantee they would not withdraw from the agreement in the future, meaning that the U.S. should not be allowed to back out again once the agreement is reinstated.

In my humble opinion, it is highly probable — if not certain — that any return to work under the terms of the nuclear deal between Iran and the major world powers in the next few days or weeks will fail. These announcements, whether they are statements by Iranian officials or threats by Americans or Israelis, are nothing but a battle in the media. Some political analysts say that Iran is manipulating the schedule in order to manufacture nuclear weapons, and that a clash between America and Iran is imminent.

These analyses completely misread the situation. Moreover, they do not reflect a deep awareness of the interaction and conflict that exist in and around the Arab region. Iran has no intention or plan at the moment to manufacture nuclear weapons. Instead, it is strongly determined to remain a nuclear state, and this is no different from possessing nuclear weapons in terms of preparedness. Iran’s political leaders understand this very well, and are negotiating in light of these facts. They are working to lift the economic sanctions, which are Iran’s primary concern. As for statements saying otherwise, their objective and purpose is nothing but to obtain as many concessions as possible from the U.S, even if that means delaying the agreement for some time.