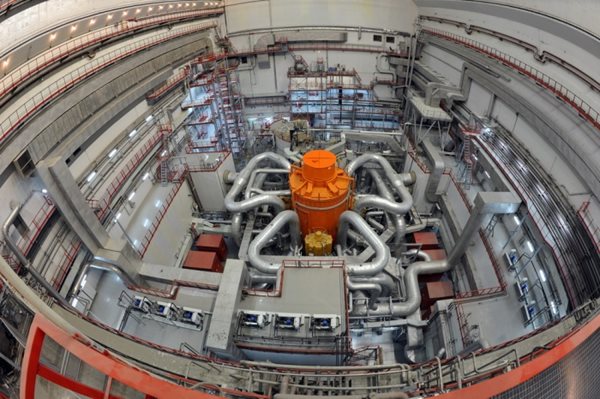 The Japanese Atomic Energy Agency and Mitsubishi Heavy Industries, among others, are set to cooperate in the development of American fast-neutron reactors.

After many setbacks, including a sodium leakage incident, Japan’s own prototype fast reactor, “Monju,” has been decommissioned, leaving any further development stalled. This also applies to the policy of reprocessing nuclear fuel from nuclear plants for reuse, which would have made use of said fast reactors.

While this partnership is a chance for Japan to pull its reactor and fuel cycling research from the doldrums they’re in, the government must wash their hands of this policy and devote funds and manpower to more common methods of renewable energy.

Terrapower, an engineering company financed by Bill Gates, is building a fast reactor in Wyoming with support from the American government that is expected to start construction in 2024 and conclude in 2028. As it will use sodium as a coolant in the same way that Monju did, Japanese companies have been brought in to share their expertise on the matter, and the use of JAEA’s “AtheNa” facility is under consideration.

However, France, which has researched fast reactors for many years, has shelved its work on the basis of budget and safety, issues America is also running into.

Fast reactors are said to efficiently expend fuel while lowering the amount of high-level radioactive waste. In addition, for Japan, this cooperation with America is an opportunity to move closer toward decarbonization. The Japanese government, though, has signaled that there won’t be an operational successor to Monju until the second half of this century. While Japan wants to achieve net carbon zero by 2050, its actions don’t convey the urgency of the situation, and this cooperation with America feels meaningless.

What’s most concerning is the rejuvenated push to restart development of fast reactors in Japan that has come with this collaboration. As the JAEA expands its sodium testing facilities, preparations for an early reopening of the fast reactor “Joyo” are progressing. Nevertheless, the failure of Monju, which had over 1 trillion yen pumped into it, must not be forgotten. Stubbornly believing in fast reactors will only burden regular people further.

What Japan must devote its efforts to instead is expanding renewable energies like offshore wind energy. There’s no use wasting time and resources on fast reactors when there’s no future in sight for them in Japan.