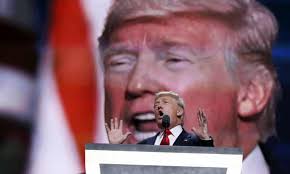 According to FiveThirtyEight’s concentrated polling of Joe Biden’s popularity and approval rating among Americans, the U.S. president is at his worst point since he arrived at the White House.

Foreign policy disapproval is a little higher than his overall disapproval level; according to experts, though, this is still thanks to what happened when the U.S. withdrew its troops from Afghanistan in such a chaotic manner. A primary poll focused solely on the crisis in Ukraine and the Russian invasion that took place last Thursday reported that, among registered voters, the majority approved of how Biden was managing the Russia situation.

But it’s still early. Depending on the economic impact the crisis could have on the energy sector, and therefore prices and inflation, Biden’s popularity could continue to fall.

On the other hand, as opposed to other presidents, where international conflict has generally won them popularity and approval, this time is different because the Trumpist Republican faction doesn’t appear to be on the president’s side. Although they’ve certainly taken care not to align themselves with Vladimir Putin, they have repeated Trump’s argument that this is being done by Russia because Putin has encountered, according to them, the weakest president in American history.

Trump has taken advantage of these last few days to return to the scene with interviews, statements to the media and, above all, a speech at CPAC, the most important conference of the American conservative movement, where he was received as a hero.

It was there that Trumpists such as Ted Cruz said they were not concerned with the invasion of Ukraine when their country was “being invaded” on the Southern border. Cruz noted that Trump had, in a sinister way, compared Russian actions to migration to the U.S.

It is clear that Trumpism will take advantage of the crisis in this year’s elections, in order to prepare Congress for the presidential race with even more fury than six years ago.

This should be concerning to our foreign ministry and our government.