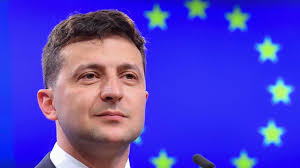 Vladimir Putin is a tyrant and criminal dictator. There is no other description for a person who has manipulated the forces of power to keep himself at the helm of Russia. He takes his political enemies off the stage in many illicit ways, as have the rest of the world’s dictators: Miguel Díaz-Canel in Cuba; Nicolás Maduro in Venezuela; Daniel Ortega and his wife in Nicaragua; Kim Jong Un in North Korea; and Xi Jinping in China, among others.

The rest of the world has evolved toward freedom and democracy, but these dictators hold tight to power in order to benefit themselves — and to become even more powerful. They lack a solid rationale for their actions, but simply use force and power to achieve their goals. They consider the division of power to be a hindrance; thus, they co-opt it, along with the servile judges and deputies who pay obeisance to them.

Freedom is their No. 1 enemy; therefore, they subject their people to ridiculous restrictions in order to prevent anyone from even considering challenging them for power. For them, division of power is a pretense weighted in their favor. Their political enemies are either “disappeared” or tried and sentenced to long prison terms to keep them from posing a threat.

The example of Nicaragua is a pathetic one, where sentences of up to 13 years are issued to political competitors and activists against Ortega and his henchmen. They intimidate their neighbors with the use of the destructive force of their armies and weaponry. The press is controlled and suppressed. In Russia, not all of its citizens have learned that Putin has invaded Ukraine, while in Nicaragua, Ortega has shut down a few private universities because he does not like their open discussions. In Cuba, education is pure doctrine, as it is in other dictatorial countries.

In the free world, the most civilized countries which boast of enjoying democracy and greater freedom have kept silent in the face of many atrocities because of a misunderstanding of the concept of pacifism. Many are hypocrites, doing business with murderers and dictators because it suits them economically.

A recent outrage was the rapprochement of U.S. officials with Venezuela’s Maduro to engage in negotiations for oil. Dictatorships cannot be ended if dictators continue to be pandered to and treated as if they were the legitimate leaders of their countries. Such actions on the part of democratically elected presidents in free countries deliver greater power to these dictatorial tyrants. Faced with the passivity of a world full of good and naive people, these tyrants miss no opportunity to invade other countries — as is now happening with Putin’s invasion of Ukraine.

But this time something different is happening: Volodymyr Zelenskyy, the president of Ukraine, has become the hero of his country and a hero for the whole world by leading a defense in the name of freedom and life. His example is forcing everyone to think differently than they have about defending freedom: If we want to keep our freedom, we must be prepared to defend it against these tyrants who constantly threaten it.

Let us remember what Don Quixote said to Sancho Panza in chapter 58 of the second part of Miguel Cervantes’ famous work, “Don Quixote of La Mancha.” He said, ”Freedom, Sancho, is one of the most precious gifts that the heavens have given to men. The treasures that the earth contains and the sea conceals cannot be equaled by it; for freedom, as well as for honor, one can and should risk one’s life. And, on the contrary, captivity is the greatest of evils that befall man.”