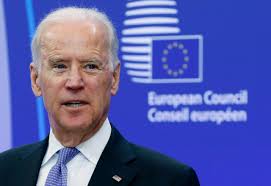 In the crisis with Russia, the EU has moved unilaterally and done so conscientiously, without waiting for permission, authorization or Washington’s opinion.

Joe Biden’s victory in the November 2020 election generated a wave of euphoria in Europe. After four years of Donald Trump, years that were full of clashes, quarrels, tariffs, disagreements, insults, slights, threats and rudeness, the arrival of the Democratic president was considered a blessing and the best possible news. “The United States is back. And Europe stands ready,” the EU leaders celebrated.

However, time has revealed the bittersweet side of reality. The relationship with the United States is infinitely better now by several orders of magnitude, but the scars between Washington and Brussels are still visible. There is more respect, more understanding and zero aggression, but there are also very different interests and numerous areas of friction. Trump was the main problem, but not the only one.

The president, once described as “the leader of the free world,” returns to Europe this week for a NATO summit, to sit down at the European Council table and offer in-person support for Poland. One can hear the sound of Russian bombs at Poland’s border. This is not Biden’s first visit, it will not be the last, and perhaps it will not be the most important, but these meetings are all loaded with ritual, symbolism, energy and questions. What may change now are the answers.

The Wall Street Journal reported that while in Europe, Biden will announce new sanctions on more than 300 members of the Duma — the Russian parliament — in coordination with the EU and the Group of Seven major industrial nations.

Geopolitics has pivoted toward the West, toward the Pacific and the Indian Ocean, toward China. Europe is still an essential game board, but it is not a priority for the U.S., which is pushing for greater defense spending and more investment in security but still wants a European Union that is managed or manageable — a minor partner in the coalition, not real competition. The trade issue has improved between both the U.S. and the EU through interim agreements, but this is still a far cry from a free trade agreement like the one that was almost finalized during the Barack Obama years, when Biden was vice president. We support each other, but when vaccines were needed, Washington held up exports.

A Story in 4 Chapters

Since January 2021, you could summarize EU-White House relations in four moments. The first and most immediate came shortly after the president was sworn in, when he symbolically joined the European Council, meeting with the 27 heads of state or government via teleconference. He did this to announce a return to normality, that Europe was once more an ally and not an opponent; a friend and not an enemy. “Let’s build on this friendship — to forge a new trans-Atlantic mind-set. A strong basis for our renewed cooperation,” European Council President Charles Michel said back then.

The second moment was Biden’s first visit last June to the NATO summit. He didn’t have to do much. Considering that his predecessor had insulted his colleagues during the previous meeting by calling them freeloaders, had pushed leaders aside to stand in front of the cameras, and attacked Pedro Sánchez and Angela Merkel in the room, the bar was already extremely low. It went well, but back then, the distance between both worlds was already visible. European citizens are not as trusting of America as in the past, not unconditionally. Poland and the Baltic states are devoted, but many on the old continent have heard the wake-up call and the demands for strategic autonomy are multiplying. The U.S. is the best option, an indispensable one, but it can no longer be the only one.

The third moment affecting EU-U.S. relations was America’s withdrawal from Afghanistan. There was the decision itself, the moment that was chosen, the manner in which it was conducted, the lack of coordination, the outcome and the fact there was no looking back. Europe was angry, offended and disappointed. It realized that the EU and American agendas could not be more different. And the feeling that something has changed has increased; the feeling that, however approachable Biden is, however strong NATO’s links are, the world will never be the same as it was 20 years ago.

Now comes the fourth moment marking EU-U.S. relations. Europe is starting to believe that it is witnessing “the birth of Europe as a geopolitical actor,” in the words of Josep Borrell. It is growing, responding, filling the gaps that even NATO is unable to bridge for obvious reasons, arming Ukraine and punishing Russia financially. Washington is closely aligned with Europe, but thousands of miles away. Its compromise is clear with sanctions, troops, equipment and its leadership in the alliance. Biden will not only be in Brussels, but he will visit Poland to strengthen the message of U.S. presence, responsibility and deterrence with respect to Moscow. But it will not be the same way as it was before.

The presence of the U.S. president or his diplomats always shakes up a city. Brussels will be paralyzed for two days, EU leaders are tripping over each other to get a picture with Biden, just as they squabbled for a picture with Secretary of State Antony Blinken two weeks ago. The president will attend the European Council on Thursday following NATO’s emergency summit, just as a token gesture and for the optics. But not as a matter of leadership or setting an example, not anymore. In the Russian crisis, the EU has moved unilaterally and done so conscientiously, without waiting for permission, authorization or instructions. For decades, every meeting of this nature had the objective of learning what Washington was thinking and determining what steps to take in following its lead. Perhaps that won’t be the case this time. … And that, as a strategic compass, would be a giant step.