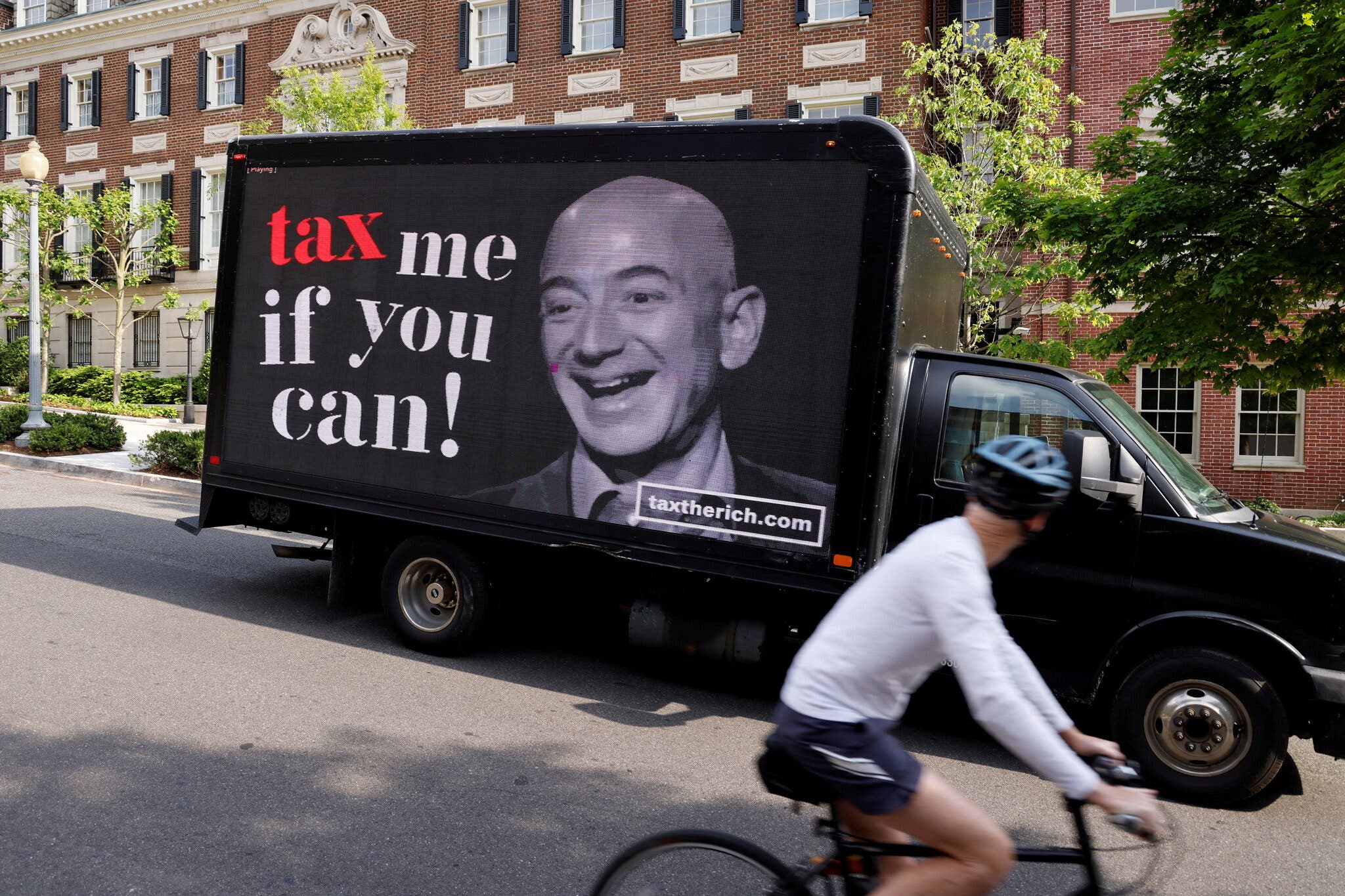 The centrist politician with conservative tendencies has just put forward a budget proposal that, from the tax collection aspect, “passes the leftists” moving towards the “progressives” of his party, such as Sens. Bernie Sanders and Elizabeth Warren.

Joe Biden’s tax proposal involves introducing a new tax of 20% for those who earn more than $100 million a year. That is to say, it taxes the income of multimillionaires. It will not tax their wealth, as Sanders and Warren suggested in a class conflict context, but their income. With a new element: Biden proposes paying taxes through “unrealized income.”

That is, if someone earned X million dollars because their investments brought in that amount, but they didn’t collect the money and instead left it there — on paper only — they still have to pay tax for that income.

His proposal, however, will likely not be approved. It’s all a game of politics. The Republicans, with their idea not to increase taxes, will vote against Biden’s proposal. And the Democrats need unanimity to make it happen (through the proceeding known as “budget reconciliation,” which only demands half plus one of the votes in the Senate), and that unanimity does not exist among the senators of the governing party.

Ultimately, it’s a political sign to trade unions, university students, young people and the progressives of the Democratic Party, who have felt disappointed by the lack of the concrete social reforms for which they are fighting.

Biden will have made the effort, but it is not going to happen for reasons unconnected to his explicit intentions.

The other sign of Biden’s metamorphosis, expressed in the budget, can be seen on the topic of migration. And again, he responds to electoral logic. His proposal has a focus that is more political than friendly. The funds assigned to bigger detention centers and for the recruitment of more border officers are growing. With May comes the end of Title 42, a law imposed by former President Donald Trump due to the pandemic, which allowed the government to expel asylum seekers ipso facto.

Very well, but the assignment of military forces to protect the Mexican border must be considered, against a possible increase in migration flows from the south of the United States.

Does Biden want to expel migrants?

The answer is no, but the realities of 2022 are imposed upon him and must be balanced out.

Biden is Catholic and of Irish origin. Few minorities in the United States suffered as much as the Irish Catholics (in Mexico we remember the feat of Saint Patrick’s battalion). But Biden is also a politician and this is an election year.

If he feeds the arguments of the Republicans and their media by highlighting, with grounds, that the government has lost control of its southern border by lifting Title 42, the Democrats will be finished in the November elections.

The same thing happened with a president who didn’t know about the world but was acquainted, as few others were, with the border issue, and who sympathized with Mexican migrants: George W. Bush. And his successor, Barack Obama, and his predecessor, Bill Clinton.

Politics, in its practice, imposes limitations. Biden has gone too far.

There is disappointment among migrant rights activists, because of that political focus and the meager quantity of resources that is supposed to be set aside for Central America. They claim that the budget of $987 million requested by Biden for the 2023 tax year, as part of his agreement to assign $4 billion to Central America in four years, is a drop in the ocean.

Again realism prevails: if he made an overgenerous proposal of billions of dollars, the real possibilities of approval in Congress — with internal Democrat divisions (Joe Manchin) and the Republican opposition — are null and void in an election year.

Thus, reality has put Biden to the left of Sen. Sanders when it comes to tax and near Trump in the area of migration.