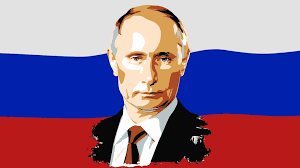 Dmitry Drize on the topic of the Americans supplying weapons to Kyiv.

U.S. President Joe Biden announced a new package of economic and military aid to Ukraine. Among other things, the U.S. is planning to send artillery and military drones to Kyiv. Washington, just like the countries in the European Union, has also banned Russian ships from entering its ports. The Kremlin, in turn, announced this week that it had successfully tested its Sarmat intercontinental ballistic missile. Political columnist Dmirty Drize believes that the conflict around Ukraine is reaching new heights.

A Ukrainian high-level delegation, led by Ukrainian Prime Minister Denys Shmyhal, went to the U.S. on a working visit. The latter met with Biden, after which Biden announced that he will send another $1.3 billion package of economic and military support to Kyiv. In particular, this package includes 72 howitzers and 121 tactical drones. It should be particularly noted, that we are not looking at some old Soviet scrap, which is nonetheless effective in its own way, but at more or less innovative modern weaponry. Along with the European shipments, we can see that a striking force is gathering — especially since, judging by the situation, it is only the beginning.

Besides, we should not forget that new sanction packages against Russia are introduced almost every day. A serious discussion is underway about cutting off the supply of our domestic energy resources. Moscow is reacting to this. In particular, it stated its right to consider Western military convoys as legitimate targets for strikes. It’s important to note, however, that these strikes will be delivered within Ukrainian territory.

Meanwhile, there was a successful test of the Sarmat intercontinental ballistic missile from the Plesetsk spaceport. Here is a quote about it from Russian President Vladimir Putin: “This truly unique weapon […] will make those who, in the heat of aggressive rhetoric, try to threaten our country, think twice.”

Perhaps it did make our so-called partners think, but it seems they didn’t really get the message. Harsh statements are sounding, and they grow personal; they speak of determination and steady hands. A conclusion is simple to draw: The conflict around Ukraine enters a new stage with dizzying speed. In other words, it risks becoming a global one. We won’t use such terms as the “Cuban Missile Crisis;” however, a possible use of nuclear weaponry is openly discussed.

If we are to consider how to evade such a thing, the answer appears to be surprisingly simple — we have to revive the Russian-American dialogue along those “red lines,” the division of the spheres of influence.

Or, to put it more courteously, a dialogue about a new architecture for global security. That will become the exit point. Before that, the stakes will keep steadily rising. How long can this go on? Different time frames are named in the Western media, right up until the end of this year and even longer. We can’t rule out that the Kremlin has accepted the challenge: Let’s play this game and see who is tough enough. As for Ukraine, well, someone has to suffer, as cynical as it sounds. The real problem is that any scenario could be drawn on paper, and yet the reality, as we know, likes to surprise us. With the stakes rising, the price of such a course of action risks becoming staggeringly high. We can’t calculate everything, after all, no matter how hard we try.

About Artem Belov 45 Articles
Artem Belov is a TESOL-certified English teacher and a freelance translator (Russian>English and English>Russian), currently residing in Russia. He is working on a number of projects, including game localization. You can reach him at belov.g.artem@gmail.com