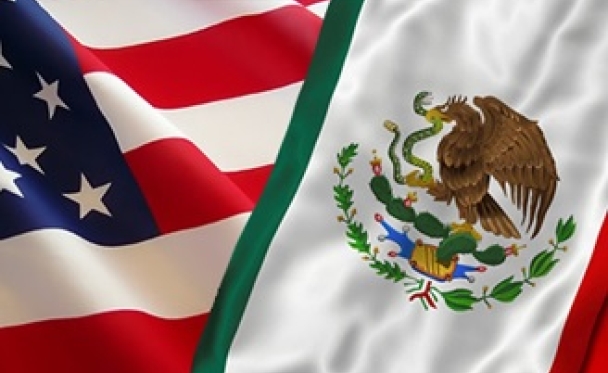 The message from the White House is that the relationship is good and that our country of Mexico is an important ally on every level and on all issues.

The last few weeks have been difficult for the relationship between Mexico and the United States, what with the back-and-forth provoked precisely by these deep ties and the variety of actors and interests involved.

The official message from the White House is that the relationship is good and that Mexico is an important ally, at literally every level and on all issues, particularly migration, which, despite the noise caused by trade issues and disputes, is the major axis of potential bilateral problems.

But the discourse of members of Congress and leaders of the opposition Republican Party is completely different, so much so that Texas Gov. Greg Abbott is speaking of an “invasion” and trying to establish his own border control to brag about after he “forced” governors of Mexican states to adopt better security measures.

Mexico is not only a source of migrants, but also a transit point for an increasing number of individuals looking to come to the United States; the issue has implications literally across the length and breadth of the relationship, not only in terms of its impact on the economy but also on society, certainly on security issues, and even organized crime linked to human and drug trafficking.

The importance of this issue cannot be minimized. Republicans continue to keep the issue before the public as they have decided to use migration and the border as a political weapon to mobilize nationalist groups and those with racist and xenophobic backgrounds against Joe Biden’s administration.

Protests sparked by Abbott’s actions, a governor who is seeking reelection and has national political aspirations, and the negative impact of what Abbott is doing on cross-border trade highlighted the importance of supply chains and the interdependencies created by free trade agreements between the two countries. What’s certain is that in Mexico, there are policy measures with domestic goals that irritate those on the other side of the border.

Presumptive participation in a regional leftist surge is less irritating than the reluctance to criticize the governments of Nicaragua and Venezuela; and, in fact, the Mexican stance toward the invasion of Ukraine has been less irritating than the now historic dialogue with Cuba, which is taken for granted and has at times been useful to Havana and Washington.

Proposed electric and mining reforms have disturbed the American financial sector, which sees the reforms as a sign of the legal uncertainty involved with investing in Mexico and that potentially violate the United States–Mexico–Canada Agreement.

Problems with violence and the political economy of the country are also signs of bilateral difficulties, both in terms of potential economic loss and the growing social integration between the two countries, as well as the possibility of increased migration.

About Hannah Bowditch 82 Articles
Hi, my name is Hannah. I am originally from UK but currently residing in Montreal, Canada, working in a bakery and trying to brush up on my French! I hold a Masters degree in Translation from the University of Portsmouth and a BA in English Literature and Spanish. I love travel and languages and am very pleased to be a part of the Watching America team.