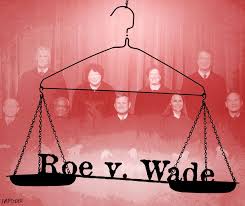 It’s worth paying attention to what is happening to American women — and men. According to a leaked draft of its opinion, the Supreme Court will overturn its previous decisions guaranteeing the right to abortion later this summer, breaking the barrier. In 22 of 50 states, the political right is eager and ready to sharply curtail or eliminate a woman’s right to choose. However, that’s not enough for them; they are already thinking that if they win back Congress and the White House in 2024, they’ll take the entire United States back to the past. Back to when, as Donald Trump believes, everything was great; women just illegally aborted an unwanted fetus and the poor who died from the procedure were just unlucky.

Americans love to imagine themselves as a beacon for the world. Well, it shouldn’t show the way in the case of abortion because it’s going to present a huge problem while the world heads in the opposite direction. Super Catholic Mexico and Colombia decriminalized abortion this year. Argentina decriminalized abortion two years ago and in 2018, Ireland permitted medical intervention with respect to unwanted pregnancy. (On the other hand, there is Poland, which elected a religious fundamentalist.)

According to a 2020 study by the medical journal Lancet, there are fewer unwanted pregnancies in nations that allow abortion compared to those that strictly prohibit the procedure, while in countries that ban abortion, women still abort about half of those pregnancies. On top of that, the number of abortions in the U.S. has been steadily declining since the 1980s and today it’s less than half what it was then.

The matter interests only a small section of society. Demonstrations for and against abortion tend to have far more women than men, yet the proportion is reversed among American politicians. The situation is not as bad as the newly formed ranks of the Hungarian parliament, but essentially men rule women there too. For once, what should leak is the basis men are relying on to do so.

About Adam R. Johnson 39 Articles
Graduate student working on his MA in International Security at the University of Denver, Josef Korbel School of International Studies. Raised in Budapest, Hungary, Adam enjoys utilizing his Hungarian language skills and hopes to use it in a future career in homeland security.